The teacher asks the class: “Did you know that elements contract in the cold and expand in the heat?” Vovochka raises his hand… This is how anecdotes, a particular type of a Russian joke, often start out. With April Fools' Day just around the corner, we’re taking a deeper dive into this cultural phenomenon that is the most popular form of Russian humor. 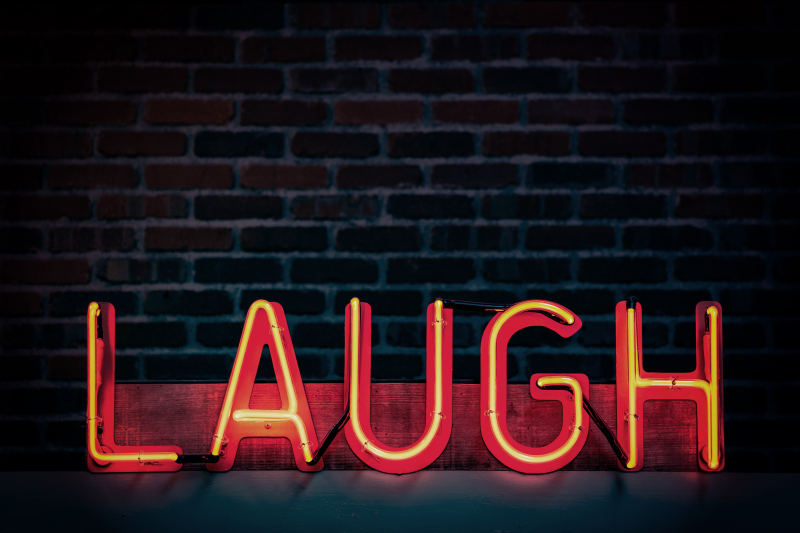 First off, let’s clear up one potential misunderstanding. In English, the word anecdote refers to “a short amusing or interesting story about a real incident or person”;that was once the case with the Russian language, as well. But starting in the early 20th century, its meaning changed, and anecdotes became fictional short stories told for the purpose of having a good laugh. This also marked the beginning of their unceasing popularity.

So, what is it that makes anecdotes different from regular jokes? Sure enough, humorous stories like the ones in Tarantino's early movies are much the same, and a Russian would refer to them as anecdotes. But in Russia, telling anecdotes is also a unique form of creativity, and a much cherished pastime. Anecdotes are considered a form of folk literature, and have many traditions associated with them.

When you’re telling an anecdote, it doesn’t really matter if everyone already knows it. In fact, telling a borodatiy ("bearded", i.e. very old) anecdote in a new or somewhat different way is much appreciated; also, knowing the same anecdotes often makes people experience a feeling of fellowship.

Quotes from popular anecdotes may be used to explain complex sensations or situations, and some people even have “signature” anecdotes that they tell times and times over and no one ever gets bored of it. On the other hand, failing to tell a good one in a humorous way or telling a ploskiy (“flat”, i.e. unfunny) anecdote can spoil everyone’s mood or make you the laughing stock of a group.

As you can tell, Russians take their anecdotes quite seriously. In fact, there have been times when telling political anecdotes was a potentially capital offense, and yet that only contributed to their popularity. Actually, people even joked about it!

So, what can Russian anecdotes be about? Well, everything and anything: politics, stereotypes, nationalities, professions, religion, life and death. Joking about tragedies or tabooed topics is also ok, and most people consider the use of explicit language acceptable if it’s essential for telling a particular story.

Some of the anecdotes also have recurring characters, and constitute entire series of jokes with their intrinsic quirks and similar patterns. Here’re a few of the most popular ones:

Vasily Ivanovich. Based on the real historical figure of Vasily Chapayev, a Red Army hero, this character is often accompanied by his aide-de-camp Petka, Anka the Machine-Gunner, and commissar Furmanov, who are also based on real people. The jokes follow their different adventures in the times of the Russian Civil War and often feature Chapaev explaining various phenomena in a simplistic (and funnily erroneous) manner, or giving absurd orders.

Vasily Ivanovich is resting in a cabin; Petka is on the lookout. "Vasily Ivanovich, the Whites are coming!" "Take this grenade, Petka, and scare them away!" Petka rushes out and throws the grenade at the Whites. "Scared them for good, Vasily Ivanovich!" "Well done, Petka. Now give me my grenade back".

Stierlitz. The main character of a popular spy novel and an even more popular Soviet TV-series, Stierlitz is a Soviet intelligence officer in the midst of Nazi Germany. The anecdotes about Stierlitz are usually based on grotesque wordplay or parody the events of the original movie by reducing them to absurdity.

While wandering the streets of Berlin, Stierlitz noticed people staring at him suspiciously. "They’ve spotted me! I wonder why. It could be my masculine Russian features... or could it be the parachute on my back?”

Rzhevsky. Poruchik (first lieutenant) Dmitry Rzhevsky is a fictional hussar and the character of some of the most explicit Russian anecdotes. Their usual plot has to do with Rzhevsky startling the high society with his straightforward manners and futile attempts to blend in. Most of the anecdotes also feature characters from Leo Tolstoy’s novel War and Peace.

“I know a clean joke about Poruchik Rzhevsky”

-- an anecdote in itself.

Sherlock Holmes and Dr. Watson. Surprisingly enough, Sherlock Holmes and Doctor Watson are also among the most popular characters of Russian anecdotes, which largely has to do with the popularity of a namesake Soviet film series. Most jokes feature Holmes saying "Elementary, my dear Watson!" and providing a seemingly logical explanation to an absurd situation they have found themselves in; mimicking the voice of actor Vasily Livanov who played Holmes is an essential part of the joke.

Sherlock Holmes and Doctor Watson are camping in the woods. In the middle of the night, Holmes wakes Watson up.

Holmes: Watson, look at the sky above us and tell me what you think.

Watson: The sky is clear, I can see the stars. I deduce that we’ll be having great weather tomorrow! What do you think?

Holmes: Elementary, my dear Watson! Someone stole our tent.

Vovochka. Arguably the most famous character of Russian anecdotes, Vovochka (a diminutive form of Vladimir) is an elementary school student who drinks, smokes and uses obscene language. Vovochka is often found debating with his teacher, Maria Ivanovna , on how a “real adult” should behave, or reflecting on his “tough life” in a somewhat philosophical manner while dozing off at his desk.

Remember the anecdote that we started with? Well, Vovochka’s answer - and probably his cleanest response ever - was: “Of course we know about the elements. That’s why winter break is shorter, and summer is longer".