I’m not really a fan of various New Year traditions; I don't like the obligatory exchange of presents, and chopping down live trees just to throw them away in a week’s time doesn’t sound like a good idea, either. Still, there’s one custom that’s sacred to me – and that’s the New Year’s dinner, which is a very special event for almost every Russian. And since you can’t have a meal without food, it is the traditional Russian New Year foods that will be our topic today! 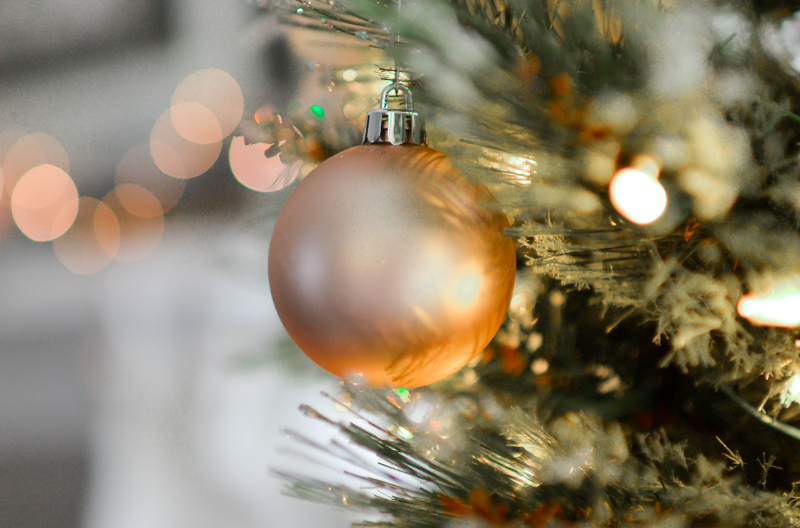 Olivier salad. In many countries, it goes by the name “Russian salad”, which kind of speaks for itself: in Russia, it’s one of the most popular festive dishes and a must-have for a New Year’s meal.

The name stems from a 19th century Belgian chef who worked in a famous Moscow restaurant and invented a unique salad which no one was able to recreate. While the original recipe remains a secret, the modern-day Olivier salad is ingenious in its simplicity: given enough time and ingredients, it can be made by just anyone. All you have to do is to boil some meat and vegetables, mince them together with pickles, and mix it all with lots of mayonnaise.

As a “proper” New Year’s Olivier salad has to be homemade, many people like to experiment and add their own special ingredients, so praising the salad’s taste and asking what’s in it is a good way of complimenting the host.

Another essential thing about a New Year's Olivier salad is that there has to be plenty of it, which makes this dish arguably the most common after-celebration morning grub.

Dressed herring. Another popular Russian salad often associated with the New Year. Its Russian name is quite peculiar – селедка под шубой, which literally translates to “herring under a fur coat”. The salad itself is composed of layers, with a layer of herring underneath layers of potatoes and beetroot, covered with a mishmash of eggs and sauce. Despite its strange appearance, the dish is surprisingly delicious and filling.

Vinegret. The third traditional salad, and the only safely vegetarian dish on a Russian New Year’s table. Light, tasty and easy to make, it generally consists of boiled vegetables and even looks festive due to the abundance of beetroot and green peas. Also perfect for eating straight out of the fridge on January 1.

Butterbrots. Let’s face it – drinking is also an important of a Russian New Year’s celebration, so starters and snacks are an essential part of a New Year’s table. The most common type is butterbrots (literally bread and butter, a word of German origin), i.e. open sandwiches. The ones with salmon or salmon roe on top are the most popular ones. If you plan on surviving a New Year’s party to the end and waking up with a fresh head in the morning, remember to have at least a bite after every shot!

Aspic. Or kholodets in Russian, it is the kind of dish that may appear suspicious: a strange-looking jelly with a barely distinguishable something inside. Worry not: this jiggly mass is made of meat broth and, much unlike most New Year’s dishes, is considered healthy food. Making a good kholodets takes much time and effort, so you should definitely try it at least once.

Champagne & tangerines. Finally, these two things might well be the most important components of a New Year’s meal. Raising a glass of champagne to the New Year’s chime is a long-standing tradition, and tangerines have been associated with the New Year since the Soviet times, mostly for the fact of being the only available “exotic” fruit in December. If you ask me what New Year smells like, tangerines will be my answer.

It doesn’t matter where you celebrate the New Year - at a food-laden table or stranded on the road: as long as you have champagne and tangerines, you can have yourself a proper New Year’s meal anywhere!