The New Year is almost here, and tomorrow evening will be celebration time. There will be congratulations, speeches and toasts – so let's learn a few basic expressions that’ll help you join in on the fun! 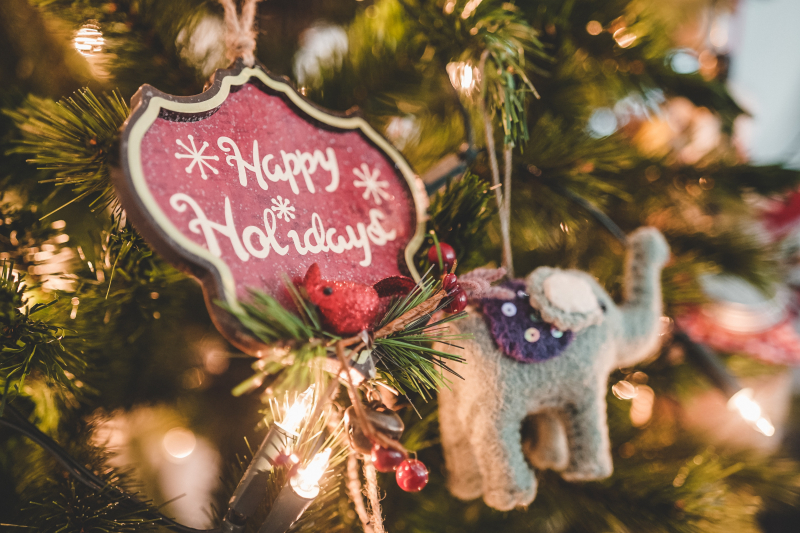 Let’s start with the words associated with congratulations. In Russian, you congratulate people by saying “Поздравляю с … ” (pozdravlyau s, I congratulate you + with) and adding what exactly you congratulate them on, or just stating the occasion, which in our case is the New Year: “C Новым Годом!” (s novym godom!). Basically, the longer version is the more formal one that’s usually used in writing, and the shorter one is what's used in the common speech.

Another simple way to say congrats is “С наступающим!” (s nastupayushim) - literally “(Congratulations) on the approaching (holiday)”, and that’s something you’ll hear a lot in the days preceding the holiday itself. While most Russians are often somewhat cold and formal, the New Year can be quite a pleasant exception: congratulating just any person you speak with is considered polite behavior.

In this sense, you usually say the congrats at the end of a conversation (for example after you’ve made a purchase at a shop or paid your bus fare), and a proper response is also expected. The simplest way is to say "и вас тоже" (i vas toje, “and you too”). Or you can simply respond by congratulating the speaker as stated above, or even repeating what they’ve said to you.

Finally, if you happen to celebrate the New Year in a company of Russians, or do it Russian-style, here are a couple of things about how that goes. The pinnacle of a New Year’s celebration isn’t about giving presents and not even the New Year’s dinner, but the old-standing tradition of raising the glasses to the New Year’s chime at the last seconds of the passing year. Once the New Year begins, everyone starts congratulating each other, wishing everyone whatever they’re wishing, and partying.

While the most popular toast on New Year’s eve is С новым годом!, and the subject of Russian toasts deserves an article of its own, there’s a simple one that’s both very Russian and easy to remember. Whenever glasses are raised, you can just say “Будем!” (budem), which can be translated as “let us be!” – a simple yet pithy toast that will make you welcome in any company.

Well, I guess that's it for today. We wish you best of luck in the coming year, and - с наступающим!