Being a good egg and staying at home to protect yourself and others during the pandemic? Here’s your reward: now and on this weekend, tune in to watch first-class performances by the world’s best opera houses from the comfort of your couch! Here’s a short overview of what’s on offer. 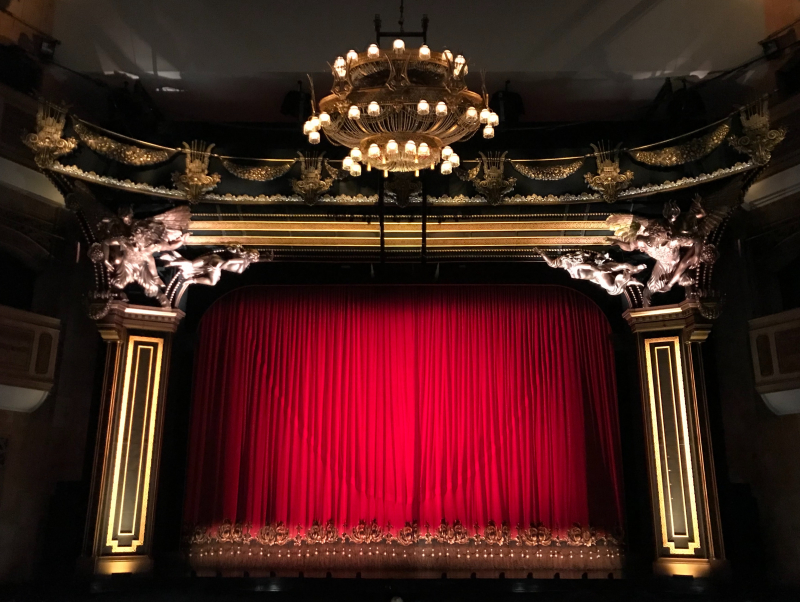 The opera strikes back, as The Met’s Nightly Opera Streams are going into their second week, dedicated to the monumental masterpieces of Richard Wagner – “operas that often depict destruction and strife, but also offer hope for redemption and rebirth – a message that resonates now more than ever,” says the world-renowned opera house. This Saturday March 28, watch the stirring (and diverting!) Die Meistersinger von Nürnberg, masterfully conducted by James Levine, and on Sunday March 29, indulge in The Met’s acclaimed production of the iconic early Romantic opera Tannhäuser.

The epitome of top-notch performative arts, the streams are completely free and available for the period of 23 hours, from 7.30pm EDT until 6.30pm the following day (that’s 2.30am to 1.30am in our seven-hour-ahead MSK realities). Three words: don’t. miss. out!

As part of its #OurHouseToYourHouse initiative, the UK’s Royal Opera House will be offering a free program of curated online broadcasts, musical masterclasses and cultural insights that provide a unique opportunity to look behind the scenes of one of the world’s most celebrated cultural institutions.

The program is to be expanded and updated, but as for now, the following productions will be offered on demand and for free via the ROH’s Facebook and YouTube channel:

As for this weekend’s program, you can listen to the broadcast of a Beethoven favorite Fidelio on Radio 3 at 9.30pm MSK on Saturday 28 March. It’ll also be available later as a recording here.

The ROH also invites everyone to take advantage of the free 30-day trial period on Marquee TV, which is an international multi-genre performing arts streaming service packed with performances by the ROH as well as the Globe Theatre, Donmar Warehouse and other cultural establishments.

Another big name in the world of opera, the Vienna State Opera has also generously decided to console culture buffs with daily broadcasts of swoon-worthy recordings of its previous opera and ballet performances on its website, available worldwide and free of charge. Streams start at 9pm MSK and remain available for 24 hours – note that you have to sign up here to access.

This weekend’s program includes the January 2019 performance of the Wagnerian drama Götterdämmerung, where gods and a miscellany of other beings are tangled in an epic, end-of-times war, for Saturday March 28, and the good old heart throbber Roméo et Juliette, conducted by none other than Plácido Domingo, for Sunday March 29.

Before the clock strikes twelve on March 31, you still have time to access more than 600 concerts of the incomparable Berliner Philharmonie, including 15 concerts with the new chief conductor Kirill Petrenko. “We hope that through this initiative we can give pleasure to as many people as possible with our music. We already miss our public very much and hope that in this way we can remain in contact with our audience at least virtually,” says Olaf Maninger, principal cellist and chair of the Berliner Philharmonie orchestra’s media board, while we’re sobbing in appreciation.

The Paris Opera is yet another prominent house of culture to show solidarity with the confined in France and all over the world by offering its most beautiful ballets and operas to stream from its website for free.

This week, we’re being plied with the excellent 2019 production of Mozart’s Don Giovanni, based on the adventures of the infamous fictional libertine Don Juan. Here’s what you can expect for the following weeks. Bon visionnage!