Spring to Your Feet: Parks and Activities in St. Petersburg

It’s taken a while for spring to get a hold on the city, but now that it’s here, it’s time to shake off the winter-induced drowsiness and get your blood pumping or just embrace the fresh air. The next few months are going to be much more welcoming of outdoor pastime and active leisure. And if you’re not sure where to start, we’ll give you a few leads. 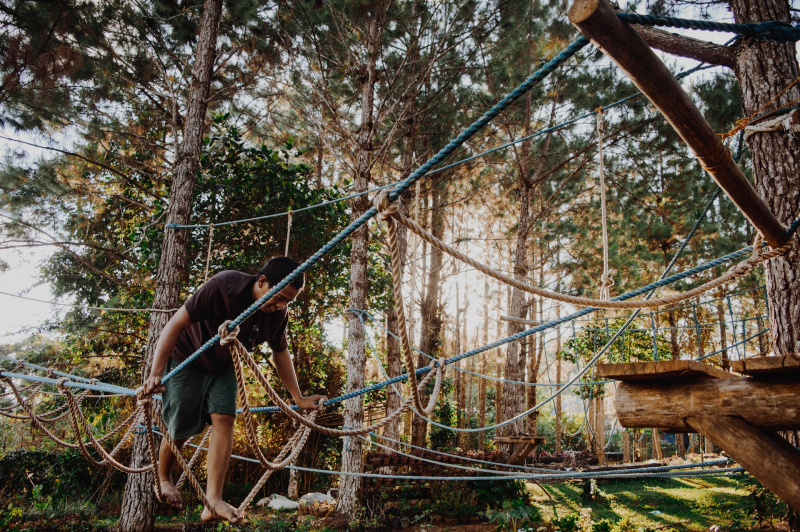 Despite its urban sprawl, St. Petersburg has no shortage of parks. It’s a great way to get away from the city bustle without having to spend an hour on the suburban train. Sit in the shade with a book, bring someone along for a picnic or even do your work or studies on the green. After all, the Coffee Shop Effect is real and doesn’t apply only to coffee shops. It’s not that hard to find a park in our city, but there are a few that are beloved the most by city dwellers and also offer free Wi-Fi:

Kirov Park, most commonly known in the city as Yelagin Island, is probably the most popular. Entrance is free on weekdays, and there’s a small entrance fee on the weekends; however, students get discounts. By the way, on May 19-20 the park will host the annual Tulip Festival: 160,000 tulips of 130 different species will be in bloom for several weeks afterward.

The Park of the 300th Anniversary of St. Petersburg offers great views on the Gulf of Finland, the Zenit Arena stadium and Europe’s tallest skyscraper Lakhta Center. The New Holland park-slash-public space, its complete counterpart, is cozy, hip and home to numerous restaurants and boutiques. Moskovsky Victory Park in the south of St. Petersburg is also a great park with plenty of serene spots and cool ponds to sit by. Alexandrovsky Park near the Peter and Paul Fortress is a popular student hangout due to its proximity to ITMO University’s main campus. Then, of course, there is the two most popular and iconic of St. Petersburg’s parks - the Summer and Mikhailovsky gardens.

Romantics among us would probably love to go boating, too. Yelagin, Moskovsky Victory, and Ekateringof parks, as well as many others in St. Petersburg’s suburban towns rent out boats and paddle boats for reasonable fees. It’s a great way to partake in a light workout while enjoying nature. Keep in mind that you’ll need to provide a passport or a larger payment (approx. 2-3 thousand rubles) as a security deposit.

If you’re more partial to active leisure, why not go for a run? Many of the above parks are very popular among the city’s runners, and it’s easy to find a running buddy if you’re not a fan of going alone. Dedicated runners should probably start amping up their regimen, as the 29th White Nights Marathon is in just three months! Don’t worry, it doesn’t actually take place at night, but it will take you through some of the city’s most picturesque spots.

Running too “regular” for you? There’s plenty of more complex sports in the city. Take climbing, for instance: St. Petersburg doesn’t have a lot of mountains, sure, but that’s why indoor climbing was invented! Some of the more popular climbing clubs in the city are: Luch (Dinamo Av. 44), a bouldering gym that’s part of the Dinamo stadium complex; Tramontana (Bronnitskaya St. 24), a rope and bouldering gym with lots of varied trails and a sauna to boot; and Igels (Obvodny Channel Emb. 134-71), a combination rock climbing and parkour/acrobatics center, as well as home to Russia’s largest campus and system board.

One activity that’s blowing up right now among citizens of St. Petersburg is aerial adventuring, which involves traversing varied obstacle courses among tree canopies; or columns and platforms, in case of indoor adventuring. Ziplining, rope-climbing and rope-walking are just a few from the list of many. One especially popular spot is Greenvald Park Scandinavia, an out-of-town venue that offers plenty of activities, lodging and even fishing; if you’d like something closer to the city center, there’s also Norway Park on Yelagin Island; there’s nearly a dozen others worth checking out, too.

Finally, if you’re a fan of unusual experiences, there’s nothing more out-there than indoor skydiving. Jump into a flight suit and experience the adrenaline and freedom of free flight without all the dangers (and expenses) of actually jumping out of an airplane. For instance, FlyStation has the world’s second largest wind tunnel! Butterfly and AeroDream are two other popular wind-tunneling clubs.