Scientists from ITMO University together with their colleagues from the UK, Italy, and Russia examined the structure of human spatial abilities. These are the skills people use to navigate from point A to point B and solve a wide range of math problems. The study showed that these abilities structurally resemble a giant network with compass navigation being its core element. The researchers suggest that the improvement of navigation skills using cardinal directions may lead to the improvement of other spatial abilities, as well. Their work can potentially help create recommendations on how to enhance the learning process. 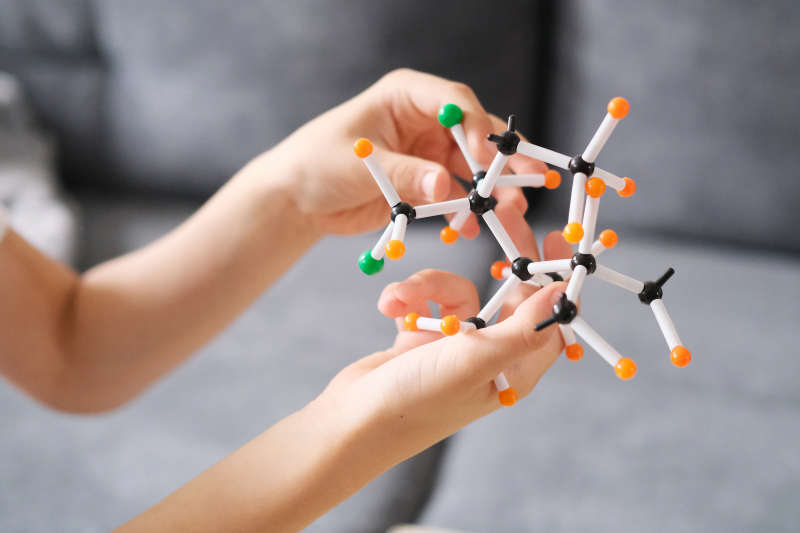 People use spatial abilities to process visual and spatial information, for instance, to visualize objects and measure distances, as well as understand their position in relation to them. These skills come in handy not only when dealing with everyday tasks, for example, when we have to find our way using a map or a compass, but also in various professional domains. For example, the spatial ability of an individual can be used to predict their future success in STEM. As noted by Maxim Likhanov, the head of ITMO’s Center for Educational Neuroscience, in 2013, American scientists measured the spatial abilities of 13-year-old students to demonstrate the method’s relative efficacy in foreseeing how many publications and patents they will have under their belt by the time they turn 40.

Although there are many ways to improve spatial ability (e.g. video games or team sports), it requires knowing which aspect of spatial ability to train and how to do it best.

“For over 30 years now, scientists have been puzzled over whether spatial abilities are one skill or many different ones. Is it a singular ability with multiple aspects or a set of mutually beneficial skills? This confusion prompted us to look into the structure of these abilities, as it's important to answer this question to realize how many methods should be used to test and develop skills in students,” explains Maxim Likhanov.

The researchers from ITMO’s Center for Educational Neuroscience, the Laboratory of Developmental Psychogenetics of the Russian Academy of Education, the Laboratory for Cognitive Investigations and Behavioural Genetics of Tomsk State University, the Department of Psychology at the University of Milano-Bicocca and the University of London, offered 958 Russian students to undergo16 psychometric tests. The first part of the study required participants to perform online tests where they had to build or protect a castle and the second one – to investigate a case in a virtual city within a specified time limit. The results of the first part of a test battery showed how well the students can visualize a cross section of objects, merge objects, and find their way out of a maze, whereas the second part was meant to  test their abilities to follow a compass, memorize routes, analyze surroundings, etc.

After that, the scientists explored the obtained data to evaluate correlations across students’ performance in all tests. The results showed that all theoretical models, including a model that assumes a single general spatial ability, are equally efficient. At the same time, the scientists concluded that all facets of spatial abilities are mutually linked. To understand the nature of these complex interrelationships, they turned to network analysis, namely, Gaussian graphical model networks (GGMs) – a method widely used in psychological research (e.g. to examine the relationship between the symptoms of anxiety and depression).

As a result, the researchers were able to identify the so-called hubs that form a vital link between all spatial abilities. Though a network can have several centers, navigation according to directions (i.e. ability to navigate using a compass) were shown to be the most critical one.

“These network hubs can help us understand how to teach students and enhance their spatial skills more efficiently. Specifically, we believe that if one trains navigation according to directions, the effect of training will transfer to other aspects of spatial ability and as a result performance in all other spatial ability tests will also improve,” notes Maxim Likhanov. “The expected effect of training in this case will be similar to that of a post on the web that went viral.”

Now, the research team has to experimentally confirm that training of navigation skills enhances other spatial abilities. Once it is proven, they will be able to offer recommendations on how to improve the learning process and adapt it for students’ needs. In addition to extensive amounts of visual content (charts and schemes), level-up math tasks, specialized contests, classes on robotics and microelectronics, the team suggest using other methods to train spatial skills, including video and VR games, as well as trail orienteering.

Apart from that, the scientists plan to provide further insights into the links between spatial skills and achievement in different fields. It was shown robustly that math skills are tied to various aspects of spatial skills. That is, an individual who is good at solving mental rotation tasks is supposed to be better with aspects of math that are more spatial (e.g. geometry) rather than abstract and logical problems (algebra). Nevertheless, the researchers are yet to confirm or disprove these hypotheses.

And last but not least, one of the promising directions of further research lies in the analysis of female and male spatial abilities. If the study shows that girls’ spatial abilities are structured differently, the scientists will be able to transform the existing learning programs to narrow the gender gap in STEM – for instance, by offering them custom strategies to solve spatial tasks.

The study is supported by a Russian Science Foundation grant (No. 20-78-10135) and ITMO Fellowship and Professorship program.