Robots can behave like humans and even more — they are now able to solve difficult tasks like picking up waste in inaccessible places. The slogan for the World Robot Olympiad of 2016 is «Rap the scrap!», as its participants are going to present robots for sorting, processing and disposing of waste. 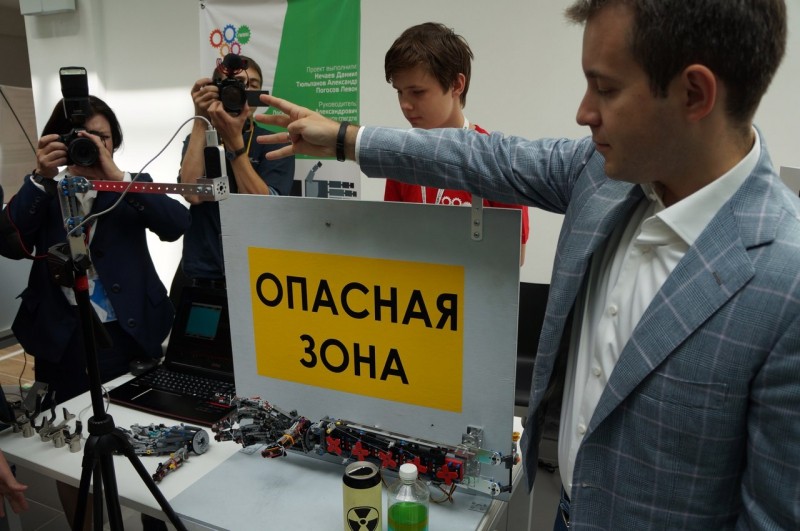 This year, four robotic projects from Russia were nominated for participation inthe World Robot Olympiad 2016, two of them are supervised by ITMO University’s Youth Robotic Center. Elementary and high school students from Moscow and St. Petersburg will represent Russia at the competition on November 25−27 in New Delhi.

The World Robot Olympiad takes place annually since 2004. Nowadays 54 countries have joined the competition. Hosted by a new country every year, the WRO fuses together more than 1,500 gifted young people aged from 10 to 21. According to the rules, robots should be made of LEGO details. The competition includes three categories — regular, open, and also robot football game. All of the participants are divided into several sub groups according to their age. The Youth Robotic Center was organized on the base of the School of Computer Technologies and Controls. Its' two projects, «Pure Arctic Regions» and «Robotic hand», have reached the final. Headed by Igor Lositsky, engineer of the Department of the Control Systems and Informatics, the «Pure Arctic Regions» project won the Russian Robot Olympiad. The Robot made by young engineers solves one of the most important ecological problems — it picks up empty fuel barrels that are not collected and recycled. The robot determines barrels' location, picks them up and takes them to the press machine. Pressed barrels are easier to gather and then transport to the Big Land. The judges of Robofinist appreciated the device during the festival, which took place last weekend in St. Petersburg. The impressive robot picking up soft drink cans serving as imitation of fuel barrels took the first prize in the Open Category of the mid-level age group.

The «Robotic hand» project, which was also made under the guidance of the Youth Robotic Center, is a robotic arm managed by 3D sensor, thanks to which it determines the position of a real arm without touching it. The robot will be very useful for different tasks that are dangerous for humans, where mobility and grip are needed. Everyone can use it easily without any preparation. Apart from young engineers from the Youth Center two other Russian teams will also take part in the WRO. The students of Moscow’s High School № 354 have developed a project called Rustechno. The members of Saint Petersburg team from the School № 239 are going to present a robot for picking waste in the open sea.

Russian participants usually show high results at the WRO, so we can expect a lot. In 2015, high school students from Russia won four prizes.