Russian scientists discovered meadowsweet activity in preventing neurocarcinogenesis in rats. Having increased risks of rodents to get cancer, the researchers proved that those animals, which were given the meadowsweet decoction instead of water, had the number of brain and spinal cord tumors reduced by two and three times respectively. According to the scientists, the work determines a further research path in the field of natural cancer inhibitors. The experiment results were reported in Journal of Neuro-Oncology. 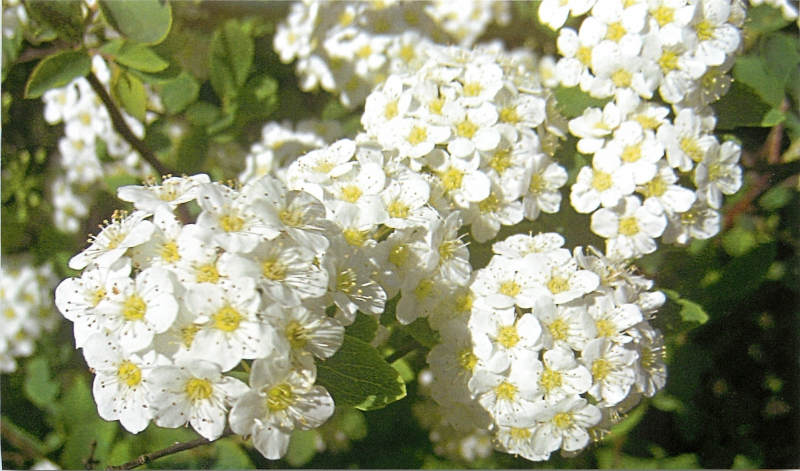 Nervous system cancers affect mostly children. The growths in the brain and spinal cord are the second-placed by frequency in the pediatric oncology. Until now, no medications which could prevent the development of these tumors, were known. But the new research carried out by the staff of N.N. Petrov Research Institute of Oncology and ITMO University in Saint Petersburg in collaboration with Central Siberian Botanical Garden in Novosibirsk, Russia, showed that meadowsweet decoction may be used as a basis of a diet for preventing nervous system cancer.

Meadowsweet is a perennial herb growing in forests of the Northern hemisphere. For a long time, decoctions and ointments made of this plant have been used in folk medicine as antiseptic, anti-inflammatory and anti-toxic agents. In the work, the researchers used a decoction of small yellow-white meadowsweet flowers.

With this decoction, the scientists managed to significantly inhibit developing tumors of nervous system in rats. "Thanks to the high concentration of flavonoids and salicylates (for almost 80%) the meadowsweet stands out form other herbs and synthetic drugs we studied earlier. By the number of active components, it can compete even with such a popular health drink like green tea, but meadowsweet is caffeine-free. In addition, the meadowsweet is safe for long-term consumption, while synthetic substances that selectively suppress cancer, can cause deafness, disrupt the growth of healthy cells or even stimulate tumor development in other organs," notes Vladimir Bespalov, oncologist, head of Laboratory of Cancer Chemoprevention and Oncopharmacology at N.N. Petrov Research Institute of Oncology, professor of ITMO’s Department of Food Biotechnology.

To test the inhibitory activity of meadowsweet, the scientists got a rat generation with the high risk of nervous system cancer. The researchers used a method of transplacental carcinogenesis. The researchers selected several pregnant rats and the day before childbirth, injected them with ethylnitrosourea. It is established that this mutagenic and carcinogenic substance penetrates through placenta to a fetus where provokes the tumor growth in nervous system.

Three weeks after the birth, the cubs were divided into two groups of about 60 rats. The first group got usual food and drink, but the second was given the decoction of meadowsweet flowers instead of water. To create perfect conditions for experiment, the scientists randomly chose 87 rat pups whose mothers had not been injected with the carcinogen, and defined them as the third control group.

During the next two years, the researchers daily examined the animals, weighing them and identifying new tumors. 38% of rats from the control group had various tumors, but none of them affected the nervous system. On the contrary, most tumors found in rats from groups 1 and 2 hit these organs. All the first-group rodents got cancer, often multiple. Among the total tumor number in this group, 86% went to the brain and 43% - to the spinal cord, 29% were found in peripheral nerves, and 31% - in the kidneys. In the second group, the tumor incidence fell by 2 times for brain, and by 3 times — for spinal cord.

In general, the meadowsweet decoction reduced the number of rats with tumors in various organs by 1.2 times and increased the time until the first cancer signs. Denis Baranenko, head of International Research Centre "Biotechnologies of the Third Millennium" at ITMO University, says: "Our results are really impressive, but they are not enough to recommend the meadowsweet to people. Firstly, we should carry out additional experiments to examine safe and effective dosages for different population groups. Our next step is to create a special food for cancer preventing to prove their efficiency and safety scientifically".