Recently, an Indian student who came to study at ITMO commented on how organized the transit system is in St. Petersburg. I wasn’t sure what he meant by that. Maybe he was impressed by how everything comes on time or the fact that you can take public transport to the most obscure parts of the city. Now, I think he was talking about all the unwritten rules that every local knows… how to navigate the mysterious world of public transportation. 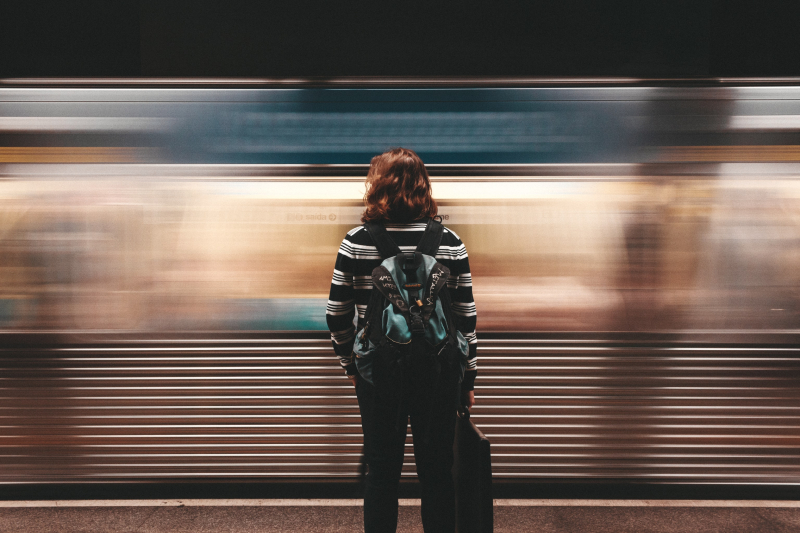 St. Petersburg, like any large city, is renowned for its heavy traffic. The metro is basically everyone’s savior. But there are some things you need to consider when you choose this mode of transport.

First of all, to make it down to the platform (and back), you need to spend a substantial amount of time standing on escalators. People quickly organize themselves in single file standing on the right of the escalator. It doesn’t take long to figure out that it’s the norm because within a few seconds someone will rapidly race down the left side ready to push you down.

Once you get to the train itself you also need to keep to the system. The doors open and people start pouring out of the train. If you think you’re clever by standing right in front of the door, you may quickly get pushed over. Those trying to get on the train align themselves in a wing formation to the left and right of the train doors, so that you can jump on as soon as all the other passengers have alighted.

For those catching the bus, you may have acquired the transport card and proudly swiped it when you entered, but don’t put it away just yet! Most buses have a conductor who walks up and down the bus checking that everyone has paid their fare and selling tickets. This means that you need to swipe your card twice. Once for yourself, and once for society. Yes, it’s a broken world.

If you’re planning to rest your legs after a long day during peak hour, think again. Once you’re on the metro or bus, you must make sure to give up your seat to the elderly, children, pregnant women and handicapped people. If you don’t, people might stare you down or tell you off, or you just might feel extremely guilty for not caring about others. There are plenty of elderly and children catching the metro every day, so don’t be surprised if you don’t get a seat at all.

In the metro, and in the bus, if you’re standing you must hold onto the handrails. To this day I still refuse to touch anything in the metro, which often makes people look at me weirdly, especially when I fall over. Yes, it’s pretty wise to hold on to a handrail of some sort, even if it’s uncomfortable or germ-infested. Locals have a well-developed habit of washing their hands immediately upon entering their homes to avoid said germs.

There are rails on both sides of the train but even if your arms are long, they aren’t there for you to stand in the middle with your hands on both sides. Stick to one side and don’t stand directly in front of the seats, thus blocking others from sitting there and yet not sitting there yourself. You’re basically taking up two spots in the overcrowded car.

And now to the main attraction: what I call “the shuffle”. If you are trying to get out of the train or bus during peak hours and find yourself squished between five different people, there’s an entire unwritten procedure in place. Once people are done exiting at the stop just before yours, this is your chance to head towards the doors. However, you can’t just push your way through - these are educated people we are talking about. You usually have just a few minutes before your stop to politely ask each person obstructing your path towards the door if they’re getting off at the next stop “Вы выходите?” [“Vi vikhodite?”]. If you aren’t getting off, you have to somehow swap places with the person who is, which is much harder than it sounds when you’re in a crowded bus or train.

If you try to avoid getting stuck in the middle of the train by standing close to the door the entire time, it won’t work. In order to effectively participate in the shuffle, make sure you don’t have headphones on with loud music, and if you don’t understand what’s happening and why someone is talking to you, you can safely assume this is why. That’s the only reason why anyone has ever talked to me on public transport.

So if you’re out and about till late any day of the week, you can easily find your way home by public transport, just follow the rules! The metro runs till just after midnight, and most ground transport continues to run well into the morning. In some parts of the city you won’t even realize it’s late in the night because the streets are still very much alive!