This Weekend in St. Petersburg: August 18-19

This week’s highlight is undoubtedly the Geek Picnic festival, one of summer’s biggest events for all pop-culture, sci-fi and science lovers. But even if that’s not your thing, there’s plenty more to do and see. Here are the highlights of this weekend in St. Petersburg: 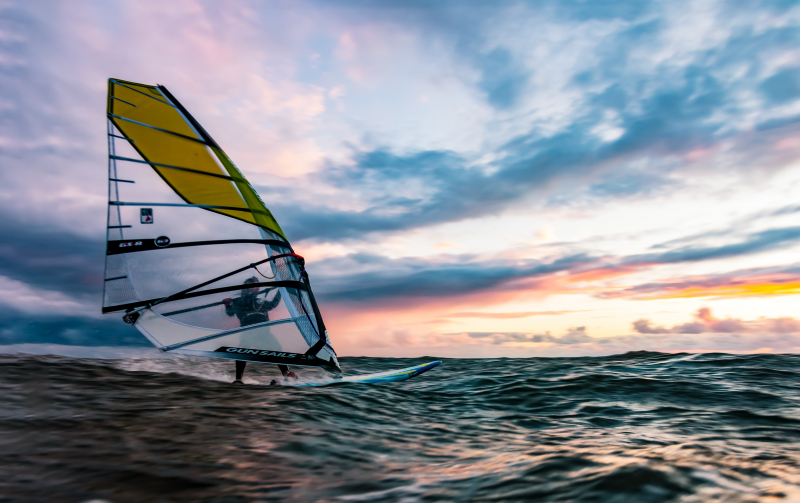 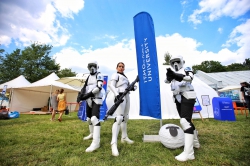 Russian fans of science and sci-fi joyously await each year’s Geek Picnic, one of the largest open-air festivals of its kind. This year’s theme is Human Evolution. With an extensive line-up of “edutainment” events, including cosplay shows, workshops, lectures by Russian and international scientists, concerts and exhibitions, there’s something here for everyone from amateurs to die-hard fanatics. Ticket prices range from 1,000 rubles for a single-day ticket to 2,600 rubles for a family of four and can be bought on the official website. 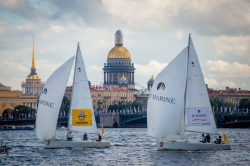 This year’s Baltic Yachting Week coincides with the 300th anniversary of the Nevsky Yachting Club, established by Peter the Great back in 1718. Among the events are: a sailing regatta on the River Neva, exhibitions and open-house days at various museums and yacht clubs. On August 17-19, two sailboats moored at the Peter and Paul Fortress, “Lady L” and “Hope”, will be open for visitors who want to learn more about the inner workings of these magnificent ships. The complete extensive program can be seen here. 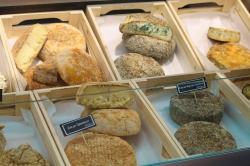 More than 30 cheese producers from St. Petersburg and other regions will come together for the joy of all cheese lovers. If the words “camembert”, “tête de Moine”, “mimolette” or “halloumi” produce a desperate rumble in the depth of your stomach, then this is the event for you. Activities at the event include cheese and wine tastings, raffles, competitions and even a “cheese casino”! 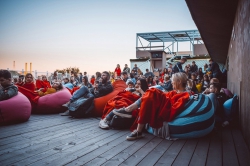 Mozart on the Roof

Classic performances and experimental renditions of the works by Austria’s (and perhaps the world’s) greatest composer: all this on a roof with a splendid view of St. Petersburg and a bar! What’s not to like? Entrance is 1,000 rubles (2,500 for VIP seating). Buy your tickets here. 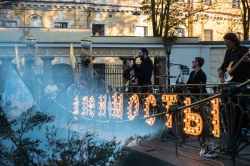 This year, the festival that traditionally features street bands playing on the city’s pedestrian bridges has relocated completely to the Sevkabel Port event space; nevertheless, it promises to be a beautiful and entertaining celebration of jazz and street music with concerts, dancing, games and much more. Most activities begin at midday, while the concerts start at 7-8pm and last until 9:30pm. Entrance is free. 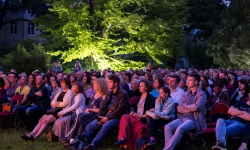 A great chance to get away from the city bustle without traveling too far: the St. Petersburg Botanical Garden will be host to Summer Music Park, a festival of classical and modern symphonic music. On Friday, August 17, violinist Dmitry Ganenko’s band will perform classics of rock music and modern hits, such as Queen’s “Show Must Go On”, AC/DC’s “Thunderstruck” or even the theme to Game of Thrones, with violins and keyboards. On Saturday and Sunday, symphonic orchestra A Tempo Orchestra will perform music from Star Wars, Harry Potter, Pirates of the Caribbean and other legendary films with time-tested soundtracks. Ticket prices for each day range from 1,000 to 3,900 and will cost more on the day of the respective concert. Buy tickets here.