Terahertz technologies hail a new era where blood tests are much more accurate, and Internet faster. All this is thanks to nanomaterials and their unique properties. One of the leading researchers in this field, Ilya Anoshkin joined ITMO University’s teaching staff via the ITMO Fellowship program. In spite of his extensive and successful experience of working in Finland and Sweden, he is reluctant to call himself a scientist. ITMO.NEWS met Ilya to find out why, and to talk about the technologies of the future and his take on teaching at ITMO. 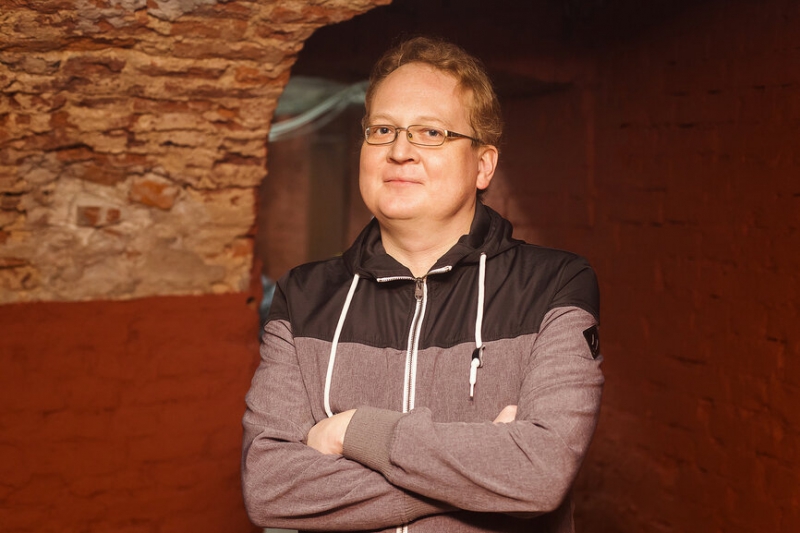 Ilya Anoshkin’s main research interest is the chemistry of carbon nanostructures, such as nanotubes. Explained in the simplest way, these are carbon rolled into a cylinder. Their chemical properties and applications liken them to graphene, an innovative two-dimensional material for the groundbreaking research of which Russian scientists Andre Geim and Konstantin Novoselov were awarded a Nobel Prize in Physics in 2010.

“Nanotubes are like long nanowires, which can be used to connect anything you could think of,” explains Ilya. “For example, it is them that connect the hardware of our smartphones with their screens. Compared to the relatively simple material of graphene, nanotubes offer more opportunities for modulating their electronic properties. Depending on their level of torsion, diameter, and defectiveness, they demonstrate a different chemical reactivity. By combining materials or exposing them to various substances, we can obtain a very wide range of properties.”

Nanotubes are already being used in polymers for enhancing their properties, for example, in order to increase their durability and conductivity, and make them resistant to lightning strikes. But Prof. Anoshkin believes that for such a promising material, these goals are too simple. The scientist’s current focus is on using nanotubes in terahertz-band electronics. Conducted in collaboration with ITMO University associate professor Mikhail Khodzitsky, his recent research project tackled the possibility of applying the material on a band ranging from a 100 gigahertz to one terahertz, which is a significant improvement of the range the modern 5G technology operates on.

In ITMO University, Ilya Anoshkin works at the Terahertz Biomedicine laboratory, side by side with the students whose research has been recognized with prizes from the Government of St. Petersburg and the prominent international scientific societies IEEE and SPIE: Egor Litvinov, Maxim Masyukov, Alexander Chernyadiev and Pyotr Demchenko. The latter has been part of the top-10 of the highest-achieving ITMO students for the last two semesters.

The team explores manipulating properties of nanotubes in the terahertz band. Following numerous experiments, the young scientists have uncovered that exposing nanotubes to powerful radiation on a 980 nanometer wavelength leads to a positive change in the material’s conductivity in the terahertz band: there is a decreasematerial losses and an increase in the dielectric capacity of the nanotubes.

These findings open the door to a broad range of new opportunities for further research. The team’s main goal is to develop next-gen solutions with reconfigurable characteristics to be used in biomedicine, security systems and wireless communication. This is suggested to be done through replacing all the filters, polarizers and adsorbers that are necessary in terahertz technology with one device capable of changing its characteristics when exposed to different external influences.

“The results of our research also pave the way for transmitting data on much higher frequencies. What we’ll get will be a new generation of networks. There was a time when Wi-Fi networks operated at frequencies of two and 56 gigahertz; now they work at five to 12 gigahertz, but with our proposed technology they will work at 100 gigahertz and higher. Why is this so important? The higher the carrier frequency, the more information we’ll be able to include in the information packet,” expounds on the research group’s objectives Pyotr Demchenko.

The researchers also intend to use thin layers of the nanotubes as compact receivers and terahertz radiation generators. They will be the first explorers to focus on this cutting-edge scientific field.

Another unexpected discovery made by Ilya Anoshkin and his colleagues concerns manipulating the nanotube properties through light exposure. The researchers found a way to control the time delay that occurs when the signal passes through a waveguide with nanotubes and a directional radiation pattern. The obtained technology can be applied to improve the work of mobile phones and scanning systems used by the military. But according to Ilya, this is a prospect for a distant future.

What the scientist is interested in now is using terahertz radiation for increasing the peak data transfer rate and creating biosensors. Capable of permeating the whole body, the microwave band Ilya researched in Sweden and Finland can facilitate the search of prohibited items, in addition to a variety of other purposes. But the terahertz frequency band takes this a step further, enabling a comprehensive chemical analysis of materials, for instance, in blood tests, where the accurate identification of infected cells is paramount.

On working abroad and reasons for returning to Russia

A year ago, Ilya Anoshkin was offered to take part in the Chinese-Russian Optics & Photonics Symposium for Young Scientists (CROPS 2017), which was organized by ITMO University. There he gave workshops for the university students and staff and presented the state-of-the-art devices from the Swedish KTH Royal Institute of Technology. Some time later, the researcher found out about the ITMO Fellowship program and decided to apply.

“To be honest, I returned because I want to do something good for Russia,” explains Ilya. “I’m sick of working for foreigners. I did have opportunities for staying there for the long haul, but they were a bit limited. For example, there’s no way I could have become a CEO of a Swedish company: this position is exclusive to Swedes. So why don’t I become a CEO in Russia? It’s possible that I open my own laboratory here and invite ITMO students to work with me.”

Ilya adds that he finds it much easier to work with compatriots than with foreigners because of possible misunderstandings and other difficulties in communication. And he does have some experience of being part of international research groups; his colleagues in Sweden, for instance, came from China, Italy, and Ukraine.

Ilya points out that he likes how dynamic working at ITMO University is. The decisions here are made much faster than in Sweden and Finland, where it takes half a year to be given a green light for starting a project or obtaining a grant, and another year of battling with all the red tape to have the idea approved and gather a group to pursue it. This is less of a problem in Russia, notes the researcher.

On participating in ITMO Fellowship program

Partaking in ITMO Fellowship implies contributing to the university by giving lectures. As part of his work at the Terahertz Biomedicine laboratory, Ilya gives open lectures on the topic of 'Carbon nanomaterials for photonics and electronics'. He has already given a similar lecture series in Finland, but those focused on chemistry and analysis; what the scientist presents at ITMO is a comprehensive overview of the whole research cycle, from production and qualification of materials to analysis methods and application techniques. The course participants also conduct lab work, which provides them with practical skills of handling real-world nano objects.

“I see myself as part of the ranks of hands-on, beginner, shall we say, scientists; chemistry, chemical physics and analytical methods are impossible without a focus on practice. I don’t want to call myself a full-fledged scientist, because I don’t have that much experience yet. But as far as I know, there are lots of young professors at ITMO University. In other Russian scientific institutions I worked at, the average age of a professor is 50-60 years old, and there are cases where such professors have been telling students the same things for 20 years and counting. Young lecturers are more willing to move with the times. I, for one, try to update my lectures each year to provide my students with the latest information about modern developments in the research field,” concludes Ilya.