Head of RN-Burenie Oil Company’s IT Department: Every Bit of Fundamental Knowledge I Have, I Learned at University

In the early 2000s, Alexander Shevtsov enrolled at ITMO University’s Information Technologies and Programming Faculty. In his third year, he paired up with a fellow student to start his first business; after his graduation, he developed projects in telecommunications; today, he is the head of the IT department at RN-Burenie, one of Rosneft’s key subsidiaries. Alexander spoke with ITMO.NEWS about his student years in turbulent times, working IT in the fuel and energy industry, and the value of higher education. 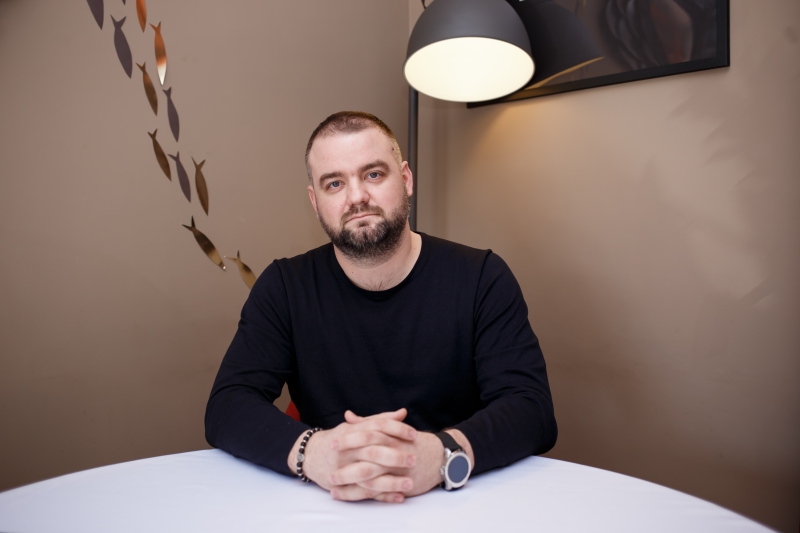 In the early 2000s, when you became a student, IT had just began to take off. Was it a conscious decision to become a programmer? And what made you choose ITMO University?

I came to St. Petersburg from a small northern town called Noyabrsk, in the Tyumen Oblast. I can’t say that I had any particular occupation in mind; but I was sure that I was interested in IT. But making any decision more specific than that is tough at a young age. That’s why I only chose a general subject area and a university.

From 2000 and until 2006 I was a student at ITMO’s Information Technologies and Programming Faculty, which is headed by Prof. Vladimir Parfenov. A renowned figure, he was the reason that many of my peers had chosen that particular faculty. Everyone knew that students who studied under him ended up winning many competitions.

Of course, I did my research first and considered other universities, including St. Petersburg State University, the Polytechnic University and others. But, as I’ve said I had already been aware of my future alma mater’s many successes, and so I made my choice in favor of ITMO. Even then, the University had seemingly already stepped on the path of innovative development. The faculties and projects that ITMO launched back then were unlike anything I’d seen at other places. This made quite an impression on me.

Was that impression justified?

Yes, absolutely. I haven’t been a student at other universities, so I can’t comment on their educational process. But I do know that I enjoyed being a student at ITMO greatly. The entire process was structured as a kind of interactive immersion; we didn’t just cram, we were involved in various processes with an entrepreneurial potential. We took part in roundtables with representatives of real businesses and the top IT companies. Back then I didn’t even know about them, and today I work with them.

Speaking of which: even when I was in my third or fourth year, I had my own business. A groupmate and, later, a good friend of mine, worked with me to set up a small web design studio. Keep in mind that this was 2003-2004, and the market was not nearly as oversaturated as it is now. We combined studies with doing commercial projects and involved our fellow students and friends. We still keep in touch and work with some of them today. So, for me, university wasn’t just about theory.

Later, when we worked for small commercial companies, we still collaborated with the university: took in students for internships and gave invited lectures. Some of our theses had later found practical applications. After I had graduated myself, I became a scientific supervisor to several students.

Did you find a practical application for your thesis?

Indeed I have. Later on, a student of mine continued it, gave it an update, and introduced some new ideas. The thesis was about a video content management system. In essence, it was sort of like today’s Skype with features such as conference calls and distributed content. For instance, if one person would edit a document, others would be able to see the changes in real time. Do keep in mind that for its time, it was not a common feature. It was successfully implemented and used at several companies for video conference calls.

What did you work on after you graduated?

I had tried myself at many things, but, of course, I tried to stay in my profile area. I’ve worked in many different telecommunications and internet companies. I started out at small companies, back when it was the peak of their development in the city. I also worked on a few IT projects. Back then there was a lot of excitement about instant payment systems and such, which is what I helped develop and introduce.

What made you choose to change your focus and work in the oil and fuel industry?

Sometimes it’s all about the time and the place. Even though I work at a major industrial enterprise, I’m still in the same line of work

. I’m in charge of IT systems, communications, metrology, automation and data security at a major production facility, a subsidiary to Rosneft – a major oil industry player on the national and global level.

Being an IT specialist in any field, be it banking, trade, or something else, has its own quirks to it. What’s special about doing IT in production?

First and foremost, unlike with banking, retail, and others, work in production sector carries with it a certain level of responsibility. Say that something malfunctions at a large store. Sure, there’ll be losses and confusion. But if something like that happens in production, like at a plant, there’s danger of not only financial loss, but also loss of life. You also have to take infrastructure into account: the company I work with has branches everywhere from Krasnodar to Sakhalin, and some of the objects are quite remote and autonomous. All this means that the price of a mistake is very high.

One of my responsibilities is to make sure that every facility is online and monitored, that all security and analytics systems are working, and so on. Most importantly, everything has to work regardless of distances or time zones. For instance, one of our facilities is on Sakhalin, which is eight hours ahead of us; by the time we come in to work, they’re pretty much already going home. And yet we still have to make sure that everything is working with no issues. The law says that any high-risk production facility can’t go offline even for a minute. Any mistake could cost us greatly.

In terms of quickness to adopt advanced technologies, the fuel and oil industry is nearly on par with the banking sector. What effect does this have on your work?

We live in a fascinating, amazing time. We witness technologies come to life and then die. Five or six years ago, who would have thought that our life would depend on a smartphone app? And now it’s everyday reality; buying tickets or paying taxes, it’s all in your phone.

As technologies evolve, so do their applications. Take educational systems: five years ago, people did health & safety exams the regular way; these days I already know of a few cases of VR being used for the same purpose. People can visit virtual facilities, learn about the work process, and so on. Of course, we also try to keep up the pace.

Technologies today change so fast that sometimes it becomes an HR problem. It can be tough to find specialists who know how to work with the latest tech. How do we solve that issue? There are, of course, internal training programs. We conduct them using the company’s own resources and by involving third-party organizations and educational institutions. We also keep track of our staff members’ skills and their relevance.

That’s what many people say: that universities can’t keep up and fail to provide students with the latest knowledge that they need for work.

I believe it all depends on the university. There are those that have definitely become obsolete in their approach to education. But there are others, which stay up to date on trends and adjust their strategies to stay relevant, and change their training techniques on the fly. ITMO, I think, is one of those universities.

On the other hand, some would tell you that in these turbulent times, the abundance of educational mediums, including online courses, is so vast that fundamental higher education is no longer as important. Would you agree?

Absolutely not? The University has given me pretty much everything I have. It might sound melodramatic, but specialized higher education has shaped my worldview as a professional. I went in as one person and came out as someone very different. Everything I use in my work, all my fundamental knowledge: I gained all that at university. Later on, of course, I continued to improve myself and took additional courses and went to seminars. But before all that, it was at ITMO that I became a specialist.

I studied to become an IT engineer and we were taught many general subjects that, seemingly, weren’t that necessary. After all, why would a programmer need to know about history? But the importance of higher education is that, in addition to professional knowledge, you also acquire a wide perspective; you become a well-rounded person. And that matters a lot. Sure, you could be a niche expert, but the development dynamics of today’s IT market are such that niche knowledge might not last you long.

What advice would you give to current students who want to build a career in IT?

There’s a Russian saying: “Wolves live by their legs”, e.g. earning one's daily bread means going and looking for it. Of course, all new technologies are, in one way or another, based on that fundamental knowledge you’ve learned at a university. But the IT market is a dynamic one. There have been a few times when I witnessed someone come up with a new technology in the process of fulfilling an order. They may have had one goal in mind, but ended up with something very surprising. And only then did they begin to think how it could be used. Never stop learning about the latest trends and technologies, take on new projects. And most importantly, don’t be afraid of anything.