The winners’ projects include a prosthetic elbow joint, 3D-printed dental implants, a medical diagnostics system, as well as a program that finds errors in code. The results of the competition were announced on October 23. 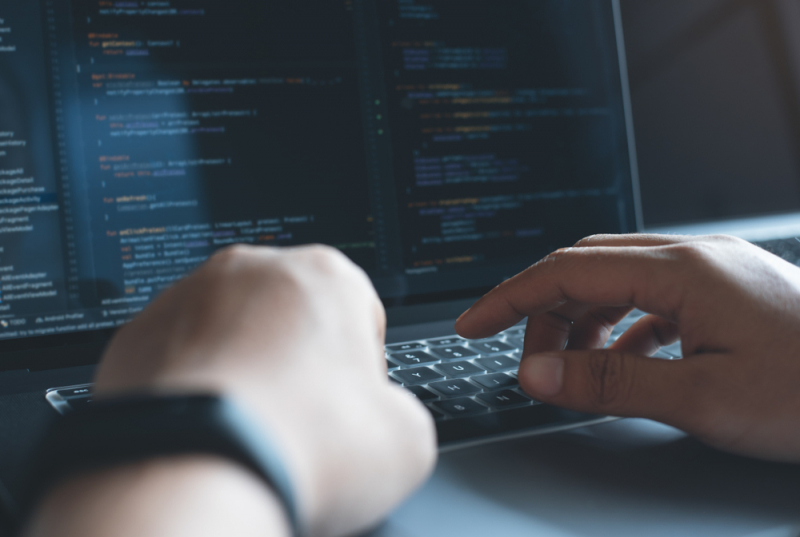 The UMNIK grant competition is supported by the Foundation for Assistance to Small Innovative Enterprises and is organized within the framework of the national program Digital Economy in the Russian Federation. The competition is meant to give young scientists a chance to talk about their commercially-oriented research and engineering projects – and support such projects. Each winner will receive 500,000 rubles to help them polish their idea and bring it to life. This year, 60 applications were submitted to the competition.

According to the competition results, four ITMO University students will receive funding, take part in the pre-acceleration program from the Foundation for Assistance to Small Innovative Enterprises, and get the opportunity to continue developing with the START program.

We got the chance to talk to the winners about the social value and prospects of their projects and ask them about their future plans.

Our team consists of me as a developer of the project and Ilya Chekh, my supervisor and CEO of Motorika, where I am currently doing an internship at the innovation department. As the project grows, more specialists will join the team.

About the social value

Our target audience is fairly wide. Unfortunately, many people either sustain upper limb injuries or are born without them. The project aims to improve their quality of life. It’s not only a device that helps them interact with the world, it is also a way to prevent an imbalance of back muscles and its consequences. If a body part is missing, the weight is spread differently over the spinal cord. That’s why various curvatures of the spine occur that may turn into protrusions, which will then haunt the person for the rest of their life. A prosthesis can help avoid such problems or prevent them from worsening.

A prosthesis is a personalized piece. You can’t make one that would fit all. We still have to analyze all the necessary characteristics that we’d need for the final product, because people of various ages can benefit from it. We have to determine the target audience of our first prototype. In order to do that, we need to decide on its parameters and size. We will also work out the weight and some technical aspects that need to be accounted for when making a personalized product. Also, as it’s a mechanism, we’ll have to decide on its lifting capacity, stiffness and durability.

After that, we’ll make a mathematical 3D model and analyze it, which would finally lead us to creating a prototype using computer numerical control machines and metalworking technologies. Then we’ll move on to testing, making corrections, and developing the prosthesis.

Apart from the mechanism itself, the final product features a control system and the framework of the prosthesis itself. We strive to potentially make a product with simultaneous control of the elbow joint and fingers.

Advantages of the project on Russian and international markets

There are similar products in the world, but in Russia, even those that were developed didn’t go to the market, remaining at the level of student projects or university labs. Many major international companies have the capacity to develop shoulder prosthetics but this is not their priority field, as such products don’t bring a lot of profit when compared to other things they manufacture. Hence, even if the prosthetic is developed, it’s not updated further and continues to work on outdated technologies. Other, smaller, companies are actually incapable of producing such prosthetics because they need to first gain experience, attract specialists, and create a new design. Import substitution and convenient logistics that come with our product being manufactured in Russia will make it cheaper and easier to acquire.

About the UMNIK grant

The company Motorika has been producing prosthetics over five years and have been on the market since 2015. They develop personalized prosthetics, assemble them, and provide all the necessary services, thus they have everything we might need to bring our project to life. The UMNIK competition’s conditions allow us to create our products with a company. The grant money will go towards developing a prototype of the prosthetic – the mechanism and its testing models, as well as towards purchasing materials and components. Winning the grant means a lot to me. I have been into developing prosthetics over three years and have been working in this field since the third year of my Bachelor’s.

For this project, Pavel Talianov, as a member of a group of researchers, developed a 3D printing method that uses a photocurable polymer. The technology has a broad range of potential applications: in healthcare, machine engineering of engine parts, and instrument manufacturing of technical ceramic devices and analytic chips. But its creators see the main application in dentistry – it could be used to print dental implants.

a PhD student at the Faculty of Physics and Engineering

There are several people on our team. I am responsible for the chemical part, Sergey Rzevskiy is the main engineer of the project who makes the devices and tests them, while Ekaterina Baranova is responsible for marketing. We started this project when we studied at St. Petersburg State University.

We work in 3D printing and we are developing a specific photocurable material. We will use it on 3D printers that we also assemble ourselves. For each model we first create a digital 3D shape. The materials usually applied in laser 3D printing are soft. And our project is all about creating a photocurable material that would harden in post-processing under high temperatures. This would allow the printed models to have the necessary durability.

About the project’s advantages on the market

Today, dentistry uses the CAD/CAM technology, in which the models are made with milling. 3D printing is different from this approach because there we are steadily growing the object as we are creating it, while with CAD/CAM we have a bar of material and cut off parts of it as we are giving it the shape we need. Our technology is cheaper, and that’s its first advantage. The second one is that it’s easier to operate than a computer numerical control machine. All you need is to draw a 3D shape using special software, load it in, and start printing. Operating a milling machine is more complicated, which means that you need to train a specialist – and that requires resources. One more advantage is the speed of 3D printing when compared to CAD/CAM.

We’ve chosen dentistry to demonstrate the capacities of our technology because it is the most promising field for our creation. We are planning to use it to produce implants, but at first it could be study models, which are in demand, or other elements, such as veneers. 3D printing is not used for these purposes in Russia. As far as I know, they do something similar in the US, but it is not widespread yet.

3D printers themselves are not a new technology and are no longer protected fully by patents. We are planning to make our own design to be used in our project. Maybe we will get to patent a multistage technology (digital model – printing – burning). We also thought about developing our own line of 3D scanners (also printers) that would scan a person’s mouth to create a 3D model.

We still have to run experiments, optimize our printer’s parameters, polish its design, technology, and settings. We have a lot to do but the foundation is there. Thanks to this grant from the UMNIK competition, we’ll be able to purchase expensive chemical agents and new components for the printer – that’s the main thing. I think we succeeded because we worked really hard on every possible aspect of the project and had a great team.

Karina Dergun is developing a module to test multi-threaded code that makes it possible to test software and identify the sequence of actions that led to an error. The module uses various algorithms of thread analysis to improve the efficiency with which errors are identified.

I am developing a mechanism that will preserve the sequence of threads in fuzz testing platforms; this sequence will follow the program’s actions as it runs, allowing developers to identify evasive errors that have to do with the code’s multi-threaded nature. By decreasing the number of errors, we can improve the code’s quality and reliability.

There are two of us in the team – I am joined by Oleg Doronin, another PhD student at ITMO. He is developing multi-threaded applications that block non-atomic variables and improving fuzz testing algorithms. I am working on features that allow users to trace executed threads – this is the topic we applied for the UMNIK competition.

About the project’s relevance

Every day we use our gadgets to listen to music, get around town, or order food. Software has become a part of our lives. Sometimes errors occur. It’s one matter when an error leads to a wrongly addressed message or a frozen app. But it’s another matter completely when a navigator app leads you to a dead end or an online shop charges you a bigger sum than it said on the receipt. And it’s a graver story when we’re talking about healthcare, the space industry, or preprogrammed guidance systems.

But we humans also make many mistakes and until machines start writing code, we need tools that will help us identify them.

Right now our program can only work with code written in С or C++, so we are planning to enable support for other programming languages, such as C#, Java, and Kotlin.

The final product will be based on the Google ThreadSanitizer platform, but will at the same time be an independent tool. We are planning to make three versions of our tool:

The Standard one will include the fuzz testing module, including improved algorithms for identification of deadlock errors, and various patterns of thread analysis.

Premium will support saving the results of tracing of executed threads.

Regina Belugina suggested a system of potentiometric sensors that react to the composition of analyzed liquid – in this case, urine. There are no analogs of this system anywhere in the world. The results of testing will be analyzed using machine learning that would allow us to say if a person is ill or healthy. The standout featurec of this method is that it doesn’t look for certain compounds that are markers of specific illnesses. The system doesn’t provide a diagnosis but can say that there is something wrong. At the same time, according to the authors of the project, the test is independent from the disease’s stages.

This project is a collaboration between ITMO University, the Institute of Chemistry of St. Petersburg State University, and the Kirov Military Medical Academy.

The social benefit of the project is giving people more opportunities to start treatment before the disease makes itself evident, and thus raising the likelihood of beating it.

On winning and prospects

The UMNIK grant competition helped us to look at the issue from different angles – from potential commercialization to our competitors, which I wouldn’t have done for a research project. Next, I am planning to develop my competencies and our project.

As a result, we are planning to produce a prototype and a patent that we can apply for the START program with.