Stepan Rakitin graduated from ITMO’s Master’s program in Big Data and Machine Learning in 2018, and then spent two years working as a Java developer at the largest European startup in fintech. These days, he lives in Berlin and holds a job at an American platform for data science. ITMO.NEWS got in touch with Stepan to ask him about making a career in IT, the unique features of studying at ITMO and the reasons for choosing a startup instead of a major corporation. 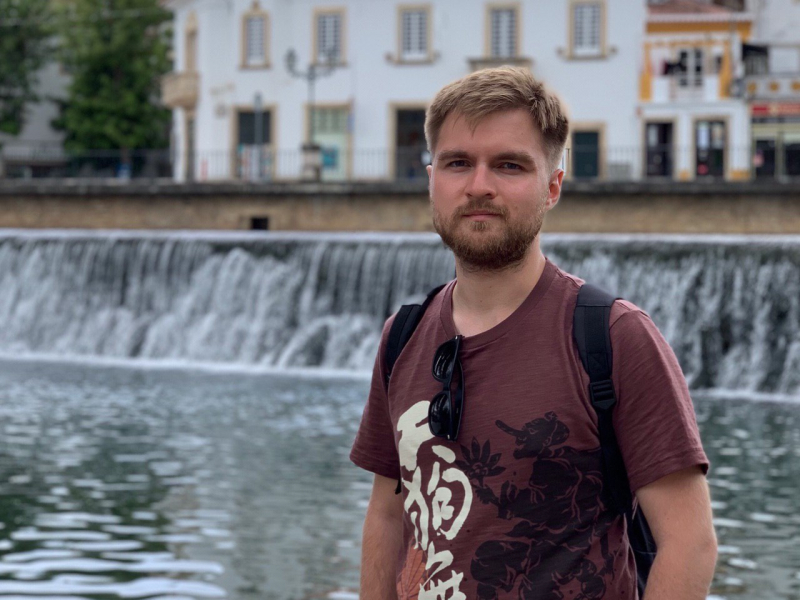 Why did you opt for machine learning after completing your Bachelor’s degree?

I got my Bachelor’s degree in applied mathematics and informatics from St. Petersburg State University of Industrial Technologies and Design. By the time of my graduation, I was already working at EPAM Systems doing bioinformatics. ITMO offered a program on big data – and it was exactly what I was working with. So I thought, why not.

I liked that ITMO had a personal approach during candidate selection: there was an interview and a rather simple entrance exam.

What can you say about the study process? How useful was the knowledge you received at ITMO?

Our department was unique in terms of the academic process. It was not a program where you simply attend your lectures, take your exams and graduate with a degree in a year and half. We formed a number of teams: I was in the big data team, there was also one for visualization and so on. We worked on projects with actual clients like Rosneft or Siemens. That’s how we learned to collaborate with business and the industry. Some of our projects went on to be implemented, and thus our work was paid for.

Some of my classmates were making good money, so they could even afford not to look for another job to combine it with their studies. Everyone was highly motivated. Sometimes, as we dived into another project, we even forgot we were at university. It was like working at Stanford’s Institute for Human-Centered Artificial Intelligence or in a research group at DeepMind. Now that ITMO has a Competence Center on machine learning and artificial intelligence (The National Technological Initiative Competence Center in Machine learning and cognitive technologies – Ed.), it is even more like what students have in leading American universities.

Thus, we spent a year and a half at work on various projects. Moreover, all of our lectures were optional. The most important thing was to comply with the deadlines on each project and publish the scientific outcome of your work.

It was during my Master’s studies that I learned to work with research papers – I hadn’t had much experience with studying other people’s work, or generally looking for information on the current research. Now, when I am working with something knowledge-intensive, I’d open arxiv.org and look for papers that have the results that I need. I am also learning a lot on the theory of machine learning and data science, whereas before I only had practice skills.

What were the most interesting projects you got to work on during your studies?

One of our projects was actually covered by The Guardian.The idea behind it was to use the data from social networks to identify what places are popular with the tourists and with locals. We accumulated a large dataset for this project that we were able to use later on with other projects. I think it is still stored in the data center and being used. We also learned that there are methods to download big data from all of those social networks – and our department started to develop this field after that.

And how did you come into IT?

Since my first year as a Bachelor’s student, I started working as a systems administrator: we were automating shops in the countryside in the Leningrad region. In my third year, I decided to find something more promising and with a lower threshold, so I started learning Java like many others. I passed an interview at EPAM Systems (an American IT company with offices in Europe and Russia, the world’s leading developer of custom-made software – Ed.). I interviewed as a Java developer but by chance I got into the bioinformatics department. So, instead of working on corporate applications, I spent a year and a half doing projects on human genes. My last project there was a system that helped run clinical tests for cancer and diabetes treatments.

In the first year of my Master’s, while I was still employed at EPAM, I got a message from Revolut, it’s a rather well-known startup founded by a graduate of ITMO’s Faculty of Physics and Engineering, Nikolay Storonsky. It is now considered the most expensive startup in Europe. When I came there, the staff included less than 100 people, and the company’s net worth was $300 million. When I left it after two years, the price was $1.8 billion.

2017 was the year of fintech startups and mobile banks. We launched almost every hype thing that was popular back then: commission-free cryptocurrency and share trading, and currency exchange at actual market prices. It was one of the key factors of this success and rapid growth. Over the two years I spent there, I gained a lot of experience and got to do a lot of things. But the problem was that I had to work a lot – I was pretty burnt out by the time I left them.

After graduating with my Master’s degree, I decided to move to Europe and change the field I was working in: I was getting bored with a classical developer’s job and turned to data science and machine learning instead.

I assessed the market in Europe, identifying countries with the greatest number of startups, as I didn’t want to work at a major company anymore. I think I interviewed for every small and medium-size company in Berlin and Amsterdam.

Why was it so important for you to work at a startup?

The bigger a company is, the less responsibility you get. At a startup, you can actually feel that you influence a product and every one of your decisions affects the company – without getting lost in all the red tape. At a startup, you’re likely to be surrounded with a group of motivated people who like what they’re doing and who are equals. A big benefit is that if you start at such a small team from the very beginning, you actually have your share in options that you can later turn into stock shares and sell at the next round of investing (if there is one). A rapid rise up your career ladder is also guaranteed given that you enter a startup early enough.

Why did you settle on Berlin eventually?

I chose it for a number of reasons: the salaries are high while rent prices are relatively low, it’s peaceful and safe here. Germany is a country with strong labor unions, there’s even one for programmers – and their rights are protected. It was also relatively easy to get a visa: if you studied at ITMO, Moscow Institute of Physics and Technology or a number of other universities, the process is really quick. I got my blue card visa in a day. There’s a huge lack of IT specialists with only one third of all positions occupied.

I started at HelloFresh, a delivery service for groceries that you can make your own meals out of. It was founded in Germany but works all over Europe with its biggest market in America.

My team was doing predictions on the number of boxes ordered in each country and making menus based on user preferences. But the management was not very good, which led to a burnout of the team after 10 months of my work there. Part of the team left, including me.

That was how I came to Anaconda, where I am now creating a data science platform. Every tool used by data scientists now is made by Anaconda one way or another: distribution packages for Python and R for big data processing, like NumPy, for example. It is actually an American company but it has an office in Berlin. Although I still work from home.

Do you like working with big data more than software development?

Programming is actually a tool, and I don’t know how you can do anything in IT without it. When I work with big data or machine learning, I am still writing code and working with infrastructure. Every data scientist has to code and create systems. Software development is an entry point, and you can choose your specialization later on.

What advice would you give to the current and future students who want to build a career in IT? What should they keep in mind?

Many students at the very beginning of their career fall into the trap of taking the interests of their employer for their own. I had to go through and that’s why I’d say to always do what you yourself want to. As soon as you see that you stopped learning or liking what you do – leave, don’t be shy to change your job. When I saw that my superior was making a mistake, I looked for another job.

It’s also important to rest more to avoid burnouts. A lot of people end up thinking that the more they work, the faster their ascent up the career ladder will be. It is actually not true. You should work at your normal pace – otherwise you risk losing your interest in the field.

The biggest problem for those starting in IT is landing their first job. It doesn’t even matter what they want to do – be it development, testing, managing or analytics. The key thing is getting that first year of experience, get into the work process, master teamwork and the rules of behavior at an office – basically, get your soft skills. In my opinion, it doesn’t make a difference where you start. Programming languages, frameworks and working with libraries will all come with experience as well as an understanding of what it is that you actually want to do.

I think that the easiest way to enter IT is by being a tester. It’s highly sought-after – there’s always a lack of them because everyone wants to be a developer and considers testing below their standards. In all actuality, the salaries there are comparable to those in development, while the tasks are sometimes more interesting and are closer to business and its demands.