Starting Your Career at Facebook: ITMO Graduate on Internships and Working in London

Ivan Arbuzov graduated from ITMO’s Computer Technology Department. Under his belt, he has an internship at Facebook and three years of employment in the company. In this interview, Ivan shared his experiences and told us the secrets to his success. 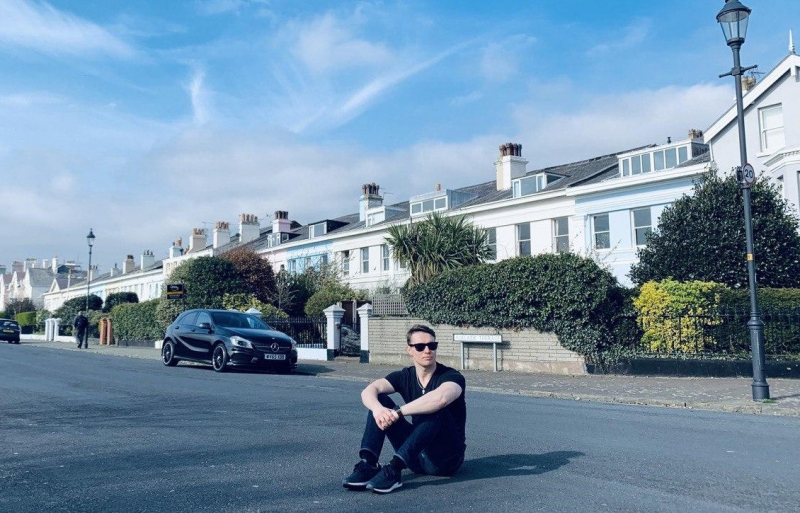 Student days, competitions and reasons to get a Master’s degree

Why did you decide to apply to ITMO University?

I knew what I wanted to study since the tenth grade, when we started programming at school. I took different classes in this discipline. Before applying to university, I’d heard about ITMO University teams winning various programming competitions, so just the thought I could be studying around these smart and talented people for six years attracted me. After school, I got accepted to Lomonosov Moscow State University and ITMO, and I finally settled on the latter – a decision I’ve never regretted.

What do you remember about your studies?

I remember the spirit that infuses you with a desire to grow. The Computer Technology Department (now the Information Technologies and Programming Faculty – Ed.) pays a lot of attention to competitive programming, and the people there all want to achieve something, and this atmosphere cannot but affect you. If I had the chance to live through my student days once again, I would have done it gladly.

Did you take part in programming competitions?

No, I knew I was surrounded by people who could do it better than me. If you want to be the best, you have to work really hard. Our department had students who had spent a lot of time and effort while still at school to get the results. There is no shame in admitting you’re behind someone in certain respects when everyone around is so talented and educated.

Before the interview, you said you had to start working in your third year. Why, then, did you decide to get a Master’s degree and not start a career straight after getting your Bachelor’s?

I did start working in the third year of my Bachelor’s, out of necessity. If I had the opportunity to give all my time to studies, I wouldn’t refuse it. I think it’s better, though there are examples of people becoming professionally successful during their Bachelor’s studies.

I wanted to get a Master’s degree for a number of reasons. First, at the end of the fourth year of my Bachelor’s, I passed an interview for an internship at Facebook, for which I needed to still be a student. Second, studying at the Department brought me great joy.

Moreover, the topic of my Master’s thesis was highly interesting, and I had fantastic support from my supervisor and other department members. And the Master’s program itself was compelling. And finally, it was a chance to spend two more years at university learning something I could use later. Naturally, you can do it later as well, but more often than not people don’t return to university once they’ve started their career.

Doing internships at various companies became really popular as I was finishing my Bachelor’s. I took an interview – and this process usually starts a year before the internship. I was accepted in my fourth year, so I knew I would be an intern in my fifth.

Facebook: how to land an internship at a major company

Tell us about your internship.

It was wonderful. In the summer between the first and second years of my Master’s, I went to Facebook’s New York office. It was challenging but exciting. The challenges didn’t come from the technical side of the work, but from the need to navigate a big flow of information. I need to note here that you don’t have to be a genius to get the best out of your internship, but what you do need is hard work and patience – it is these factors that correlate to the success of your professional practice.

Did you have a good level of English?

Oh no, I was terrible! But I knew that if I didn’t bring the language to a certain level then, I could kiss the internships and job prospects goodbye. It was a strong motivation for me.

No, back then it didn’t really matter to me. Any of the top international companies was a worthy goal for me. Facebook was rather popular, and I knew a couple of people who had been interns there. I wouldn’t have been disappointed to get into Google or Microsoft. Now, though, as I look back, I think that Facebook was an excellent choice. Microsoft is a rather conservative company, while Facebook has a certain startup vibe to it. Google is a great place as well but a successful internship there doesn’t guarantee your employment – and it does at Facebook. I received a job offer after my internship.

Why do you think you were successful at the interview?

I solved four problems over the phone and got in. I am happy to dispel the myth that it’s extremely hard to get an internship. There is actually a clear algorithm for sorting out the applicants. You need to be able to solve problems not unlike those from programming contests but much easier. I believe that any student of my department, any of my group mates at least, could effortlessly land an internship. I spent a month solving problems – and I got in.

Have you personally encountered this algorithm?

Yes, I was an intern myself, and I curated internships of others, I held over 100 interviews. To become an intern, you need to know the core of the Computer Science course (algorithms and data structures), and be capable of solving problems, examples of which you can find online. If you solve around 50 problems from every type of algorithm, your chances of landing an internship will be really high. But that is only the foundation, you also need soft skills to participate.

For instance, there’s a behavioral interview where you’ll need to talk about what you do at university, the projects you took part in, and your experiences of working in a team – whether there were any challenges, how you handled them, how you took potential criticism. You don’t have to be able to settle difficult conflicts or be a leader, but you need to be a decent human being who can admit their wrongs and can communicate with people. Teamwork and collaboration are valued at Facebook.

Leaving Facebook, different mentalities and aversion to being a manager

You stayed at the company after your internship. What had your work experience been before that?

From my third to the middle of my fourth year at university, I worked at a small printing startup. It was entertaining, but I couldn’t get any professional experience there, as no one in the startup had any. Then I completed my graduation thesis project while working at Odnoklassniki but I had no luck there either because I had absolutely no idea how to behave at work. It was a good life lesson.

After getting my Master’s degree, I went to Facebook’s London office and spent three years working there. It’s important to understand that Facebook is a large company that has both good and bad sides to it. One crucial aspect is finding your place and your people. I was lucky enough with both of these from the very beginning. Each new employee spends the first six weeks getting to know the teams and managers, and learning about the ongoing projects they can join. After that, you’re to make a choice where you want to go.

I was interested in backend development. So I found a small team that was occupied with a great project. I liked every aspect of it, there was a lot to do, and my work was noticed, so I started growing inside the company. Then I changed the project, which is not hard to do at Facebook. All in all, you don’t have to be a genius to work at a major company. In my opinion, geniuses need to stay at universities, and in actual work you need hard work and diligence.

Yes, it’s been almost a year since I started working at XTX Markets, a financial company. It’s a market maker specializing in algorithmic trading. XTX is a technologically oriented company, so engineers need to be highly-qualified as they’re hired to do complex technical work. Thus, you can grow there as an engineer.

At Facebook, an engineer’s development from a certain point almost always depends on how he manages other people’s work. In the overwhelming majority of cases, for me it would mean spending more time on management than on programming. At XTX, I am developing a computational cluster for quants. To put it simply, quants are mathematicians telling you when to buy and when to sell.

You left for new experiences?

I am happy I spent the first years of my career at Facebook, practiced my soft skills and learned some engineering tricks, but at a certain point I understood that I had to make a choice. At Facebook, to grow I would need to be more involved with people, while I wanted to develop as an engineer. I wasn’t actually looking for a job, I just received an interesting offer and decided to leave.

Do you still live in London?

How strongly does the difference in mentality influence your work? Do you feel it when working in IT?

Of course, you can feel it. People from Eastern Europe are more straight-forward. It’s not only about no small talk, but it can also be seen in the inability to smooth over differences. In my opinion, it’s worth doing as long as it doesn’t take too much time and effort, and as long as the person you’re talking to doesn’t have to wrack their brains around what you’re trying to say.

At Facebook, though, I didn’t have much of a problem with it, as the majority of my colleagues were from Eastern Europe. At XTX, I work mostly with British or Irish people, so I have to be careful when criticising someone.

Your story breaks the stereotype that working at a major IT company is the best you can do in your career. On the contrary, you started at Facebook and then came into a smaller organization.

Exactly. When I only started at Facebook, I thought it was at the height of my career. I thought I had everything I could possibly wish for. But you quickly get used to good things. What once seemed to be the best possible thing, then becomes your comfort zone that you would want to leave one day. I do get the students who dream about Facebook or any other corporation. It is actually great.

It’s just that over time your ideas about what you want to do change. But major corporations are a good stepping stone before you transfer to a smaller business. After seeing how it all works on a bigger scale, you can then use this experience to continue developing