Enjoy the extraordinary sound of a carillon in the very heart of St. Petersburg, admire the wildlife of China and ride a vintage steam train! Here is our list of the coolest things going on in the city this weekend. 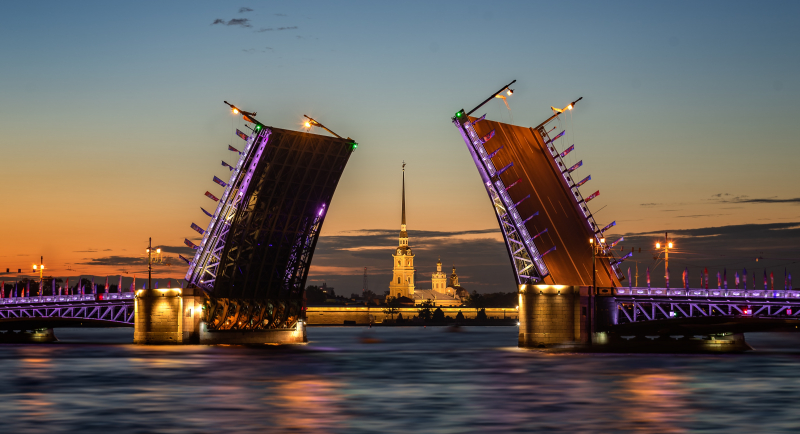 Starting this week and throughout the next few months, the Peter and Paul Cathedral will be hosting free concerts of carillon music. Comprised of a series of bells of different sizes, a carillon is one of the largest musical instruments in the world. The first carillon in Russia was purchased by Peter the Great and consisted of 35 bells. Today’s carillon is composed of 51 bells with the biggest one weighing over 3,000 kilograms. Any kind of music, from classics to folk and blues, can be played on this peculiar instrument. Concerts will take place every Sunday at 3pm in April and at 5pm in May and June. Admission is free.

In case you’ve already visited the Peter and Paul Fortress a hundred times and would rather go somewhere more off the beaten track, try Pionerskiy Park. Located in the town of Lebyazhye in the Leningrad Oblast, it is home to several dozens of old written-off trains living out their remaining days there. Learn more about railway transportation in Russia, get inside an ancient gasoline train, see Soviet electric locomotives, and even ride a vintage steam train! The first tour to the train park is scheduled for April 20. Call 570-22-51 to book a place in advance. Admission fee is 400 rubles. To get to Lebyazhye, take a train from the Baltiysky railway station (the trip takes about an hour and a half).

Over 40 photographers will present their works featuring the extraordinary Chinese nature at the Wildlife of China photography exhibition, held at the Rosphoto Museum and Exhibition Center from April 16 till May 28. Familiarize yourself with the exotic nature of China, its vast and diverse landscapes, and a profound variety and abundance of wildlife. Admire the golden monkey, the Siberian tiger, the Asian elephant, the crested ibis, the baiji and other extraordinary, yet often endangered species, including the giant panda, adored by the world and considered a national treasure in China. Entrance tickets cost 150 rubles.

On April 18-21, the Rodina cinema in St. Petersburg will be screening some of the best animation movies of the last three years, both Russian and international, as part of the International Animation Festival. Highlights include the North-Eastern Kingdom series of short films (April 20, at 7pm, tickets); the French TV series Ernest et Célestine, La Collection (April 20, at 4pm, tickets); the Brooklyn Breeze series of short films (April 21, 9:30, tickets), and Moominvalley, a new TV adaptation of writer-illustrator Tove Jansson’s classic and much-loved stories about the Moomins (April 21, at 3:30 pm and 4:40 pm, tickets). Tickets start at 300 rubles.