Ah, summer. It’s a wonderful time, and what better way to spend it than out and about, taking in the rare St. Petersburg sunshine and enjoying new experiences? Here’s a rundown of this summer’s hottest (hah!) events, from film and music festivals to celebrations of food, art, and technology. 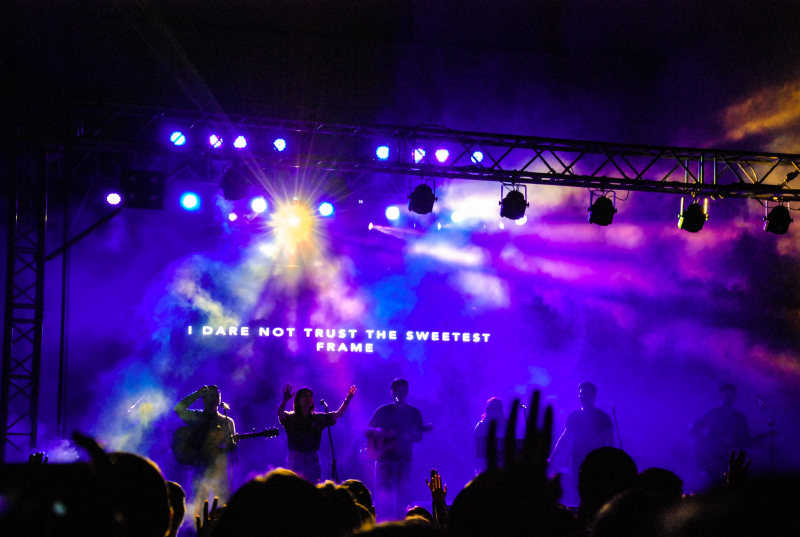 The annual Kinodot festival of experimental film will take place at Rodina Cinema (Karavannaya St., 12) over the course of three days. More than 40 short-form films by creators from around the globe will be shown in their original languages with Russian subtitles. Tickets to each of the 70-80 minute screenings cost 250 rubles and can be purchased on Rodina’s website.

If you’re still a child at heart, you’re going to love this event. For two days straight, the skies above Fort Konstantin in the town of Kronstadt will fill with all manners of colorful kites of every shape and size. Entrance tickets are 300 rubles; bring your own kite and you’ll get in for free!

Europe’s largest open-air festival of science, tech, and pop culture is back with another dose of geek goodness! Cosplay, merch, lectures and workshops, partying, and gaming; it’s simply too much to describe. Check out our report from the 2017 Geek Picnic (featuring Richard Dawkins in ITMO’s Meme-Cube!).

What started out as a St. Petersburg-only event back in 2013 has now become the mainstay of the nation’s summertime entertainment, with O Da! Eda! events taking place in nearly every major Russian city. The list of this year’s participants has not been announced as of yet, but as always, expect obscene amounts of delicious food. Entrance tickets are 400 rubles, but don’t forget to bring some pocket money to spend on all the offerings!

The worldwide “mindful triathlon” that combines a 5k run, some yoga, and a meditation session is held each summer all around the world, and St. Petersburg is no exception. Head on over to Yusupov Garden and don’t forget a yoga mat, some sunscreen and a windbreaker – because no kind of weather should stop you – and bring it on! After the main part of the event, you can check out some of the markets and workshops, or even take part in a raffle.

Battle of the Neva

On July 15, 1240 Russian and Swedish armies clashed on the site of today’s St. Petersburg in a historic battle. Eight centuries later, historical reenactors take over the Peter and Paul Fortress in a recreation of a full-fledged knights’ tournament complete with melee, jousting, battling, and a medieval crafts fair.

The 2019 VK Fest will be the 5th installment of the Russian social network’s massive open-air festival, and its organizers are promising to go all out on this momentous occasion. The event’s program is still a secret, but judging by the past years’ lineups – which included many notable artists, experts, and celebrities, – it’s not to be missed. And, of course, don’t forget to swing by ITMO University’s zone at VK Fest! Tickets start at 2,000 rubles; two-day tickets are available.

Night of Light in Gatchina

The international festival of light art Night of Light in Gatchina is a one-of-a-kind event. You’ll get to spend the night in a whole different world, walking through an imperial park, gazing at royal palaces and admiring amazing light art installations by artists from Russia and abroad (and even ITMO students!). Keep an eye on the event’s official website or VK page to learn more about admission to the park and how to get there.