Academic Exchange, Environmental Studies and Education for All: Representatives of World’s Best Universities Meet For EAIE in Helsinki

In late September, Helsinki hosted the annual EAIE conference, which was the biggest since its founding, attracting over 6,200 participants from 95 countries. ITMO University was among the world’s best educational organizations. We got in touch with the members of the St. Petersburg EAIE delegation and found out all about the current trends in education that were discussed in Finland. 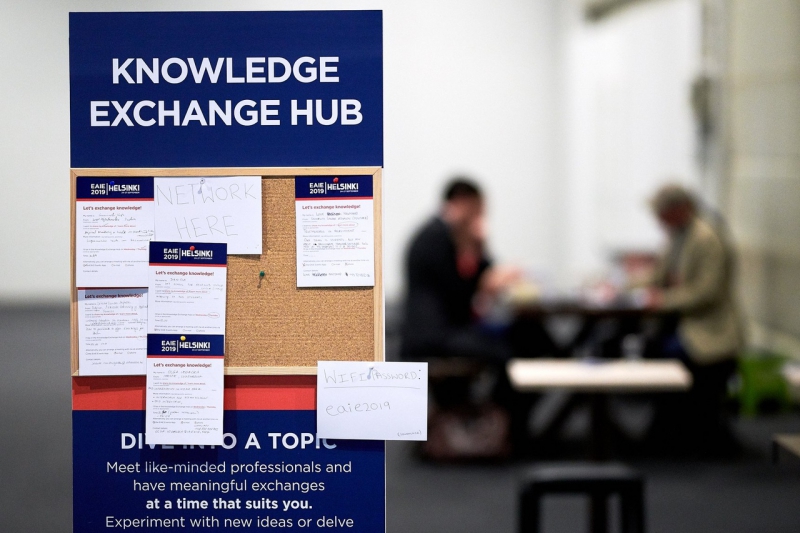 This year’s annual European Association of International Educators (EAIE) exhibition was titled “Encompassing all voices”. Keynote speaker Simon Anholt, a specialist in creating national brand-images of countries, who over the last 20 years has worked as a counselor for presidents, prime ministers and governments of 55 countries, opened the exhibition. He proposed organizing a global project where everyone could make an impact and voice their ideas about the most favorable way of global social development. He suggested using Twitter as a starting point.

Global cooperation was not the only topic discussed in Helsinki. According to Ekaterina Tulugurova, the head of ITMO’s International Education Programs Department, a lot of attention is currently paid to integration of refugees that have recently come to Europe and making education accessible for all layers of society. Not only one’s health but also one’s social and economic status can be a hindrance to the educational process.

“These days when new academic programs are created in the EU they are strategically planned with a lot of attention paid to inclusion in education. It does not only apply to the difficulties encountered by students with disabilities, but also to financial limitations and political and social opportunities. In my opinion, there is a lot of room for improvement in Russia in this regard. The “accessible environment” program was only launched a couple of years ago and its implementation is still challenging for many Russian institutions. All this is happening while the main aim of this inclusion policy is improving the environment for people with disabilities. It does not consider people who are bound otherwise (mainly, by socio-economic factors). At ITMO, we took it very seriously, having created Center for Inclusive Education. We have been working for several years on integrating students of different nationalities into the university life regardless of their Russian language skills. Of course, there are still things we can improve, but our university has all the tools needed for full-scale implementation of current global trends,” explains Tulugurova.

According to Olga Vashchenko from the International Educational Programs Office, many at the conference mentioned the problem of students not being fully informed about the academic exchange opportunities that they have.

“The importance of promoting academic exchange programs was a popular topic. Our international colleagues specifically stressed the fact that the information that students currently get on international exchange is not enough. It was interesting and beneficial to learn about the ways international departments worldwide interact with their students and educational programs. The usefulness of social networks for spreading information about academic exchange programs was also discussed a lot. Moreover, we debated various Study Abroad Fairs and their efficiency,” says Olga.

The lack of information, however, is not the only issue, as representatives of many universities have raised the question of insufficient funding for academic exchange programs.

“At many international universities, only a limited number of students can take part in an exchange program. The universities simply do not provide outcoming exchange funding. I was glad to realize that thanks to  Project 5-100, our students can go anywhere in the world. ITMO University also has flexible curricula which allow our students to spend entire semesters at partner universities starting from the second year of their Bachelor’s program. For instance, in French engineering schools, an exchange semester at a partner university is a part of the curriculum and students have to study abroad but during a specified semester. According to our French colleagues, they rarely make exceptions and allow one or two students to stay in France for this “obligatory exchange semester”. In the UK, however, it is vice versa and their Bachelor’s programs do not provide for classic academic exchange. Students can only go somewhere for a whole year, which would turn their three-year program into a four-year one. As for Master’s programs, academic exchange is almost impossible there,” she continues.

A problem of no less importance is allowing students to gain more knowledge online. This time it’s not only about the funding. It is hoped that by decreasing the number of flights and rides taken by students and professors in Europe we can lower the negative impact they make on the environment.

Harpa Sif Arnarsdottir of the European Commission talked about the way we can make academic exchange eco-friendly.

“The idea of including online exchange into the curriculum is becoming more and more popular at such events as EAIE. It is also being developed within the framework of the currently updated Erasmus+ 2021-2027 program. European universities take it very seriously. It matters for environment, among other things, as decreasing the number of physical journeys we make means a respective decrease in toxic atmospheric emissions that accompany them. We can also see these online courses and even programs developed in Russia, but not to the extent they are being developed in other countries. Some of the factors contributing to this are the lack of equipment and a rather young online-education culture. Nevertheless, we have online initiatives that are growing and receive support in various forms, for example, the universities participating in Project 5-100 do this through the “Open Education” platform. Thus, we can assume that more and more people are going to trust online education, as the majority of universities offer good quality content. It is important to learn from international experience to improve the standard of online education,” explains Elena Shumeyko from the Office for International Partnership Organizational and Regulatory Support.

The EAIE conference took place in Helsinki on September 24-27. During the conference, it was announced that the EU is considering a triple increase in the budget of the new Erasmus+ 2021-2027 program. This plan, however, will have to be approved by the European Commission, the European Council and the member-states.

ITMO University traditionally came to the EAIE as a member of Project 5-100 among other participating universities. Meeting with existing and potential educational partners were held during the conference, meaning that a broader range of academic exchange opportunities for students and professors can be expected in the near future. Apart from that, new partnership will bring opportunities for collaboration.