South-East Finland – Russia Cross-Border Cooperation Program: How to Get a Grant

On December 10-11, ITMO University will host an event dedicated to the 2014-2020 South-East Finland – Russia cross-border cooperation program. As part of the event, the stakeholders representing both countries will be able to communicate with the heads of the projects implemented under the initiative’s umbrella and give their feedback. Apart from that, young scientists and students who in the future would like to submit their projects for a grant or gain the support of Finnish partners, will have the chance to ask their more experienced colleagues for advice and exchange contacts with the organizers and representatives of Russian and international delegations. More on the program, the projects and support available in this article by ITMO.NEWS. 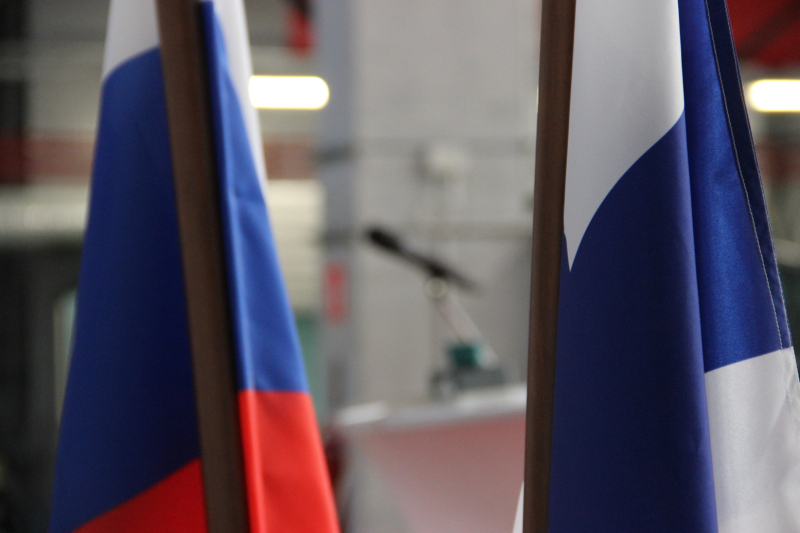 The 2014-2020 South-East Finland – Russia cross-border cooperation (CBC) program is one of the three programs implemented in the cross-border regions between Finland and Russia. The total funding available under the program amounts to 77,5 million euros, 50% of which comes from the EU while the other half is equally covered by Finland and Russia. This gives both countries the opportunity to promote their interests according to their key priorities.

The program’s aim is to contribute to the economic and social development of the cross-border regions, as well as to promote mobility among the project’s participants and create the conditions for the sustainable development of the program’s area. In the 2014‐2020 period, the South-East Finland – Russia CBC program is offering funding in four fields with specific priorities:

Five of the six ITMO University projects supported by the program belong to the remit of the first priority, “Creating a lively, active and competitive economy”. The December 10-11 event will provide a platform for summing up the provisional results of the 2014-2020 program period. The event’s program also includes an information seminar dedicated to the preparation and submission of applications for the final, sixth call for applications, which will close on February 27, 2020. As part of the annual event, three thematic seminars will also be hosted during which the participants will discuss the most crucial questions of the implementation of the program’s current period and generate recommendations for the next program period of 2021 to 2027.

Startups, tourism and clean water: ITMO projects as part of the cooperation program

ITMO University teams implement six projects under the framework of the 2014-2020 South-East Finland – Russia cross-border cooperation program. The majority of them are based on the application of information technologies or bioengineering. For example, the project CroBoDDIT (Cross-Border Dimensions of Disruptive IT) is aimed at the creation of a regional cross-border network of the centers for showcasing breakthrough technologies, including those in the fields of blockchain and the Internet of Things. There is also a range of projects dedicated to the development of small and medium-sized businesses. For one, Twin Campus was designed with the aim of creating favorable conditions for new tech companies. Stepping in as partners in the implementation of this initiative were ITMO University Technopark, St. Petersburg Foundation for Small and Medium-Sized Enterprise Development, South-East Finland University of Applied Sciences (XAMK), and Cursor Oy, the agency responsible for the development of the Kotka-Hamina region. It was in collaboration with these partners that ITMO specialists also initiated the project Startup Connect, which supports the startups and cooperation between small and medium-sized businesses of the two countries.

The projects cover tech businesses and small entrepreneurship, and there is a separate initiative for startups working in the field of biotechnologies, BBC1 (Business in Biotechnology and Circular Economy).

But the projects supported by the program also extend beyond the fields of IT and entrepreneurship. As noted by Igor Kuprienko, head of ITMO University’s Center for Project Development and Fundraising, there are initiatives that focus on the development of tourism. One of these is BizCycle, which aims to promote bicycle and eco tourism in the cross-border areas. Here, ITMO is responsible for the development of the semantic system for searching and creating personalized tourism routes.

“Right now several ecological projects are being developed. For example, the School of Biotechnology and Cryogenic Systems has come up with a water-purifying technology that could be used at fish breeding and processing enterprises, and a technology for fighting off hogweed, which has already found its way into Finland being carried there on the wheels of traveling vehicles,” shares Igor Kuprienko, head of ITMO University’s Center for Project Development and Fundraising.

ITMO’s students and research groups will be able to immerse themselves into the atmosphere of cross-border cooperation and meet the heads of the projects from all St. Petersburg and South-East Finland universities involved as soon as December 10-11 at ITMO’s Lomonosova 9 campus. According to the organizers of the event, this opportunity will provide useful feedback both for those who already have some experience of international collaboration and for those who are just planning to launch into project activities, including with the participation of international partners.

“It has to be noted that a cross-border cooperation program, first of all, involves communication between the regions, so we are trying to propose the ideas which would fit into this exact concept. To all future participants, I’d like to say that you can and should search for partners and develop your projects anytime, regardless of any programs and grants available. Partnerships are built over years; in my experience, the teams that assemble especially to participate in a cross-border cooperation program have really low (about 5-10%) chances to prepare a successful project application. That’s why my advice would be to not wait for a call for applications to be announced and start working on your projects right now, first making arrangements with partners and only then focusing on attracting financial support,” adds Igor Kuprienko.