The project ScanFace, a resident of ITMO University’s Pre-Accelerator program, specializes in face-based psychodiagnostics. They can give an exact identification of what kind of impression you make on others, what aspect of yourself – the shape of your eyebrows or nose – hinder you from getting a promotion and building a stable relationship. Not very long ago, the startup secured an investment to develop in the B2B segment. ITMO.NEWS spoke to its head Filipp Zhuchkov to find out how the project works and plans to develop going forward. 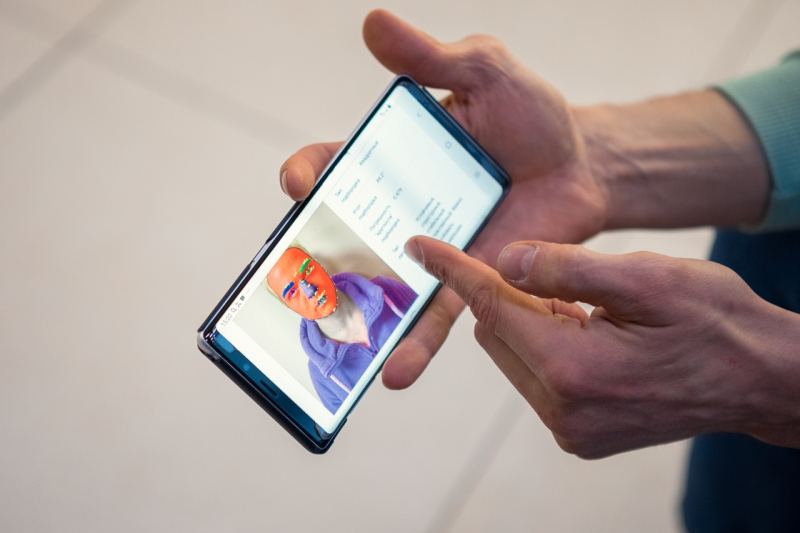 The project’s founder Filipp Zhuchkov came up with the idea of managing first impressions over three years ago. A year ago, the team packaged their concept into a project for beauty specialists. It was aimed at helping them choose the eyebrow shape, makeup style or face structure in accordance with a client’s wishes on how they should be perceived by others. Filipp Zhuchkov presented this project at the St. Petersburg forum RUSH. Back then, investors appreciated the idea but noted that the team didn’t have a product that could be sold.

“I was surprised, because we had the groundwork. What does it mean, we have no product? But later I understood that in the world of startups, a product is something that they’re ready to pay you for. So I set ourselves the goal of creating such a product. We changed the concept and developed a website, and also created an Instagram page from where everyone could order have their face psychodiagnosed,” shares Filipp Zhuckhov.

The technology operates with the help of neural networks and a machine-learning algorithm. Analyzing a photograph of someone, they identify this person’s character traits and personality features. The final analytics is produced by an expert who comments on the obtained results. As of now, ScanFace offers six service packages, from express evaluation to couple analysis aimed at resolving their relationship issues.

According to the head of the project, the technology can help clients make the right first impression and achieve success in their career, interactions with other people, love life, business and even creativity.

Investments and plans for the future

The ScanFace startup has been a participant of several pre-acceleration programs, including those at Peter the Great St. Petersburg Polytechnic University and ITMO University Technopark, where the project is in the first place of the ranking.

“We needed this support in order to test our hypothesis in the field of B2B marketing. The thing is that there are several major companies that are ready to start a collaboration with us: it is a very interesting and promising field that we work in, and what is also important is that we have already achieved good results in the B2B segment and can now think about our plans for the future,” shares Filipp Zhuchkov.

The startup has recently received an investment of three million rubles from the Innovation Support Fund. The team has to spend the money on the development of a product for the B2B market. This is going to be a computer vision-based software algorithm aimed at increasing customer loyalty in those segments which require a long sales cycle and an individual approach to each client. The system will work as follows: the camera scans a client’s face and then, based on the photograph, compiles their psychological portrait and gives recommendations to communication managers. In the longer term, the ScanFace team also plans to develop an HR product that will help businesses find good managers.

“I would like to thank ITMO Technopark’s Pre-Accelerator. It is very different from what we had at Peter the Great St. Petersburg Polytechnic University, which is dedicated, first and foremost, to product integration into major corporations and work with technologies, while ITMO University’s Pre-Accelerator focuses on such issues as the company’s positioning and customer development. Now we plan to get into ITMO University’s Accelerator to continue our work on the project,” says Filipp Zhuchkov.

Apart from that, the company also plans to enter the Western market. According to the project’s head, there are similar developments out there, but they only feature some five–seven psychological types, while ScanFace can produce up to 700 variations based on six features. This number can grow to five million in the future, which will increase the accuracy of analytics and give the startup a competitive advantage.