We may all be stuck at home self-isolating – but what better way to take your mind off things than a good old binge on a great TV show or two (or five)? Here are our suggestions. Enjoy, stay safe, and don’t forget to wash your hands! 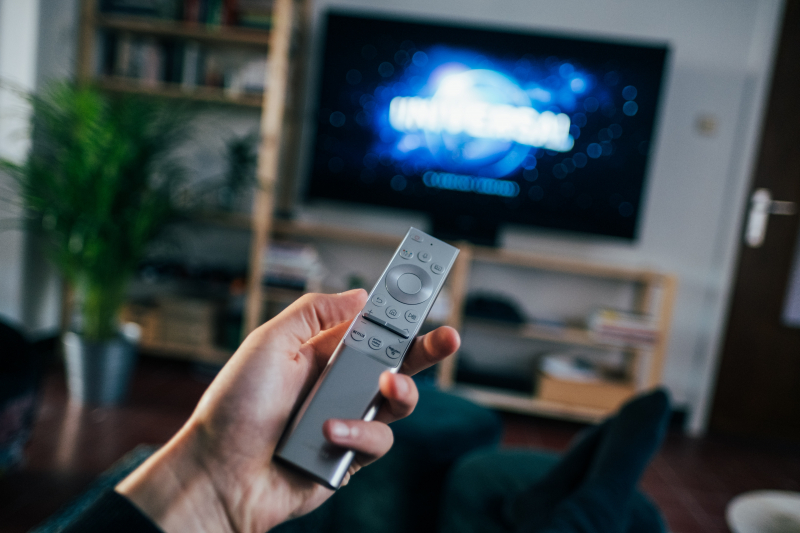 What started off as a classic fish-out-of-water story blossomed into a classic in its own right, though a very underrated one. Created by a father-and-son duo Eugene and Dan Levy, Schitt’s Creek is a warm-hearted, funny, lovable sitcom that follows a one-time video store magnate Johnny Rose and his family – his delightfully diva-esque wife Moira, chronic but endearing socialite daughter Alexis, and absolutely adorable, if just a tad hipstery, son David – whose sudden fall into financial ruin forces them to flee to the small town of Schitt’s Creek – and be rolling in a different kind of it.

Trials, tribulations, conundrums, and much character growth ensue, and you’re guaranteed to be cheering and laughing and blinking back tears along the way – a thoroughly feel-good watch!

An animated series by Warren Ellis, Castlevania follows Count Dracula and his macabre co as he wages war on humanity for killing his wife, and an unlikely trio rises to meet the challenge. The show’s brilliant – darkly funny, totally engrossing, rich on cliffhangers and properly fleshed out, unique characters – but can get pretty gory at times (shocker, but demons and vampires don’t spend their time sniffing flowers), so be guided accordingly. But if you’re not all too squeamish and have a penchant for good, captivating storytelling (don’t we all) – you’re bound to love it.

The Office / Parks and Recreation / The Good Place / Brooklyn Nine-Nine

Some welcome familiarity won’t go amiss in our uncertain times – enter this golden quartet of an iconic workplace comedy, a cheerful local government comedy, a philosophy geek’s heaven comedy, and a charmingly oddball police comedy. Great laughs, great characters, great storylines, all adding up to a very addictive experience you never tire of – these TV offerings belong in the popular culture’s hall of fame, and rightfully so.

With its long-awaited third season set to release on April 26, there has never been a better time to rewatch this gripping thriller about a charismatic serial killer and a bright but bored MI5 security officer whose all-consuming obsession with each other sparks a deadly, tantalizing cat-and-mouse chase. With Phoebe Waller-Bridge enlisted as a writer and an executive producer, you just know it’s gotta be superlative – and it proves to be even more than that.

If you’ve enjoyed Zootopia, you’re on a steady course for enjoying this Netflix new-in – the proof is in its more sombre and nuanced, but still bizarrely fun, storyline. Based on an award-winning Japanese manga, Beastars takes place in a universe inhabited by anthropomorphic animals – and centers on a complicated relationship between two characters who are positioned, by nature itself, on the opposite ends of the spectrum. The real situation, however, is not that simple, and that’s the – both figurative and literal – catch. It’s unconventional and, well, wild – thoughts will be provoked, brows will be raised, and socks will be rocked off (hopefully).

We also have loads of other film and TV recommendations here – tuck in!