On March 20-22, the national university hackathon HackUniversity took place. This is the first time that the competition has been conducted online: over 90 teams solved cases and communicated with organizers in real-time mode. The four teams that became the competition’s award winners were from ITMO University. We talked to the members of team Inview and learned about the hackathon’s proceedings and the solution they proposed. 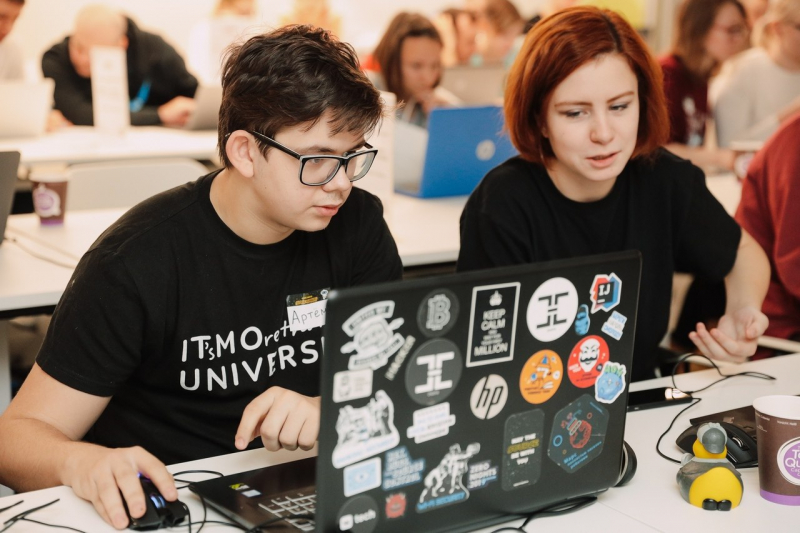 HackUniversity is the national hackathon. In 2018 and 2019, its finals took place in St. Petersburg, and this year, it is the first time that it has been conducted online.

Students applied on the hackathon’s website. After the selection, each team chose one of the nine proposed cases. All the tasks were based on the real needs of partner companies:

Each team made their own decisions on where to work on their case. However, the organizers offered the teams financial aid (up to 4,000 rubles depending on the number of participants) to spend on the essential resources, equipment and food.

The teams had to send reports on every stage of the development process: photos of their workplace and drafts of both their solution and its presentation.

Traditionally, HackUniversity includes not only the hackathon itself but also workshops by various experts. This year, they were conducted in a Telegram chat.

A total of 93 teams made it to the finals, and 30 became award winners. Among the award-winning teams from ITMO University were the team ArrayIndexOutofBound Exception (first place in AI/ML), FluffyDev (third place in Mobile Applications and Services), “Like the first time” (“Как в первый раз”, first place in Smart City) and Inview (third place in Big Data and Industry 4.0).

“Our solution was based on microservice architecture, it’s quite efficient and allows us to effectively monitor metrics. By the way, we got the highest score for technical complexity and distinction. For example, for our service that does monitoring and analyzes data from the server, we’ve used the Go language and extended it with Python,” comments Artem Zaglubotsky, member of the Inview team and student at the Faculty of Secure Information Technologies.

Each of the tasks was based on the needs of a partner company that’s interested in such projects. Now, the teams have the time to finalize their solutions and maybe implement them.

“Every track has its own requirements for the continuation of collaboration. For one, BIOCAD offered the teams of their associated track to do an internship with them. For now, we aspire to improve and finalize our project. At the time we turned it in, the analysis of metrics and detection of anomalies was on the basic level, and we want to make it more precise. We might add machine learning in order to further improve the service’s efficiency,” notes Anna Berezina, another Invew team member who’s also a student at ITMO’s Faculty of Secure Information Technologies.

The students also say that working on a case from home wasn’t really different from what they’re used to, as the communication was well organized. The only drawback had to do with discipline: it’s a lot harder to stay focused and not become too relaxed when you’re at home.