Me & My Robot: ITMO Roboticists Feature in a Documentary by American Filmmaker Mark Decena

The members of ITMO University’s robotics team from Creative Robotics Lab have been put in the spotlight in the documentary by an American documentary maker and director Mark Decena. Me & My Robot follows the young roboticists as they compete for gold at the World Robot Olympiad. The documentary has been presented at CPH:DOX, one of the largest and most prestigious international documentary festivals currently being held online. You can watch the film for free until April 5. 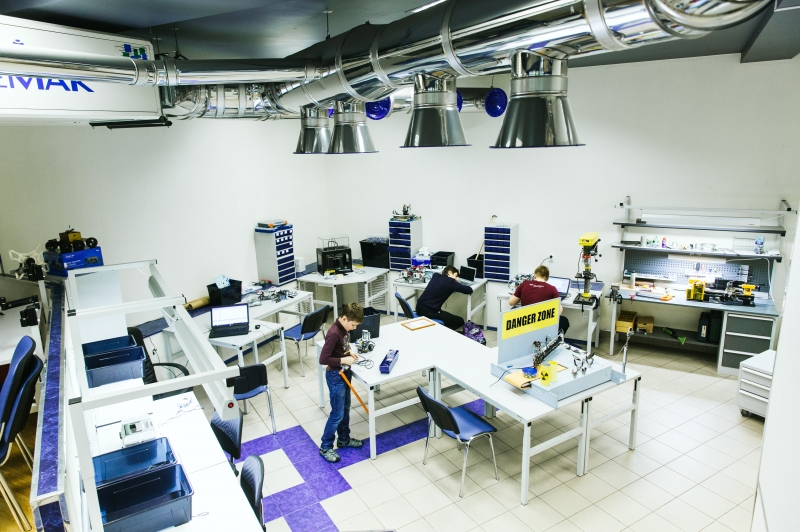 In the words of its creators, the documentary tells the story of the next generation of engineers, inventors, and scientists – a diverse group of school students from 65 countries who design and build problem-solving robots as a way to have fun while changing the world.

The creators of Me & My Robot follow the 18 teams from ten countries on their way to Thailand – to take part in the 2018 World Robot Olympiad. Here, the young roboteers get acquainted with the rules of the competition, gear up for any unforeseen circumstances, and overcome the obstacles as they arise in real-time mode. Weaving the teams’ interviews and vlogs into the narration, the documentary’s director doesn’t just focus on the winners and losers but emphasizes the power of using a common engineering language for solving the world’s most complex problems.

Among the ones featured in the documentary are the members of the Creative Robotics Lab of ITMO University’s School of Computer Technologies and Control – Vasily Dunaev, Dmitry Kharlapenko, and Alexander Tulpanov, then-students at the Presidential Physics and Mathematics Lyceum No. 239 and the Laboratory of Continuous Mathematical Education. The Creative Robotics Lab project is also implemented by ITMO in collaboration with the Lyceum No. 239.

In 2018, led by coaches Igor Lositskiy and Evgeny Zavarin, the team won first place in the Senior High category of the World Robot Olympiad. They were competing with their innovative project Strawberry Fields – a smart strawberry patch. According to the authors’ idea, a robot locates the berries using a neural network, identifies their state, and uploads the map of the patch to the internet. Using a special app, anyone can select any berry from the patch, after which the robot harvests it and places it on a quadcopter, which delivers it to the requester.

In the documentary, the young roboticists talk about their work, the applications of robotics in different fields – from medicine to cosmetics, as well as what motivates them to do what they do every day.

The documentary was created by Mark Decena – an American director, documentary maker, script writer and producer of feature films and television programs, and a laureate of the Alfred P. Sloan Prize. Decena’s documentary work spans themes of social justice, sustainable design, and the environment.

We’ll add that this year, the film has been included in the program of CPH:DOX, one of the world’s largest and most prestigious documentary festivals, which is now taking place online. You can watch Me & My Robot for free until April 5 here.