On May 9 of each year, Russia celebrates Victory Day – an anniversary of the surrender of Nazi Germany in 1945 and the counterpart of VE Day. Since 1965, it has been a public holiday and Victory Parades are held on this day in many cities across the nation. In 2020, however, the pandemic forced authorities to postpone the celebrations. Nevertheless, citizens of St. Petersburg will still be able to commemorate the day, albeit in a “contact-free” manner. Below, you’ll find a retrospective of the Victory Parade in St. Petersburg through the years; scroll to the bottom for a list of events planned for May 9, 2020. 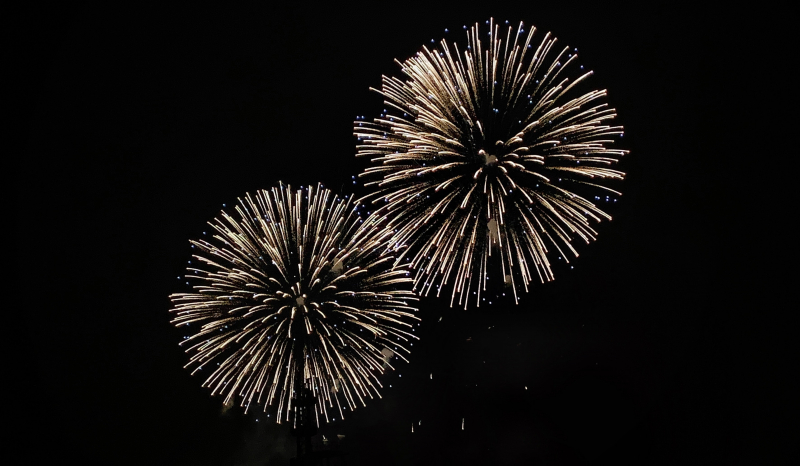 Celebrations in Leningrad on May 9, 1945. Credit: culture.ru

The one-day difference between Victory Day and VE Day is a simple matter of time zones. Late in the evening of May 8, 1945, when Nazi Germany signed its surrender to the Allies, it was already past midnght of the next day in Moscow. Thus, Soviet citizens learned the good news in the early morning of May 9.

To the citizens of Leningrad, this was a mere 14 months after the city had been fully liberated from under a 872-day siege that took the lives of approximately a million people. Today, nearly half of them are buried at the Piskaryovskoye Memorial Cemetery.

In 1965, Victory Day was proclaimed a national holiday. Here’s a look at how the event was celebrated in Leningrad and St. Petersburg through the years:

The above photo by the ITAR-TASS photographer Ivan Kurtov earned him a World Press Photo award in 1990 and depicts Anatoly Golimbievsky, a heavily decorated veteran who lost both legs in the Second World War, being saluted by four Nakhimov School sailors.

Since 2012, the Immortal Regiment initiative encourages relatives and descendants of those who fought, labored, or survived in the Great Patriotic War to preserve their memories during special Victory Day marches. In 2020, these events will take place online using a web service developed by ITMO University staff.

Even though public celebrations in St. Petersburg are cancelled in the wake of the pandemic, the importance of the day will still be commemorated through various events. At 10 AM local time, braziers will be lit on the Rostral Columns in celebration, immediately followed by a flyover of military planes and helicopters; at the same time, naval craft will parade on the Neva River.

Throughout the day, wartime music will be played via public announcement systems. At 7 PM local time, a minute of silence will be held in the memory of all who perished in the war. Contrary to some reports, a fireworks display will not take place in the evening so as not to attract crowds. A gun salute will sound at midday from the bastions of the Peter and Paul Fortress.