From August 31 to September 4, 2020, ITMO University hosted Introduction Days (link in Russian) for first-year Bachelor’s and Master’s students. The event was created last year to introduce new students to the university’s system, the opportunities it offers – and above all, each other. ITMO.GO, a large-scale celebration traditionally marks the end of the introductory block. 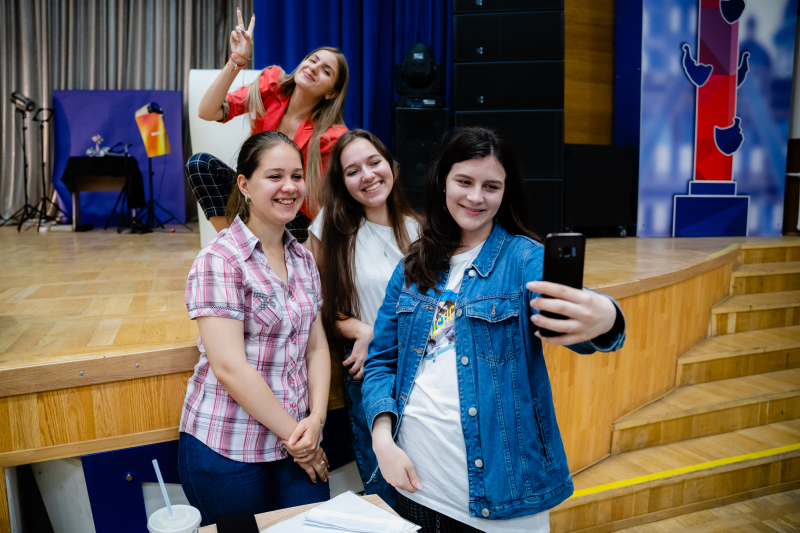 Introduction Days is a few orientation days when applicants actually become real students. They learn how the university is organized, where they can get timely information, receive their student IDs, and get acquainted with a group mentor known as an “adapter” that accompanies the first-years all week. However, Introduction Days was created not only to clarify organizational and educational issues for newcomers but also so that they had the opportunity to get to know each other in an informal setting, take part in team-building games with their study group and students of other schools.

This year, the many events of Introduction Days were held not only for Bachelor’s but also for Master’s students. The whole program was divided into two blocks: Team Building and the Club System Quest.

From August 31 to September 3, the events took place at ITMO University’s campuses: on Kronverksky Pr. 49 and Lomonosova St. 9. During the first two days, new students met each other, chose the head of their group, and received student IDs; and over the next two days, they learned that ITMO University offers more than 70 student clubs (link in Russian) they can attend.

The highlight of the first week is ITMO.GO, an open-air event with music and Digital Native photo zones, which is being held today at three different venues: on Kronverksky Pr. 49, Lomonosova St. 9, and Grivtsova Lane, 14-16A.

“This year’s Introduction Days was very different from what it used to be. The ITMO.GO celebration, which we traditionally held on the first day of school, was postponed to the end of the week, and the program began a couple of weeks before September 1 on Instagram as the ITMO.Enter (link in Russian) project. We told the new students about ITMO University’s values, extracurricular activities, campuses, dorms, and the educational process. We even had a few live sessions online. Since the admission documents had not yet been finalized at the time of the project’s launch, we also wanted to attract those people who still hadn’t made a final decision about which university they would enroll in,” says Evgeny Raskin, the Head of Department of Youth Policy and Deputy Head of Student Services Office.

The first two days of Introduction Days – August 31 and September 1 – were held under the umbrella of Team Building. First, Master’s, and then Bachelor’s students got acquainted with their adapters, future classmates, and even students of other faculties.

“We ourselves prepared team-building exercises for first-year students. For 1.5 hours, they talked about themselves, played, worked in a team – then we all went to the assembly hall where a quest and another 1.5 hours of large-scale team building began,” explains Ilya Kovalenko, an adapter and second-year student of the Faculty of Secure Information Technologies. “This is the first time I have participated in such an event. At first, I was very worried, because it is a lot of responsibility: I have to introduce students to ITMO Family, show how everything works here, as well as motivate them in the same way as my adapter once inspired me. I hope that I did it well.”

Alongside the main program, offline and online meetings with heads of faculties, representatives of educational modules, the Student Services Office, and the Department of Academic Affairs were held in two buildings. Students had the chance to ask questions about settling into dormitories, completing educational modules, or academic exchange programs.

“I got my Bachelor’s degree at another university, and then enrolled in a Master’s program here, so even though I already had this experience, I was still confused. I thought that a module program was complicated – as it turned out, it was not – but someone must explain it clearly to you. This is a very convenient system: an organized and systematic explanation of the most important points for students. Usually, universities do not do this, that’s why many students have to figure out everything themselves, feeling like they are thrown in at the deep end. Of course, after some time they learn themselves by making mistakes and wasting a lot of time. But what’s the point? If you can just spend a few days and find out everything,” shares Anna Chitah, a Master’s student of the Faculty of Secure Information Technologies.

So that students do not get lost, and most importantly, do not gather in large groups – ITMO.STUDENTS (link in Russian) specialists have developed an IS app, where each student could find an individual schedule for all four days of IDays, their adapter’s contacts, QR codes for entering the university, information about student clubs, and a schedule of the first meetings.

On September 2-3, the first-years had a face-to-face meeting with the representatives of ITMO University clubs on a quest that consisted of 13 stations (the clubs were united by theme). The students spent only 15 minutes at each stage to get acquainted with different communities in the field of volunteering, sports, science, animal welfare, media, etc. There, they could also sign up for the clubs or learn how to launch their own club at ITMO University.

“There are tables in the gym with representatives from different sports. We tell them how and when we have training, whom we are looking for, where we train, and in what competitions we participate. Students can immediately try the sport out. For example, we had them rowing 250 meters, after that, we gave them a smoothie in our sports bar,” shares Anastasia Ivanova, a student of the Faculty of Food Biotechnologies and Engineering and a member of the Kronbars rowing team.

Today, already familiar with the university, their classmates, and ITMO University’s system, students have been joining a large celebration in honor of the beginning of the academic year – ITMO.GO. This year, to avoid big crowds, students are celebrating at three different campuses: on Kronverksky Pr., Lomonosova St. and Grivtsova Lane.

“Introduction Days is a very useful event. During team building we got to know each other, learned each other's names, did funny icebreakers, I think, to overcome some internal barriers and open up. And it is great, because we came from different schools, and different cities – and we really needed it. Then, we talked about future opportunities, the adapters shared life hacks, gave out our student IDs, and welcomed us to ITMO Family – it was cool. This is actually something that I have never seen, and I am very happy,” shares Danila Fedyunin, a first-year student of the Faculty of Secure Information Technologies.