Today, on June 8, 2021, the first videoconferencing call has been made using the quantum-encrypted communication line between Moscow and St. Petersburg. Dmitry Chernyshenko, Deputy Prime Minister of the Russian Federation, Oleg Belozyorov, general director and chair of the board of Russian Railways, and Alexander Beglov, Governor of St. Petersburg, took part in the event. ITMO University has been one of Russian Railways’ partners in the implementation of the network. 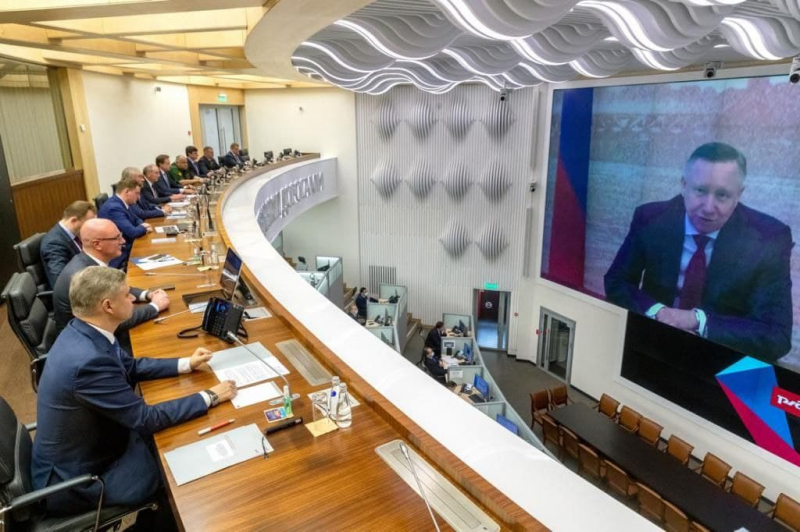 The quantum “highway” Moscow-St.Petersburg, with its length of approximately 700 kilometers, is the largest in Europe and second largest in the world. The system is based on original Russian technological solutions. This new infrastructure makes it possible to transmit large amounts of data at a high level of protection. The security of the data is ensured by the principles of quantum physics.

Quantum communications are a new high tech field that exists at the interaction of photonics (the use of optical signals and development of devices based on them) and quantum technologies. The pilot stretch of the quantum network Moscow-St. Petersburg is the first part of Quantum Communication Platform (QCP), a project for the nation’s digital economy developed by the staff of ITMO University’s National Center for Quantum Internet. ITMO staff take part in all stages of the project’s development: from the design of principles for quantum distribution of encryption keys – which ensure the systems’ unprecedented resilience against unsanctioned access – to the installation, tuning, and putting the system into service.

"Introducing this technology will allow us to significantly heighten the security of existing communication networks, including protecting them from potential threats," comments Sergey Khoruzhnikov, head of ITMO University’s National Center for Quantum Internet. "It's based on quantum communication at side frequencies. What makes this method special is that single photons aren’t emitted directly by the source. Instead, they appear at side frequencies as a result of phase modulation of conventional pulses. The interval between the carrier frequency and the sub-frequencies equals approximately 10-20 pm. This approach allows us to transmit quantum signals over the distance of 200 kilometers at the speed of 400 Mbps.”

During the “quantum call,” the participants discussed prospects for collaboration with St. Petersburg and the surrounding region, as well as the opportunities for application of this technology. Presentations were held of Russian quantum communications equipment and the quantum network monitoring system.

“We’re glad to have partners like Russian Railways with which to implement complex projects in such a short time frame as part of the national program Digital Economy. I’d like to point out that the road map for quantum communications was only signed last August, and yet we already have a tangible result – the quantum network we launched today. There is a strong demand for this technology from government bodies as well as businesses, which is important. A large number of partners were involved in the creation of theis network – from SIEs and research institutes to major corporations. This is a great achievement for our scientists to make now, in the Year of Science and Technology,” said Dmitry Chernyshenko. He also noted that technologies of this kind are very relevant in the light of the growing threat of cyberattacks. “Russia is among the leaders [in this field], and the length of this first stretch, 700 kilometers, is the world’s second largest. We have great plans and ambitions, and we’ll develop this technology in order to establish secure quantum communications networks all over the country. By 2024 the total length of all communication lines [in Russia] will reach 7,000 kilometers; the project has already been provided with the necessary funding.”


“It has taken less than a year to implement this pilot project, and today we’re turning a new page in the nation’s history. The pilot section of the Moscow-St. Petersburg quantum communications network is complete – that is, no doubt, a true breakthrough in Russian telecommunications field. And that’s just the first step. As per the road map, we’ll need to complete 120 projects and 75 products and services,” noted Oleg Belozyorov.

He emphasized that the Moscow-St. Petersburg quantum communications network will make it possible to test new technological solutions and introduce services of critical importance.

“We can already say that today, Russia holds one of the world’s leading positions in quantum communications,” added the head of Russian Railways.

In addition to ITMO University, Russian Railways’ partners in the implementation of the construction project were Special Technology Center JSC, SMARTS-Quanttelecom JSC, and Amikon JSC.