How an ITMO Student Helped Develop 5G Networks in EU

Anton Gusarov, a PhD student at the High-Performance Computing Department, spent nearly three weeks working on the European Union’s project SILIKA as a visiting researcher at the Chalmers University of Technology. The project aims to establish a technological foundation for next-gen 5G mobile networks. Funded by the EC Horizon 2020 program, it involves scientists from Sweden, the Netherlands, and Belgium, as well as representatives of major companies. 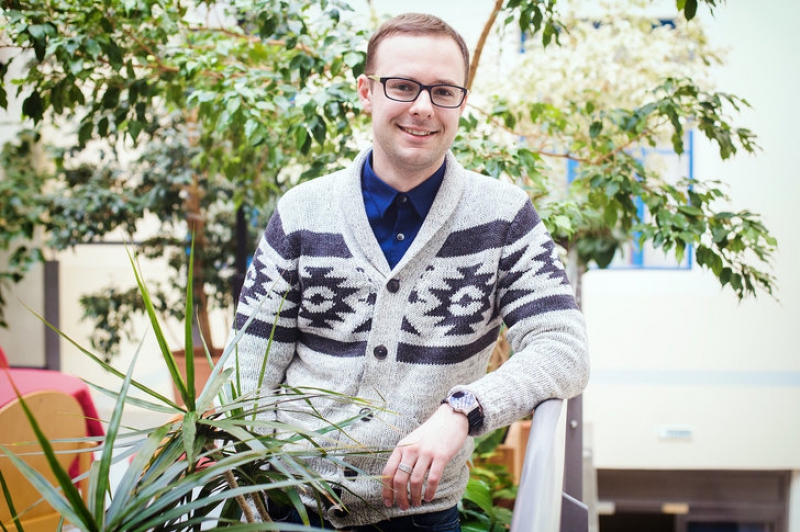 4G remains the latest generation of mobile communication technology. Still, the number of always-online users keeps on growing: data for 2017 shows that nearly half of the world’s population uses the internet, and the numbers have increased threefold in the past decade. Besides, latest inventions in the field of Internet of Things (IoT) have shown that, soon enough, machines will also use wireless connections to communicate with each other. Smart city technologies require a large amount of sensors and various auxiliary systems, which will undoubtedly use wireless technology to interact. And today’s 4G format is not viable for transferring these amounts of data.

5G is expected to eradicate some of 4G’s issues with the help of two technologies. The first is called Massive-MIMO (Multiple Input – Multiple Output). The gist is that signals are sent out and received not through a single antenna, but using several antennas united into a single device – an antenna array. Signals are “split” into segments and each one is sent out using a separate channel. In other words, the speed of data transfer is determined by the number of antennas in an array. With Massive-MIMO, the number of such elements amounts to hundreds. At the same time, these arrays can form several narrow-focused beams and therefore lessen the amount of interference – which also improves data transfer speeds.

One other important feature of 5G is its use of millimeter waves, i.e. waves with a wavelength up to a centimeter, which correspond to frequencies of 30 to 300 GHz. These are very high frequencies; for comparison, 4G systems operate within the limits of 3 GHz. Why is it good that they’re higher? The higher the frequency, the more channels there are, which can be used simultaneously by many different devices (smartphones, sensors, etc.) – and this means that each individual signal’s speed grows, too. In addition, these wavelengths reduce the size of each antenna, making them more compact and efficient. One drawback is that these waves have a smaller propagation length.

The mission of the SILIKA project is to establish a technological framework for the future 5G networks, particularly the Massive-MIMO antenna arrays in the millimeter wave band. Researchers are developing new energy- and cost-efficient antenna arrays that would be integrated into BiCMOS-based radioelectronics. New methods of signal processing are in development, as well. As the project’s website states, this multi-level endeavor requires cooperation from scientists in various fields and the representatives of tech businesses.

SILIKA’s main academic partners are the Eindhoven University of Technology (the Netherlands), Chalmers University of Technology (Sweden) and KU Leuven (Belgium). Among its industrial partners, the largest one is the telecommunications company Ericsson. SILIKA has an educational goal, too: 12 PhD students from European universities are permanent participants of the project. Researchers from other universities are also invited to take part; one of such students was the ITMO student Anton Gusarov.

At SILIKA, Anton worked on computational modeling and the optimization of radiating elements for Massive-MIMO. It was necessary to confirm that certain properties of antenna elements can be achieved in order to integrate antennas into large arrays. The task was completed successfully and the basic structure of an antenna array was outlined for future development.

Anton was invited to a research internship at SILIKA by Marianna Ivashina, a professor at the Chalmers University of Technoloogy, whom he’d met during his Master’s studies at the Royal Institute of Technology in Stockholm. Anton studied in Sweden on the Swedish Institute’s Visby Scholarship after completing his first year of Master’s studies at ITMO University on the program “Supercomputer technologies in interdisciplinary research” at the High-Performance Computing Department.

“Master’s students usually take part in research projects that are carried out at the High-Performance Computing Department. I studied algorithms of data propagation in complex networks of varied topology. It’s very abstract and theoretical, yet I was interested in how these ideas can be applied in creating new unprecedented algorithms for mobile networks. Wireless networks, especially the future ones, are a multitude of interconnected elements that exchange information and optimize their function based on the circumstances. In future networks, like the Internet of Things, for example, independence and decentralization will play a huge role,” – explains Anton Gusarov.

In his motivational letter for the Visby scholarship, Anton described how his research at ITMO University relates to the educational program he chose in Sweden. To become a recipient of a scholarship like Visby, one needs to describe in precise terms their goals and how education abroad will help them solve relevant issues in their home country. At the Royal Institute of Technology, he continued to study telecommunications using the experience he gained at ITMO University. In Sweden, his scientific supervisor was Marianna Ivashina, who later invited him to participate in the SILIKA project as a PhD student.

“Research centers tend to strive towards expanding their list of scientific contacts and attracting young, ambitious scientists. This is why specialists from different university are often invited to participate in their projects. Sweden is a small country, so personal contacts, too, play a significant role, as well as your reputation within a small community of professionals: oftentimes they’ll invite those they know or have previously worked with. Although that is the common practice in most of the scientific world. At SILIKA I was able to use the experience I gained at ITMO University,” – says Gusarov.

His current research at ITMO has to do with statistical analysis of the results of computer modeling of complex physical processes. For one of the projects, he developed a method for statistical correction of modeled wind fields in the Arctic based on available open data.

After completing his PhD, Anton Gusarov plans to continue his career doing R&D in the industry. The knowledge and skills he gained at SILIKA have helped him realize the importance of soft skills.

“Seeing how major projects are done in Europe helps you reassess what lies at the core of success in applied research. In European universities, they are very serious about management and coordinating all the processes during research. Of course, science is a creative process that needs flexibility. In reality, applying the principles of project management in scientific research is very beneficial to teamwork. In Sweden, you are always in contact with your scientific supervisor and your colleagues, there are regular briefings and there is clear lateral communication. It is also important for PhD students there to display initiative from the get-go and to be ready to work independently, as it is their own responsibility whether their project fails or succeeds,” – says the young scientist.