Academic Exchange in Brussels: Urban Science in the Heart of Europe

The heart of Europe, the headquarters of the EU, dozens of museums and historic streets – this is Brussels as seen by tourists. But for an urbanist, this city, with all its sights, is still a place where many issues are yet to be solved. How do you set up new spaces in the old city, ensure pedestrian connectivity and make a city modern? Ekaterina Grekhnyova, a Master’s student at ITMO University, tackled these and other tasks during a semester spent at the Vrije Universiteit Brussel. She spoke to ITMO.NEWS about studying and living in Belgium. 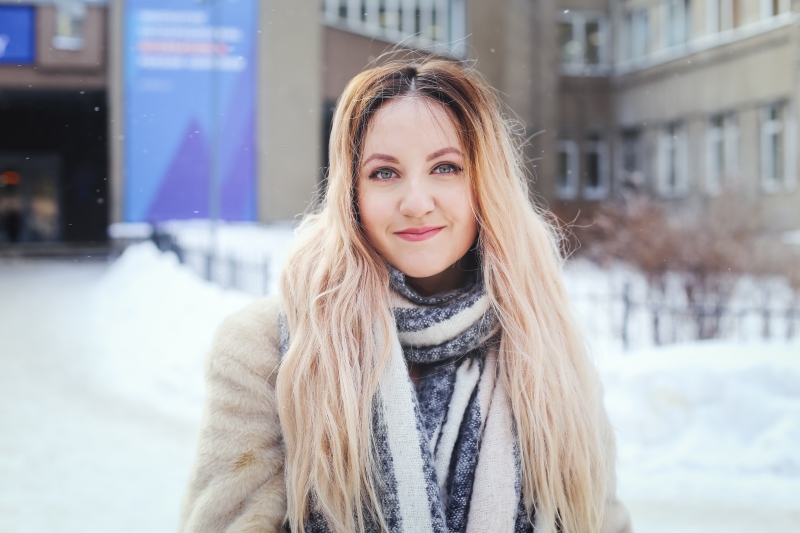 The Free University of Brussels (Vrije Universiteit Brussel) has a long history. Originally founded in 1834 as a French university, it introduced courses in Dutch in 1934; finally, in 1970 it split into two universities of the same name, one teaching in French and the other in Dutch. Even today, the universities work closely together.

VUB’s two campuses are in the heart of Brussels, right next to its main sights. Even today, it prides itself on its open doors policy and an atmosphere of democracy, wherein everyone – from students to professors – is able to influence the university’ decisions.

VUB also cooperates with the local community and launches various initiatives; the university’s students and staff conduct research on Brussels’ social and economic development, as well as urban studies and planning.

How to study in Belgium

Second-year Master’s student from ITMO’s Institute of Design and Urban Studies Ekaterina Grekhnyova also took part in some of the projects on Brussels’ urban development and spent the past semester on exchange in VUB.  Ekaterina had started to prepare for her trip to Belgium in advance – starting last spring, when the annual academic mobility competition was announced.

“I learned about the academic mobility program at ITMO when I first came here for my Master’s studies. I could apply then, but since we’d just started our studies, I decided to put it off. Last spring I started to look for a university I’d like to go to; the deciding factor for me was it would have a program with subjects matching the ones I have here at ITMO – so I wouldn’t come back and have to pass more exams. The Free University of Brussels was just right for that, since they let you pick any course you like. I went with the program in Urban Studies,” – she explains.

Even though Ekaterina had chosen Urban Studies as her major, some of her classes also matched with the other urbanistic courses at VUB – such as the Urban Planning program and the Master’s program 4Cities. Classes at VUB include lectures, practical training; even the lectures are structured as a dialogue between students and the lecturers.

“Lectures here are held as discussions; they get pretty lively, too. It’s nice that the students are capable of processing the new information critically, that they ask why things are this way or that. Most of the studies are practice-oriented. As part of the course on urban analysis, we first discussed theoretical material during lectures, and then carried out an entire research project for the practical part,” – says Ekaterina.

The study was done over the course of an entire semester and included a complex analysis of Forest/Vorst, one of Brussels’ 19 municipalities. Students were tasked with identifying the key issues related to area planning and propose solutions. For that purpose, they studied the land, interviewed locals, compiled mindmaps and identified the stakeholders – the key people involved in the process. After the interviews and the analysis, they put together a master plan for the area’s future development.

“We spent six months on this study; it was intended, first and foremost, to immerse the students in the process of urban planning as it is in real life. It’s not like you’re just given a task and you solve it using a template. You have to study the community, understand the city’s interests,” – she explains – “What is the main issue for Brussels? The city is made up of 19 municipalities, which are all independent from each other, and that is the main challenge there, as the region can’t develop properly when its parts don’t interact. That is why most of the studies on urban planning in Brussels focus on ensuring the connectivity within these small communities.”

As part of a separate workshop, Ekaterina worked on another large project, the results of which were presented to the city’s administration and its chief architect. Among its participants were not only students, but also young specialists and experts in the field of urban studies.

Its main goal was to solve the issue of a lack of pedestrian connectivity between the various districts of central Brussels. First, the participants examined the area and identified the main issues, as well as the possible spots that could be used to combat them; then, they proposed the optimal routes. One of the proposals was for the organization of an entire student block, as many students reside in the area and require a different urban environment.

“Learning about urban science in Brussels is especially interesting, and here’s why: when you first come here, you naturally expect a typical, highly advanced European city. But from the point of view of urban science, there are lots of issues here, which makes work more exciting. They pay a lot of attention to solving these issues here, and lots of research is done, sometimes with the supervision of local authorities. The last project I worked on was organized by the city, and the workshop was held at the city’s planning bureau. The chief architect of Brussels and representatives of city government were present at our research defense, and we hope that our suggestions will be considered,” – says Ekaterina Grekhnyova.

Life in Brussels isn’t cheap, but there are ways to save up. For one, you don’t need to worry about accommodation. VUB provides dorm space to students on semester exchange programs, and the dorms are right on the campus. The international students’ dorm is more like a hotel, and it houses students from all over the world – Europe, Canada, Brasil, USA, Iran, Mexico and many others.

Public transportation is inexpensive, too. A year-long student transport pass costs only 50 euros. Besides, studying in central Europe means great opportunities for travel. During the semester, Ekaterina managed to see much of Belgium, including the cities like Bruges, Liege, Namur, and others, as well as go to Germany and the Netherlands.

“Belgium is the center of Europe, and everything is very close, so naturally you have to take the opportunity to travel. Travel to other countries is indeed pretty cheap. Not to mention that Brussels itself is a city ripe with events and parties. As a foreign student, you might sometimes find it hard to focus on your studies because of all this variety. Still, it’s important to maintain a balance between studies and extracurricular activities,” – tells us Ms. Grekhnyova.

Ekaterina plans to use the experience she acquired over the semester in her future research. One of the studies she worked on will serve as a basis for her Master’s thesis, in which she will examine the effects that the introduction of unmanned vehicles will have on the development of urban infrastructure. She also plans to go abroad for her PhD.

“Urban science is still very much a young science in Russia; we also live in different circumstances, which is why the methods vary here and abroad. In the future, as the science grows, Russia will develop its own methods,” – Ekaterina says – “But I believe that every student and urban studies specialists must try their hand at a program like this, as there’s no way to become a professional without having this experience. Indeed, there are things we should learn – like how to carry out research and projects.”