Internships in Belgium: How to Apply and What to Expect

Elena Eremeeva and Daniil Ilatovskiy are Master's students at ITMO's SCAMT laboratory who have recently completed internships at universities in Belgium. They had an opportunity to use new equipment there as well as become acquainted with how research work is conducted in Europe. This experience will help them to better organize their research and improve the operation of the entire SCAMT (Solution Chemistry of Advanced Materials and Technologies) Laboratory. The students were able to take part in the internships thanks to academic mobility competitions organized by the university. 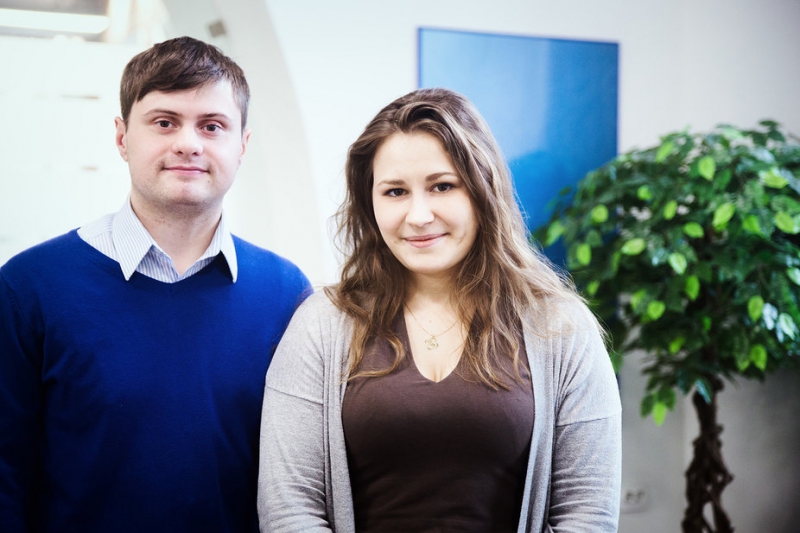 Ghent University, Internship at the Sol-gel Centre for Research on Inorganic Powders and Thin films Synthesis

Elena Eremeeva took an internship at the SCRIPTs Laboratory at Ghent University, which focuses on research and synthesis of inorganic powders and thin films, including inkjet printing. She found the laboratory after looking up information on a summer school on inkjet printing that had been held in Ghent in 2017. Thus she found the research group at the University of Ghent and wrote to the supervisor, Professor Klaartje De Buysser. In her email she briefly described the project which she is working on at ITMO University and also what she’d like to participate in at the Belgian University. Such a letter is called a Proposal Statement, and is absolutely necessary if you want to take part in a research internship in a laboratory abroad. Before she was given the internship, Elena also had an online interview with the professor. Then she had to prepare the documents for her visa.

“I would recommend to all students who want to study at an overseas university, to arrange all the documents in advance. I had several problems with the visa as I couldn’t find out exactly what documents I needed. ITMO University’s Brussels Office was a great help. However, in the end I had to go to Belgium with a tourist visa which ended halfway through the internship, but Ghent University helped me pay for the fine and arranged all the paperwork” explained Elena.

At the SCAMT laboratory, Elena is involved in printing different structures using nanocrystalline cellulose, which has the properties of liquid crystals. These properties make it possible to print an image that, under natural light, would be transparent, but in polarized light would acquire color. Thus, it’ll be possible to use this technology to protect documents and items from counterfeiting as well as to create color filters.

“Previously, nanocrystalline cellulose was used for films and coatings, including textured coatings, but not objects which would gain color in polarized light. This is a promising research, since cellulose is a material accessible to everyone, it’s easy to expose to any kind of manipulation”, - commented Elena.

She printed her first items at ITMO University’s lab one week before going to Ghent. At the lab in Belgium, she received access to other equipment and reagents, and so was able to modify the synthesis of the nanocrystalline cellulose in order to find the most effective process. At Ghent University, she was able to develop further the research that she plans to continue at ITMO University and later on in her PhD studies.

“I worked in a lab where inkjet printing has been researched for many years now, and so I was able to acquire a great deal of experience and knowledge. I brought two theses with me from my supervisors, which I’m studying now. They were also interested in what I am doing, because earlier they didn’t study nanocrystalline cellulose printing” - said Elena Eremeeva.

Working at the lab

According to Elena, while at Ghent University, she learned a lot about the proper organization of time and work as a scientist. It’s acceptable there to spent 90% of time preparing for an experiment and 10% on the experiment itself. That is, researchers carefully double-check all the data and methodologically describe the process. Each employee of the lab cares about the environment, meaning that waste materials are sorted into different containers, which are then disposed of according to strict rules. Since the laboratory has been working for a long time, there is a clearly established process for obtaining reagents and various additional equipment.

At the same time, a meeting of the research group takes place every week, during which the participants report on the work done as well as indicate difficulties and emerging problems. Together, the scientists try to solve these difficulties. At these meetings, the group plans the schedule of their future work. Also, every employee at the lab meets with their supervisor once every two weeks to discuss their projects.

“This systematic approach gives excellent results, because you know exactly what is expected of you and what you should manage to do this week, and next week. At the same time, in Belgium, it’s not customary to stay at work after work hours are over, people come at 9 in the morning and leave at 5 in the evening, they value their free time and try to develop in other areas. For example, one of my Belgian colleagues has been taking sommelier classes in the evenings for the last two years, just because he’s interested in it. Of course, sometimes people do stay late in the lab, but it’s quite rare, because per occupational safety rules, a person can’t stay alone in the building,” commented Elena.

Life outside the University

Ghent is a student city, so there are many different events for students, both educational and entertaining in nature. For example, Elena joined a language club and also attended the 200th anniversary of Ghent University. During the celebration, world-renowned scientists with high Hirsch index participated in a chemical show for children and other citizens of Ghent; throughout the day they performed different experiments, explained how they work, talked with fans of popular science.

There is a street called Overpoort in the city, which is the center of attraction for students in their free time. They meet there, organize parties and get to know each other.

“There is a feeling of community in the university’s town, a common student and research atmosphere. I really liked the European culture of higher education. So now I want to participate more in internships and exchange programs, in order to get more international experience” said Elena Eremeeva.

University of Liège, Center for Education and Research on Macromolecules (CERM)

Daniil Ilatovsky went to the University of Liège for his internship in the Center for Education and Research on Macromolecules (CERM). Just like Elena, he participated in an academic mobility competition from ITMO University and got in contact with the Professor from the Center. He chose the University of Liège, since in 2017 the large Sol-Gel conference was held there, there are groups based there that do research in this field.

Moreover, the research group which Daniil chose had the facilities necessary for experiments which were not available at that time in SCAMT, but were quite important for expanding his research. Such equipment is gradually being acquired in the laboratory here at ITMO.

In St. Petersburg, Daniil was researching xerogel. Gel is a disperse system with a liquid medium which has solid particles. The concentration is high enough for there to be interaction between the particles.  Thus the same gel is formed which is a viscous matter, neither liquid nor solid. If you dry these gels, that is, remove the liquid, you get xerogel, which has new and useful properties. However, due to the drying, the structure of the gel changes because of the internal pressure of the substance.

To prevent this, it is possible to apply the technology of supercritical drying in carbon dioxide.  In order to research this technology, Daniil went to the University of Liège. When carbon dioxide is brought to a supercritical state it acquires properties which allow it to behave as a liquid and as a gas. Thus, when it is dried, the liquid becomes CO2, and then the system gradually removes the pressure and thus CO2 becomes a gas and leaves the system. As a result, the structural connections of the solid particles of the gel do not change and solid matter results, but with microcavities inside.

“This substance can serve as a good insulator. It also has properties of sorbents, so it can potentially be used as a filter in a car’s exhaust pipe, for example. At SCAMT we are trying to research its optical properties and create a certain topography of the material, which we can use to find new properties. For example, we can use it in laser systems as humidity sensors,” commented Daniil.

Working at the lab

The Center for Education and Research of Macromolecules is one of the largest departments at the University of Liège, and has been running at the university for quite some time. Therefore, various organizational aspects of the lab are clearly defined, and the employees work according to established rules and regulations. Also, the Center has well-developed partnerships with industrial partners, and the University of Liege has its own small factory where you can test the functions and properties of experimental substances, which can then be commercialized.

“Personally, I prefer to work at SCAMT. In Liege, the scientists think of their work as just a job, like a series of duties they must perform. At ITMO University, researchers approach their work with heart and soul, they consider it personal. Also, our lab is actively developing, we are just getting started. I plan to continue research at SCAMT, but I still have great scientific contacts at the University of Liege whom I can ask for advice, and maybe we will work together on projects or articles” commented Daniil.

He added that everywhere, be it St. Petersburg or Liege, a lot depends on the scientist’s attitude: some people work more efficiently while others are not ready to devote more time and effort to science than is required of them.

In Liege, Daniil managed to travel on weekends, since the city is close to the borders of Germany and the Netherlands, and there are lengthy Christmas holidays in December.