trillion dollars due to the pandemic. At the beginning of this global challenge, it was suggested that venture capital investments would plummet, but 2020 actually witnessed a record-breaking rise in investments into life sciences – the yearly volume amounted to $20 billion. The pandemic was definitely a stress test for health care and the global pharma industry. Progressive digitalization of medical services was an ongoing process for many years, but it was in the first month of the pandemic that the share of online medical consultations went from 10% to 40% of the total amount. For the first time in history, researchers dared to create a vaccine against a new virus in under a year with over 200 projects launched, including some international collaborations. All of this led to new trends and changes in life science that Anton Gopka, a general partner of the ATEM Capital biotechnology investment foundation and dean of ITMO’s Faculty of Technological Management and Innovations, discussed in a recent open lecture on New Holland Island. 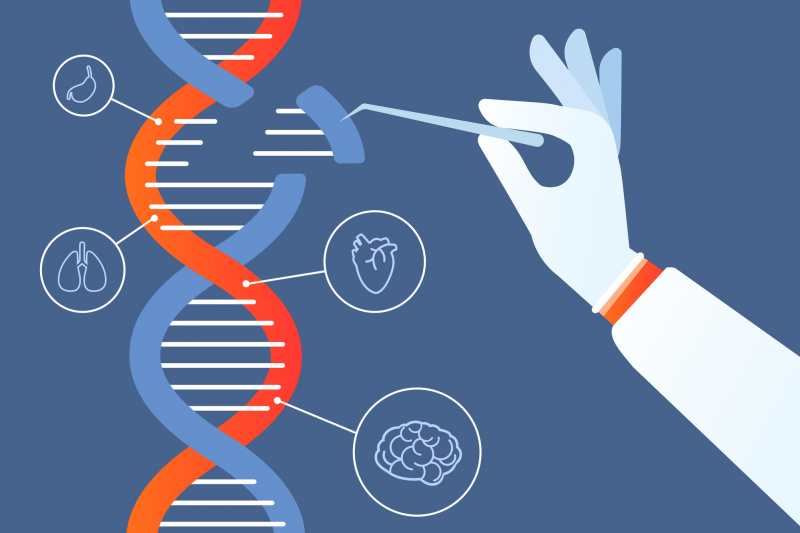 What are life sciences?

Life sciences is a term that encompasses a wide variety of fields beyond just healthcare: first of all, solutions for physical and mental health, well-being and appearance, but also agriculture, food industry, veterinary sciences, and numerous industrial applications of biotechnologies.

The American company Iridia, a recent investee of the ATEM Capital foundation, is an example outside of healthcare. Iridia is developing new DNA-based data storage solutions. It’s quite topical because the amount of data we need to store grows exponentially, while the technologies we use now are exceptionally energy-intense. If we use a DNA molecule for data storage, the information can be packed tens of times tighter and won’t require a constant energy supply. Moreover, DNA molecules can store information for centuries, while the hard drives in use today have to be replaced every five to seven years. This was an illustration of biotechnologies entering the field of semiconductors, but now we will see how IT comes to health care.

Every cell in our body stores our genome in a DNA molecule which contains everything there is to know about our body. How much memory space do we need to store all of this info? We only need one CD – about 700 Mb. But if we count every gene as a separate file, then all 20,000 genes will fit into 10 Mb. Thus, this code, which is lighter than your average PowerPoint presentation, will nevertheless allow us to learn all there is to know about a person, down to the slightest detail – from their height to the shape of their nose. We can digitize this data and analyse it with big data methods. Thanks to that, bioengineering now gives us the chance to synthesize a molecule or biological substance with desired properties, allowing us to understand their mechanisms and success rates. Before, we could only develop new drugs by generating and testing new substances that would then require years of research with slim chances of obtaining a result. The speed brought on by bioengineering is literally saving lives.

Many new trends are blooming in the field of biotechnologies. For instance, genetic immunotherapy makes it possible for the patient’s own immune system to treat terminal stages of cancer. Our bodies have a special kind of cells called T-cells whose task is to kill infected or cancer cells. In 2017, the US approved the first-ever genetic therapy methods commonly referred to as CAR-T (chimeric antigen receptor T-cells). These methods have helped children with blood cancers for whom traditional therapy had turned out to be ineffective and whose life expectancy was counted in weeks. For this therapy to work, the patient’s own T-cells are taken and then genetically reprogrammed to search for cancer cells. They are then put back into the patient’s body where they effectively destroy all cancer cells. This technology has one significant drawback: reprogramming cells is a very long and expensive process, so now researchers are trying to create a pool of universal T-cells that are already programmed to detect cancer cells.

Also currently in development are genetic therapy methods, including those based on the CRISPR technology, that would allow reprogramming the genomes not of single cells, but of a patient’s body as a whole. All of those, however, are still extremely risky: since we can’t, so to say, press Ctrl+Z, the changes can’t be reverted if something goes wrong. That’s why this type of therapy is only applied in cases of rare genetic diseases.

The next group of solutions is connected to the microbiome – a community of bacteria populating our bodies. According to some studies, the microbiome plays a part in the majority of body systems: not only the digestive tract, but also the immune and central nervous systems. Consequently, by affecting microbiomes we can potentially treat such diseases as obesity, diabetes, schizophrenia, depression, and cancer.

Another promising type of therapy is synthetic biology, which involves creating live organisms from scratch. Take, for instance, genetically modified malarial mosquitoes that don’t spread malaria and are gradually replacing their dangerous counterparts. Another illustration is growing human organs in animal bodies, which allows them to not be rejected after transplantation.

Finally, there are electroceuticals which work with biological electric currents. For instance, researchers are working on devices that would not only be able to receive data from the human brain, but also record new data onto it. As a result, we can actually witness a symbiosis of human and artificial intelligence. The most widely known company working in this field is, of course, Neuralink, founded by Elon Musk. Though research is still in its early stages, the researchers can already influence a person’s mood: for instance, by stopping bouts of PTSD with a special headset.

Researchers are not only developing bioengineering platforms but also finding ways to combine biology and digital technologies. AI is actively used in medical decision support systems. For example, it is possible to identify beta amyloid plaques characteristic of early Alzheimer’s disease before clinical symptoms start to manifest by analyzing high-resolution images of the eye cornea. Digital medicine can actually treat people using mobile apps, which are already used to combat substance dependencies. Moreover, video games are proven to be more effective than known drugs in treating certain cases of ADHD in children. In order to be approved, such apps undergo clinical testing aimed to establish their advantages over known treatments. And you won’t be able to simply download such an app – they are normally only accessed by medical prescription.

New technologies are also actively used to battle coronavirus. For instance, the virus’ genome has been sequenced and published within weeks after the start of the pandemic. Technically, the genome only contains 30,000 “letters” – about ten pages of bad news coated with a protein shell. Until 2020, developing a vaccine in a year was believed to be impossible, but researchers were able to overcome this challenge. Over 200 projects were launched all over the world and there are now functional vaccines available that are based on a great variety of technologies.

Vaccines can be sorted into three main types based on their mechanism. The first ones contain the whole virus, the second use its elements, while the third introduce only separate viral genes into the human body, causing it to produce antigens and thus form an immune response. We’ve made a more detailed overview of these types of vaccines here.

Russia became one of the leaders in the vaccine race, as there are now Russian vaccines of all three types, while the country is in the top ten of vaccine suppliers in the world. Sputnik V, the most well-publicized Russian vaccine, has demonstrated impressive efficiency combined with high safety of use.

However, it is impossible to vaccinate the whole world at the same time and that is why we can see the virus actively mutating. There is a possibility that the developed vaccines will not be equally effective against all new variants of the virus. In this case, we will only have one option: to develop a drug that can treat the infection and to do it quickly. Anton Gopka’s ATEM Capital foundation has already invested in Atea Pharmaceuticals, the company currently working on such a treatment that has entered the Nasdaq stock market in late 2020. Between its launch in 2014 and entering the market, the company’s worth multiplied by over 300 times (fully diluted return on early investments was over 30x).

And now to the main question: when will the pandemic end? The most effective solution would be to reach the so-called herd immunity. Some countries will already pass that milestone this summer, and others won’t be there even in late 2021. The pandemic-related restrictions, however, can be lifted earlier – when the excess death rate goes down. And to get there, we need to vaccinate as soon as possible. The approved vaccines not only bring down the disease rate, but, more importantly, lower the risk of severe cases.