On December 21-23, the Harbin Institute of Technology (China) hosted the third Sino-Russian Symposium on Food Technologies and Equipment. ITMO University representatives participated in the event and presented the results of their latest research in the field of nonconventional raw materials and functional foods. 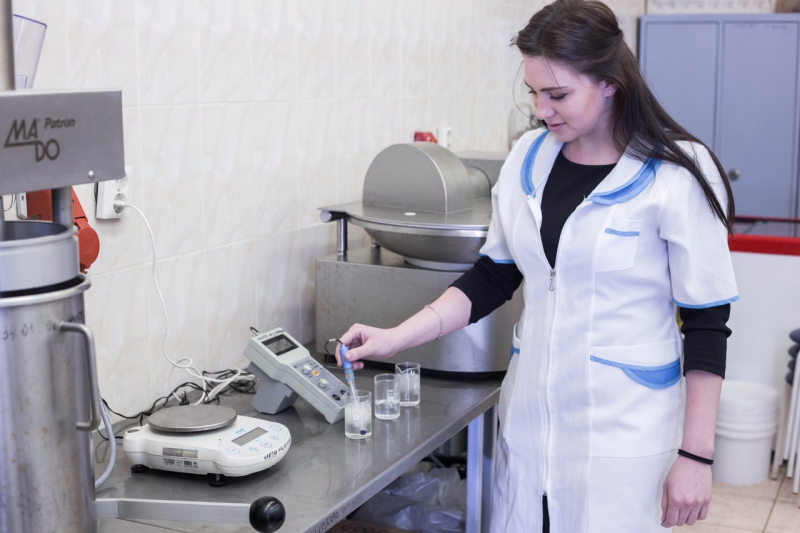 Lyudmila Nadtochiy, an associate professor at the Faculty of Food Biotechnologies and Engineering, talked about a research project conducted at ITMO’s International Research Center “Biotechnologies of the Third Millennium”, aimed at exploring nonconventional raw materials and using them to produce functional foods. Among such ingredients is camel milk, which is produced in bulk in Kazakhstan and can be used as an alternative to cow’s milk. What makes this product especially valuable is that camel milk makes a perfect environment for lactic acid bacteria to multiply. ITMO University PhD student Aian Orazov also studies the properties of camel milk. According to the researcher, the unique microflora of this type of milk allows for creating a lactic acid bacteria concentrate, which can be used in the food and pharmaceutical industries. In the future, the student plans to create a symbiotic culture which combines lactic acid bacteria and yeast.

Chia seeds are another miracle food discussed at the Symposium. These seeds are valued for the ample amount of essential omega-3 fatty acids. Daria Kuznetsova, a PhD student at ITMO University, is currently working on a project aimed at finding the most efficient extraction method for chia oil. ITMO University scientists have proven that chia leaves also contain a lot of biologically active substances, and even created a plant culturing unit, which will allow them to grow chia sprouts. Apart from that, ITMO University is involved in active collaboration with the Omsk State Agrarian University on growing chia seeds in the Russian climate.

Among other products that have drawn the attention of the University’s Chinese colleagues was a fir tree essence, created by scientists from the International Research Center “Biotechnologies of the Third Millennium”. The essence is claimed to have a protective effect against cancer and other diseases. Combined with another nonconventional plant product called meadowsweet,  the essence can be used to create special foods with cancer-preventing properties (to learn more about meadowsweet, read our article). Also presented at the Symposium was the research coordinated by Prof. Elena Kuprina, which focuses on the extraction of valuable biologically active compounds, such as omega-3 fatty acids and vitamin D3, from the seafood raw materials with the use of electrochemical processing technologies.

Among the most unconventional products for the Russian market is probably using fly larvae for cat food production. The idea is being developed by ITMO University Bachelor’s student Roman Melchakov. As part of his research project, he has compared this ingredient’s properties with ones of fish and bone tankage.

“Our task is not only to find biologically active compounds, but also make food affordable. By this, we mean that its components shouldn’t be expensive, and the taste should be recognizable. For example, a yogurt shouldn’t taste like fish, but like a normal yogurt. We also want to find a way to make products stay fresh for a long time,” comments Lyudmila Nadtochiy.

Vera Ivanova, an assistant at the Faculty of Food Biotechnologies and Engineering, talked about the key approaches that are used to make food safer and last longer. More specifically, she mentioned the use of essential oils, spices and plant extracts, known for their antibacterial properties. However, such products don’t have a broad spectrum of action and thus should be selected for each individual case.

ITMO University PhD student Georgiy Riabinin proposes a different approach to making food last longer: using antibacterial peptides and lactic acid bacteria. Georgiy Riabinin is currently working on a research project on the properties of Lactobacillus Plantarum peptides, which, in his view, can improve the microflora of food products.

Another research presented at the Symposium is dedicated to the use of the UV and microwave radiation for dry plant materials processing. Alexander Borisov, a PhD student from ITMO University, conducts research in this field. He develops various microwave modes for dry plant materials processing and studies how they affect the physical, chemical, organoleptic and microbial properties of these foods.

“Apart from finding a way to make food last longer, we’re also exploring the ways to make products safer. Among the research we presented at the Symposium is the one on kudzu flower extract, which is believed to reduce the toxicity of alcohol,” says Vera Ivanova.

A Master’s student from the Faculty of Food Biotechnologies and Engineering, Mariam Muradova shared about the creation of functional yogurt with plant raw materials filling. At the first stage of the research project, ITMO University scientists studied the properties of various kinds of milk and ferments offered by various producers, after which they tested various plant products that could make a good filling.

ITMO University and the Harbin Institute of Technology are research and educational partners. During the Symposium, the representatives of both universities had a meeting during which they discussed prospects for further collaboration in the field of education, student and academic exchange in particular, as well as the establishment of a joint educational program in the field of food technologies.