Genetic Testing: What Human Genome Tells Us About Ourselves

It has been 15 years since the conclusion of the Human Genome Project, one of the 20th century’s major research projects. One of its consequences was the public availability of genomics methods. Today, anyone can take a genetic test to learn about their ancestry. We spoke to bioinformatics experts from ITMO University’s Computer Technologies Laboratory to learn how genetic testing works, its scientific significance, which methods are trustworthy, and which ones aren’t. 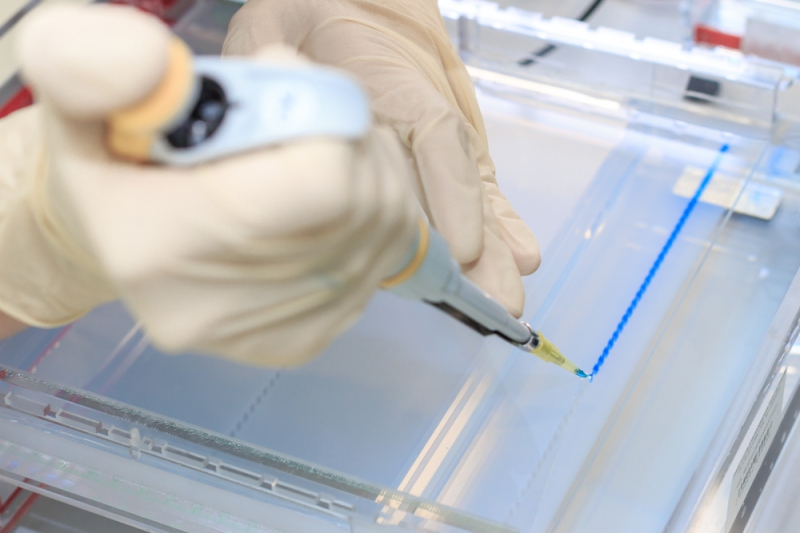 Information about the biochemical reactions within cells is passed down from generation to generation, stored within DNA molecules. The important data is found within the “steps” of the “twisted ladder”, each consisting of two molecules of nucleotide bases, which are adenine, cytosine, guanine, and thymine, usually shortened to the letters A, C, G, and T. Written down, the data from a DNA chain looks like a sequence made up of the four letters. This sequence determines the chemical reactions within a cell.

Therefore, identifying the sequence within a DNA molecule allows scientists to understand how chemical reactions occur, what traits living organisms pass down to their offspring, and how certain diseases emerge and evolve. That was the goal of the Human Genome Project, which aimed to map the entirety of the human genome. In 2001, the first working draft was published, followed up by two articles in 2003.

“People expected the Human Genome Project to end with scientists decoding the genome and learning precisely how chemical reactions occur within cells. But it’s not that simple. The project was only a jump-off point that served to provide us with the means to learn about the inner workings of DNA. For example, it made it easier and cheaper to analyze other genomes; when you analyze a particular person’s genome you don’t do it from scratch, but cross-reference it with the project’s genome,” explains Alexey Sergushichev, a research associate at ITMO University’s international laboratory “Computer Technologies”.

It should be noted that various methods of DNA analysis have existed since the 1980s. One of these methods is Sanger sequencing, first developed in 1977 by Frederick Sanger, which won its author the 1980 Nobel Prize in Chemistry. The earlier methods allowed scientists to pinpoint the genes responsible for the so-called Mendelian diseases, which are caused by the malfunction of a single gene. Most diseases, however, are much more complex and require a different approach.

Development of the DNA microarray technology, colloquially known as DNA biochips, began parallel to the Human Genome Project. These devices, intended for the simultaneous measurement of a large number of DNA sequences, consist of a polished silicon surface affixed with special DNA probes. The probes are small, artificially synthesized DNA spots designed to highlight a specific mutation. Different chips may contain up to several millions of probes, and make it possible to test individual humans for the presence of specific mutations in their DNA.

One of the most direct methods of genetic testing, notes Alexey Sergushichev, is genome-wide association study (GWAS). It is used to search for single-nucleotide polymorphisms (SNPs) and the related phenotypic traits. Today, the method is often used to identify the genetic factors that determine the risk rates of certain diseases; but solid conclusions can only be made when analyzing a large number of test subjects.

“The method’s core principle is that you get a large number of people diagnosed with a particular disease, and a number of healthy subjects, compare them, and check if, for instance, a certain mutation appears more often among the diseased than among the healthy”, explains Dr. Sergushichev “But the issue with this method is that it doesn’t tell us anything about causality and what is the disease’s actual cause; it just shows that there is something in a given area that affects the illness”.

As he also adds, the method only works with commonplace mutations. If a mutation is frequent among the population, it’s more likely to be found in both groups, with the difference in prevalence being used to look for patterns. On the other hand, since the mutations are so common, the impact of every single one is not particularly notable.

Reports from genetic testing companies will often report someone to have a certain mutation that increases their risk rate for a certain disease by, say, 50%. It might seem like a lot, but it might actually mean an increase from, for instance, 1% to 1.5%. We also need to take into account other factors such as lifestyle, environment, and so on, which may have a bigger impact than genetics.

There are, however, certain genes and mutations that have a proven effect. One well-known example is the BRCA1 gene, dubbed the “Jolie gene” by mass media after the actress Angelina Jolie had undergone a preventive mastectomy after learning she had inherited a defective BRCA1 gene. What’s special about these mutations is their high penetrance and autosomal dominant mode of inheritance. High penetrance means that they have a high likelihood of developing into a disease, while the latter means that the mutation only needs to be present in just one of two copies of a gene (i.e. inherited from one parent).

Research groups around the world are busy looking for rare mutations. One such group works at ITMO University’s international laboratory “Computer Technologies”, working alongside staff from the Almazov Medical Research Center to sequence exomes for patients suffering from hereditary heart disease.

A number of other projects study the emergence of cancer, as well as various methods of therapy. As part of a research team, Dr. Sergushichev was tasked with studying the metabolic aspects of oncological disease, and, at one point, using lung cancer as a subject, observed the way a tumor can survive without glucose. The researchers learned that, due to a mutation in one of the genes, cancer cells are able to obtain nutrition from not only glucose but also other substances such as glutamine. Blocking the gene would have allowed them to cease the development of the tumor.

Another common area of oncological research is immunotherapy. Last year, the Nobel Prize in Medicine went to James P. Allison and Tasuku Honjo, who had discovered two different checkpoints, which are the mechanisms that the organism uses to suppress T-lymphocytes. If these mechanisms are disabled, the killer cells are unleashed to fight cancer cells.

The research conducted by ITMO scientists in collaboration with their colleagues from the Washington University in St. Louis is also focused on the development of ways to direct the immune system to attack tumors using personalized anti-cancer vaccines.

In the past decade, genetic analysis has become much more accessible to consumers. The volume of the global genomics research market has surpassed a dozen billion US dollars. One of the most popular services in recent years has been genealogical genetic testing. A person’s ethnic make-up is analyzed by sifting their genome for the presence of genetic markers specific to one of the four historical population groups.

Ethnic genetics, however, have no relation to nationality and modern political borders; this kind of testing allows us to look back to 150-50 thousand years ago. The results of such tests resemble a world map with all political borders erased, where the different areas denote the global distribution of various ethnic groups.

Companies today also offer testing for various diseases. As Alexey Sergushichev explains, a number of them test for specific illnesses that have an associated mutation (such as the BRCA 1 mutation mentioned above); some companies also use DNA chips. He adds that, in most cases, the results of genetic testing should be taken with a grain of salt, as it is more advisable to consider family history and other factors.

“Everyone has found a different way to sell genetic tests to customers. Some will even offer to tell you if your child has the potential to become an athlete, for example. This is, of course, looked down upon by the scientific community, because the genetic effect is minimal in such cases; the environment plays a much bigger role here. You should also be quite careful about the articles chosen to support the validity of a test. Not all of them are genuinely trustworthy,” he explains, noting that the most reliable testing companies are those that deal with mutations that have been directly linked to certain outcomes, and those that take into account their customers’ family history and other factors.

Studies like this aren’t good only for learning about our personal history, but also for scientific endeavors. In recent years, numerous research projects have examined the effects of genetic polymorphism on the effectiveness of medical products. Some reports claim that, indeed, certain drugs are processed differently depending on the patients’ genetic makeup.

In 2008, an international research consortium had announced the 1,000 Genomes project, which involved an attempt to fully sequence (decode) the genomes of at least 1,000 people from all around the world in order to create a detailed and medically viable map of the genetic variability of the human genome. Using the results of genetic tests carried out by independent interdisciplinary research teams, the project’s authors hoped to create a human genome map that would reveal the DNA variations deemed important from the medical point of view.

Two years later, the results of the project’s first stage were published. The findings described the profiles of rare and common genetic variations found in 1,092 members of 14 ethnic groups from Europe, Africa, East Asia, North and South America. The research also showed that geography plays a role in the distribution of rare genetic variations.

A similar project, Russian Genomes, is being carried out in Russia. Its goal is to create an open database of anonymous full genome sequences of at least 3,000 men and women from the different regions of Russia whose ancestors are natives of the region going back several generations. It will also include an analysis of these ethnic groups’ genetic variations and traits, as well as the creation of a list of genome variations associated with medical conditions and typical for the population of Russia.

One of the researchers who got to work with the Russian Genomes project’s data is Ekaterina Noskova, a researcher at the international laboratory “Computer Technologies”, whose task was to study the demographic history of citizens of Pskov, Novgorod, and Yakutia.

“Demographic history is the history of the development of several populations, and it includes information such as how many years ago these populations were one, how many years ago they split, how numerous they were and how those numbers changed throughout the years. A popular model called ‘Exodus from Africa’ involves the African and Euro-Asian populations, and the goal is to find out how these populations had eventually split from each other. We use various methods to learn about histories such as these,” she says.

As Alexey Sergushichev explains, population studies in many countries are partially funded by major pharmaceutical companies; in Russia, where such projects are funded by the state, this model has not yet gained a hold. This is in large part due to personal data protection regulations. Coincidentally, the Russian Federal Service for the Oversight of Consumer Protection and Welfare has recently put forth a draft of a law aimed to protect the biological and genetic data of Russian citizens. The corresponding documents have been published on the federal webpage for laws and regulations.