Regions of the Far North make up more than half of Russia’s total area. A large part of these territories is found in the Arctic zone, where environmental conditions present a serious challenge to the inhabitants. The issue of nutrition is a major one in these areas, especially for people involved in demanding physical work. A group of graduate and postgraduate students from ITMO University are developing a solution to the issue in the form of a balanced ready-to-eat meals for consumption in cold weather conditions. The project has recently been showcased during the 11th Eurasian Science Forum “25 Years of Eurasian Integration: Origins, Realities, Potential”. 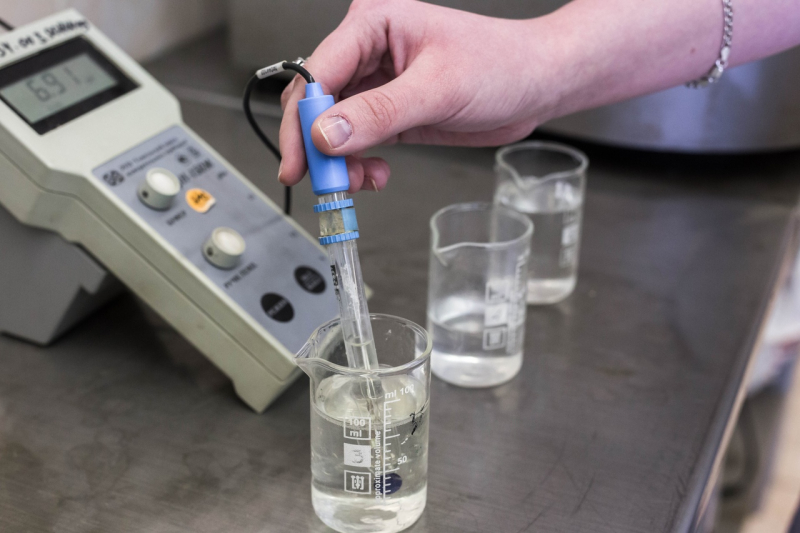 Faculty of Food Biotechnologies and Engineering

The 11th Eurasian Science Forum “25 Years of Eurasian Integration: Origins, Realities, Potential” took place in St. Petersburg on December 18-20 and featured over a dozen scientific and cultural events. Among its participants were the staff of ITMO University. Liudmila Nadtochii, an associate professor at the Faculty of Food Biotechnologies and Engineering, took part in the roundtable discussion “Issues of Food Security of Greater Eurasian States and Their Solution” and presented a project that aims to develop functional foods designed for the conditions of life in the Far North.

“We’ve assessed the quality of food supply in four regions of the Polar zone. One area of focus in particular was food security in terms of quantitative provision of the major food types: meat, dairy, and egg products,” explains Professor Nadtochii. “There is a lot of interest in this region today, and its development is part of the Belt and Road Initiative. We’ve found that these regions are insufficiently self-reliant in regard to the supply of those products. And when we speak about the development of these areas, we must keep in mind that, in addition to their permanent residents, they are also home to various groups of citizens such as military personnel, fly-in fly-out specialists, tourists, etc. We must take into account their needs, preferences, and nutritional habits as well if we want to provide all citizens in the region with balanced nutrition that’s adapted to the extreme living conditions of the Far North.”

Nutrition in the Far North must be lipoprotein-based in nature; in other words, it must be more reliant on protein and fat than carbohydrates, says Liudmila Nadtochii. Today, researchers at ITMO University are working on a project that aims to develop a daily ration suitable for extreme climate conditions.

As per the creators’ intent, the meals would contain a spectrum of products required to fulfill an individual’s daily macronutrient needs. Macronutrients are the materials that a human body requires in large doses – essentially, proteins, carbohydrates, and fats, the basic components that provide the body with energy and construction materials.

“Another goal we’ve set is to fulfill the body’s needs for micronutrients. Regular rations that can be seen as counterparts to our idea usually contain micronutrient additives in pill form, but we’d like to incorporate various mineral substances and vitamins directly into the food products. In other words, each item would include a dose of vital micronutrients at a share of no more than 15% of the daily requirements. This would allow us to classify our products as functional food items,” explains Liudmila Nadtochii.

The project was launched a year ago, and now includes a ten-person team of postgraduate and graduate students of ITMO University. As its head, PhD student Artem Lepeshkin, points out, unlike ready-to-eat rations available in stores, the product developed as part of the project will be of much higher nutritional value, as it is designed to be used in extreme weather conditions and to fulfill the daily nutritional needs of individuals involved in intense physical work.

It will differ from the existing Russian military rations as well. For instance, the high caloric value of such rations is often boosted with the use of high-calorie products such as pork fat, explains Artem Lepeshkin. But these products expire too quickly and also contain excessive amounts of salt and sugar. The researchers plan to take these factors into account and come up with completely new recipes for their products.

In fact, the project initially began with military rations in mind, but its creators eventually noted a larger demand for such products among athletes. They’ve already been contacted by yachting enthusiasts, who expressed interest in testing the product in conditions similar to those of the Far North. But, says Artem Lepeshkin, the project’s target audience is potentially much larger than it was expected when it launched.

“Right now we’re primarily focused on athletes and tourists. Yachting enthusiasts were the first to express interest, back when we started, and they’ll take part in the testing of our products. But in the future it will probably be useful for mining specialists who have to live in severe conditions for long periods of time. Even the students of the St. Petersburg Mining University go on such trips. They have a field kitchen, of course, but they’re practically cut off from civilization in every other respect. Rations like ours can make their life much easier,” he explains.

Plans for the project

Over the course of one year’s work on the project, its staff have conducted chemical analysis of all ingredients included in the rations, developed methodologies for estimating the expiry dates, performed a patent search, and began designing the packaging.

The project is expected to continue until late 2020; early in the year, the researchers plan to start the development of the actual food products, followed by lab and field testing.

A list of the products has already been drawn up: the rations will include meat, fish, bread, and vegetables, but the actual form these products will take is yet to be decided on. Countries that produce rations have their own different traditional methods: for instance, manufacturers in the USA, China, and Canada dehydrate their ration packs and place them within vacuum-sealed bags.

Freeze-drying can help preserve food for lengthy periods of time, but it is an expensive method. In Russia, rations are usually made up of canned goods, which are fairly cheap and can also be stored for quite some time. The specialists from ITMO University plan to use the best qualities of both methods and utilize canned and freeze-dried foods alike. As Artem Lepeshkin also points out, their goal is to create a product that can be consumed immediately after opening.

Another key difference is that the rations will not come with single-use plastic utensils.

“The plastic utensils supplied with many ration packs tend to be of very low quality. One of our colleagues who graduated from ITMO University’s Military Department and has been on month-long training trips knows from experience that eating with the cutlery that comes with rations is extremely uncomfortable and that these items literally fall apart in one’s hands. Instead, we plan to use reusable utensils,” says the project’s head.

According to Liudmila Nadtochii, the participants of the forum have also expressed interest in the project developed by ITMO University specialists. In February, guests of the ITMO Open Science conference will also be able to learn more about this project.

The staff of the Faculty of Food Biotechnologies and Engineering have also gotten to meet the forum’s organizing staff and discuss a number of joint events that are planned for 2020 and aim to promote the subject of Russian-Chinese partnership.