The first light-operated data transmission network in Russia was launched by ITMO University’s Department of Light Technologies and Optoelectronics. The new format, known as Li-Fi, may become an effective alternative to Wi-Fi. It uses optical signals instead of radio waves, and, in fact, transmits data hundreds of times faster than traditional wireless networking. A speed of 50 Mbps was reached in the ITMO University laboratory, which is comparable, and even superior, to a regular Wi-Fi connection. Li-Fi communication channels are considered to provide better security. They may also be used in Wi-Fi “dead-zones”: operating rooms, airplanes, and in other conditions requiring minimization of radio interference. 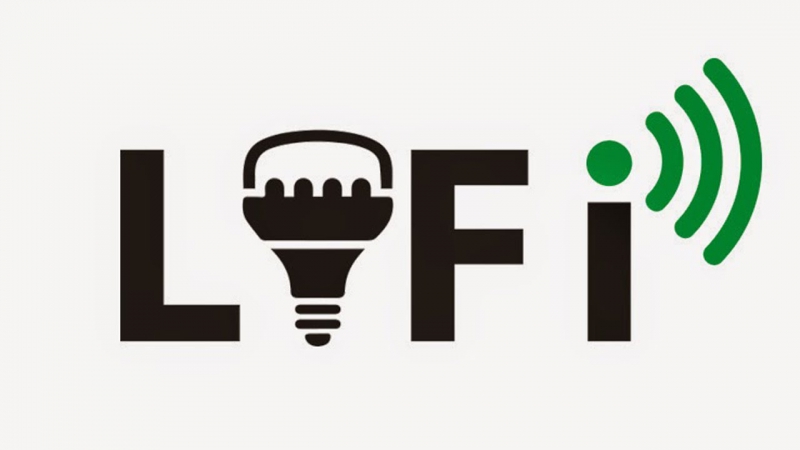 Li-Fi stands for Light Fidelity (just like Wi-Fi stands for Wireless Fidelity). Rather than using radio waves in a wireless network, the Li-Fi technology involves transmission of data using light (aka the visible part of the electromagnetic spectrum). The system functions in the following way: a regular light-emitting diode acts as the signal source. It flashes at a high frequency and radiates light impulses. A photodetector receives the impulses and decodes them into an electrical signal. The signal is further deciphered and digital data is extracted. Altogether the light-emitting diode and the photodetector resemble a transmitter: light on is binary 1, light off is binary 0. This mode of data transmission cannot be detected by the human eye: the frequency with which the diodes flash is extremely high.

The main advantage of this technology is, clearly, its speed. Laboratory testing suggests that a rate of 220 Gbps could potentially be reached - which is faster than today’s wireless connections by four thousand times. Such speed would let the user download 18 films, each of 1.5 Gb size, within a second. The estimation, however, is solely theoretical. As for practice, implementing the technology in 2015, “Velmenni”, an Estonian company, managed to reach a transmission speed of 1 Gbps, which is still faster than Wi-Fi connection by 10-20 times (network settings must also be taken into account).

The reason for such incredible results is in that Li-Fi uses visible electromagnetic waves (i.e. light). Light frequencies are approximately 100 000 times higher than the frequency of a Wi-Fi signal, hence the possibility to achieve higher data transmission rates.

Harald Haas, professor at the University of Edinburgh, was the first one to introduce Li-Fi on a TED-conference in 2011. There the scientist demonstrated the technology’s working principles and outlined its pros and cons. Li-Fi  is beneficial not only in terms of speed, but also in terms of electricity savings: it eliminates the need for switchgears, routers and other devices needed to power Wi-Fi - the signal is produced by regular light-bulbs. Moreover, since the source is light, the new technology may be used on airplanes, in hospitals and in other Wi-Fi “dead zones”. Professor Haas also pointed out the evident drawback of the technology: once in the dark, Internet will not be available. Another problem is in somehow maintaining the signal while moving from one room to another. Harald Haas is one of the co-founders of “pureLIFI” - a company that already owns a device able to provide such a connection.

The first Li-Fi in Russia

The first Li-Fi network was launched at ITMO University in June. The experiment was conducted in a laboratory. The process involved assembling two modem modules able to both receive and send signals. The first one also included a module with 64 white light-emitting diodes (those used in regular office lamps). The diodes provided transmission of the signal to the second module’s photodetector. Modules were linked to two laptops and located within each other’s line of sight. The laptops had network folders storing high-quality videos. As a result, the two modems were able to connect - making it possible to use the first laptop to watch videos from the network folder of the second one. For a three-meter distance separating the modules, the transmission rate was 50 Mbps.

“The rate obtained exceeds that of the standard Wi-Fi technology. This experiment is just the beginning of our work as the transmission rate is also limited by the electronics of the modem. Even though we used standard modem motherboards for this setup, we still obtained a sustainable connection,” – comments Yury Scheglov, Head of the Laboratory of the Department of Light-Emitting Diode Technologies.

Infrared diodes emitting narrow beams were used in the module intentionally. The fact that the module must also send the signal back to the transmitting module means that the device must emit light. Choosing visible light for that purpose would create an inconvenience for the user: he/she will not be able to look at the device. Infrared light is invisible for the human eye, and, once narrowed, will not shine on the user directly.

The research group conducted control testing of the Li-Fi system in both a dark room and in regular conditions. Sergey Scheglov states that not even sunlight, coming from the windows, is able to disturb signal transmission. Emitted by the transmitter, light radiates in all directions and is mirrored by walls and other surfaces. This creates a kind of “illumination” of the optical signal carrying information - which is enough to maintain efficient data transmission inside a room. Once used in the future, Li-Fi connection will be sustained by the entire lighting system rather than just one bulb or lamp. This way, when moving from one light-source to another, the user will not experience any connection problems.

Connection security within a room is another advantage of Li-Fi: to intercept the signal a hacker would need to be inside the room. Networks can be set up on very limited spaces - with walls serving as anti-hacking protection.

“We certainly cannot guarantee safe server-to-router data delivery. And when we speak of data protection we speak particularly about the link between the modem and the access point. And with the new technology, that particular aspect of security has a very high priority. How does car theft usually work: the driver comes up to his car, presses the button on his keys - the radio signal turns off the alarm system; meanwhile, the thief is standing somewhere nearby and recording the signal. An optical signal cannot be intercepted that easily,” – Sergey Scheglov says.

Creating Li-Fi connections at ITMO University is part of the project ordered by the Ministry of Industry and Trade. The project is implemented in collaboration with JSC “Svyaz engineering”, LTD “Svetovye Sistemy”, and JSC “Avangard”. The work is carried out within the “Development of the Electronics and Radio Electronics Industry, 2013 - 2015” state program. The laboratory experiment is one of the project’s stages. Developers plan to enhance the technology by increasing the transmission rate, and, further on, introducing it to the industry and fostering its usage.

Li-Fi may be used in a wide range of conditions. Firstly, on manufacturing sites with electromagnetic interference, such as metal workshops. Secondly, in places packed with a large number of users: in shopping malls, at conferences, etc. In these cases, each bulb can become an Internet access point. Li-Fi may also become popular among state and commercial units due to its high level of security. Interestingly, the technology is able to provide a sustainable connection between separate cars - by using their diode headlights.