A research team from ITMO University and the Australian National University has discovered that different metasurfaces exhibit the same behavior provided a symmetry breaking is introduced to their unit cells (“meta-atoms”). Asymmetry of meta-atoms results in high-quality (high Q) resonances in the transmittance spectra of metasurfaces. Such resonances are capable of multiple amplification of external signals. By manipulating the asymmetry, scientists were able to control the resonances and thus a metasurface’s optical response, which is highly desirable for practical applications. The results of this research were published in Physical Review Letters. 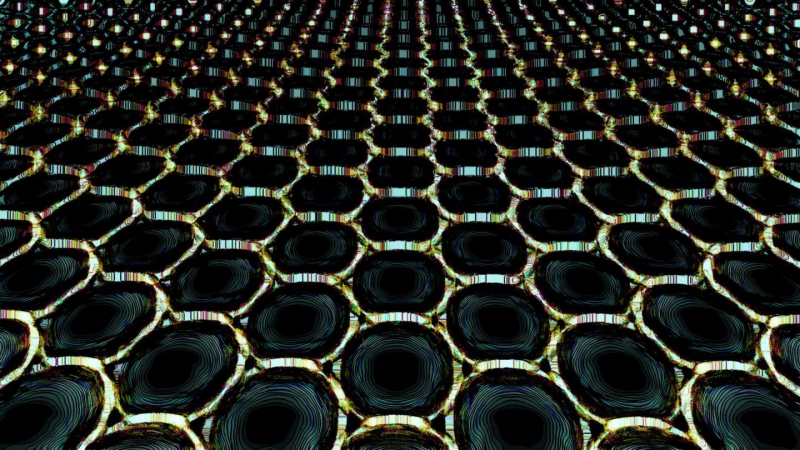 Quality factor (the so-called Q factor) is one of the most important characteristics of a resonant system that determines the effectiveness of light-matter interaction and amplification of external signals. It shows how well the structure can trap light. When the sample is reduced in size, especially in thickness, its quality factor is also reduced significantly, making it unsuitable for practical applications.

In their new research, a team of physicists from ITMO University and the Australian National University, led by Prof. Yuri Kivshar, has revealed a new physics of high-Q resonances. Scientists found that the high-Q sharp resonances are mainly determined by asymmetry of meta-atoms, and they almost do not depend on the thickness of metasurfaces and the type of materials demonstrating a universal behavior for all types of such metasurfaces. Therefore, metasurfaces with broken symmetry can be used to create thin (less than the length of light) and highly efficient sensors, lasers, and nonlinear radiation sources.

More importantly, the researchers proved that high-Q resonances in asymmetric metasurfaces are governed by bound states in the continuum. The latter are nonradiative states that appear when several resonances in a system interact in the regime of destructive interference suppressing the radiative losses.

“The most important result of our work is that we were able to aggregate and summarize the results of a large number of works from various fields of photonics and radiophysics, all of which only have two things in common: the structure, which is an asymmetric metasurface, and the nature of observed phenomena, that of sharp and narrow resonances in spectral response. In older works, this was explained through the use of new terms. We, however, showed that all physical phenomena can be described via bound states in the continuum, a universal interferential phenomenon known to quantum physicists since the early 20th century,” notes Kirill Koshelev, a staff member of the International Research Center for Nanophotonics and Metamaterials.

According to the researchers, a deeper understanding of optics of bound states in the continuum can help simplify the process of creating materials with specific optical response. In future research, the scientists plan to use the results they acquired to analyze nonlinear optical effects in similar metasurfaces.