Scientists from ITMO University’s Faculty of Physics have predicted a unique type of bound states in the continuum – one that is completely resistant to changes in the system parameters. This would allow researchers to control the resonance properties of metasurfaces and, eventually, to develop more efficient optical and optoelectronic devices of the next generation. The corresponding paper received special recognition from the editors of Physical Review B (Letter) and was published in the section Editor’s Suggestion. 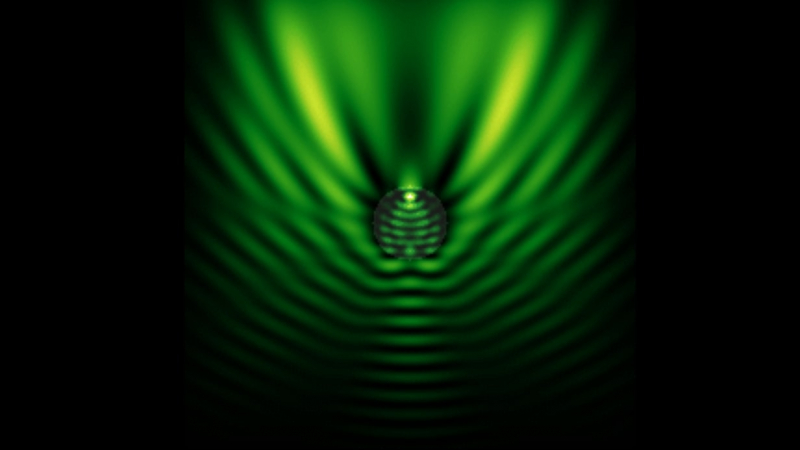 Resonators are some of the most widespread and important elements of practically any type of optical or optoelectronic devices. Their basic principle is based on resonance – in the same way that musical instruments amplify soundwaves, so do optical resonators amplify light. But to create optical devices, researchers must first create resonators that can be produced using a planar process – in this way they can be made a component of, for instance, an integrated optical microchip.

In recent years, the most promising candidacy for the role of planar resonators has been that of dielectric metasurfaces – a two-dimensional analog of metamaterials. Metasurfaces are periodic arrays of very small resonators (meta-atoms) and can sustain a special type of optical resonance: bound states in the continuum (BIC), a term that refers to cases in which radiation is constrained entirely within a metasurface.

This cutting-edge field is being actively studied and developed by Andrey Bogdanov’s research group at ITMO’s Faculty of Physics.

Bound states in the continuum are highly sensitive to changes in a metasurface’s properties. That is why it’s extremely difficult to create metasurfaces, the resonance properties of which would be exhibited at the right frequencies and angles of impact. This is also a serious impediment to the practical application of BICs.

“In our paper, we’ve proposed a theoretical model to describe bound states in the continuum in multipole lattices – periodic arrays of resonant multipoles. Multipole lattices are useful in describing dielectric and plasmonic metasurfaces since such systems possess a strong optical response related to Mie scattering. In the vicinity of such resonances, only a single multipole is usually dominant, which allows us to significantly simplify the description of a complex system,” explains Sergei Gladyshev, a PhD student at the Faculty of Physics.

So, what is so special about BICs in such a model? Usually, bound states are highly sensitive to any changes in the system – for instance, changing the lattice spacing would also change the angle at which BICs can be observed. The bound states predicted by researchers from ITMO are completely resistant to such changes, meaning they would always be manifest at the same angle. This is remotely similar to how polarized light won’t reflect off of water or glass at a certain angle (Brewster's angle). In that moment, each individual meta-atom simply cannot emit radiation in a certain direction – therefore, the entire metasurface cannot do so as well. This is what the researchers have managed to demonstrate in their paper in addition to describing the topological nature of BICs.

“If we’re talking about a realistic system, every meta-atom in it behaves as a complex superposition of multipoles. But if the contribution of just one multipole is dominating the radiation, for whatever reason, then others can be disregarded without much impact on the accuracy,” explains Artem Shalev, a Master’s student at the Faculty of Physics and a co-author of the paper.

The scientists have succeeded in developing a model of a multipole lattice in which all BICs are preserved even with a random geometry and, accordingly, if it is changed or deformed. But this only applies if the system is of the sub-wave kind, meaning its spacing is less than the length of the light which is radiated upon it.

Creating a metasurface is a complicated process of trial-and-error that involves endless variations of configurations and geometry. That’s why physicists use computer modeling and analytical computations based on simplified models. Such an approach is what allows them to quickly evaluate and predict the position of BICs in metasurfaces.

“One of the approaches to designing metasurfaces is the reverse solution method. When we already know what kind of field or response we want to induce in a system, we can use that to pick the parameters and configuration. For instance, if we want to achieve a certain spectrum of response, like a reflection or a pass-through, we need to understand what kind of response each individual meta-atom should have – in other words, what the multipole structure of its radiation should be like. Our software allows us to do that very quickly and accurately,” adds Artem Shalev.

Right now, the researchers’ modeling software is optimized to deliver optimal parameters of multipole lattices based on the desired electromagnetic field. The next step will be to understand which materials and shapes the individual meta-atoms must be made of to produce the right multipole response. But in order to do that, the scientists will need to enhance their existing tools with machine learning algorithms – and that’s what their current plans are.

“Our ultimate goal – an automated way of creating new configurations for metasurfaces – is quite ambitious, but very much doable. We’re already making our first steps towards it. But for now, our task was to find out what would happen to BICs in such a system – and to make sure that they would act in a slightly different way than in a real structure. We’ve acquired quite great results that will help understand the physics of bound states in the continuum and how they work,” comments Artem Shalev.

The study was carried out with support from the Russian Science Foundation and the federal program Priority 2030.