Nature Photonics publishes reviews of the discoveries that haven’t been written about by the Nature Publishing Group, but, according to the editors, deserve to be highlighted. Recently, an article written by the staff of ITMO University’s Laboratory of Femtosecond Optics and Femtotechnologies was featured on the list. ITMO.NEWS talked to the head of the laboratory, Anton Tsypkin, about how the discovery was made and what opportunities Nature’s acknowledgment brings. 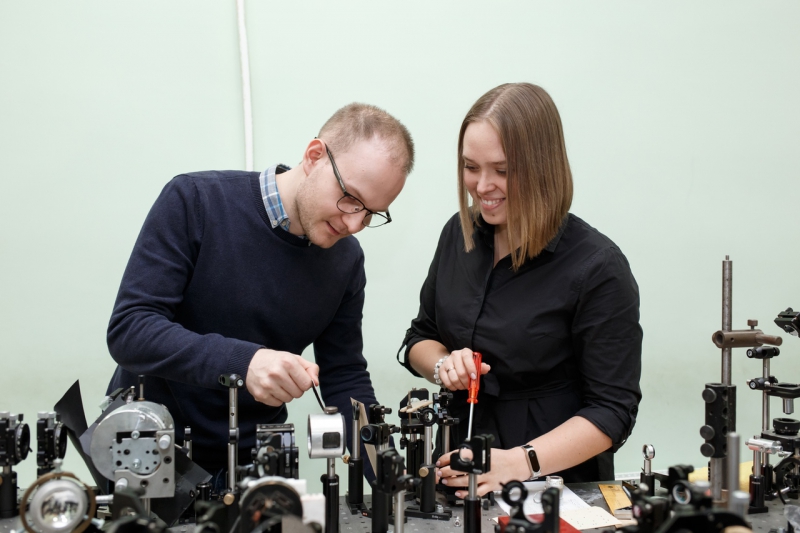 Laboratory of Femtosecond Optics and Femtotechnologies

A few months ago, a group of ITMO University researchers made an important scientific discovery: they managed, for the first time in history, to directly measure the nonlinear refractive index of matter in the terahertz range. Published in Optics Express, their article has become so popular that it was even reviewed by Nature Photonics, a journal in the Nature Publishing Group, publisher of the prestigious Nature and other high-profile journals.

“Each issue of Nature Photonics includes three to six highlights of the discoveries published in other research journals but not included in Nature,” begins Anton Tsypkin. “Our article was reviewed by the chief editor of Nature Communication. We were really taken aback when we found out.”

Nonlinearity in the terahertz range

For the first time in history, scientists from ITMO University have managed to directly measure the nonlinear refractive index of matter in the terahertz range. What is also important is that this discovery made by St. Petersburg researchers can greatly affect the future of terahertz radiation.

“The terahertz range is a part of the electromagnetic spectrum between radio and infrared waves with the properties of both. This is what makes it so valuable, as it can have various applications. Terahertz radiation can penetrate wood, textiles, human skin tissue, brick, and other materials. Nonlinear effects are widely used in the infrared range. To put it shortly, it gives researchers an opportunity to “control light through light”. But you cannot control terahertz radiation without understanding its nonlinear properties,” shares Anton Tsypkin.

Anton and his colleagues had long been studying the nonlinear properties in the terahertz range, but it was not long ago that they found the right material. And what is interesting is that this discovery was made by chance in the course of an experiment.

“I was talking to my PhD student when an idea popped into my head. I told him “I have an idea. Let’s go and see if it works”. We exposed a flat stream of water to the radiation and obtained experimental data, which we then used to calculate the nonlinear refractive index. It turns out that water, the most abundant material on the planet, is really good at absorbing THz radiation. We couldn’t believe it could be so simple,” continues the head of the laboratory.

The editors of Nature Photonics were not the only ones to notice the discovery. The authors of the article started receiving invitations to various conferences to present the results of their research. In total, they plan to take part in ten conferences all over the world – from the USA to China – by the end of the year.

“As for our plans for the future, my colleagues and I plan to participate in research conferences in Moscow and China. We’ve already been invited to major international conferences held in Nizhny Novgorod, Hawaii, and the Czech Republic. I think that what we do is beneficial for ITMO University in general, as everyone reads Nature Photonics,” adds Tsypkin.

The researchers are currently attempting to further develop their theory and conducting new experiments.

“We are now working with other fluids, trying to confirm our new theoretical approach based on the experiment with water,” explains Maria Zhukova, a researcher at ITMO’s Laboratory of Femtosecond Optics and Femtotechnologies.

According to the laboratory staff, this is just the beginning. “This is a whole new area of science, and we’re going to continue our research in this area,” shares Tsypkin. He says that he and his colleagues now want to publish a full-fledged article in Nature Photonics itself. To achieve this goal, they’re now working in close collaboration with Robert Boyd, one of the world’s leading scientists in the field of terahertz radiation. It will take at least six months to bring this idea to life.