ITMO Laboratory Head Irina Livshitz on a Secret Advantage of Russian Optics, VR and Differences Between Russian and International Students

Before the start of a new academic year, head of ITMO University’s Research Laboratory for Computer-Aided Design of Optical-Information and Energy Saving Systems Irina Livshitz gave ten classes as part of the summer school at the University of Eastern Finland, an ITMO University partner. She spoke about the development of augmented and virtual reality systems. ITMO.NEWS met Prof. Livshitz to learn about where to start with optical systems design, whether Russian students are any different from their international counterparts, and will it be possible to make VR headsets comfortable for wearing. 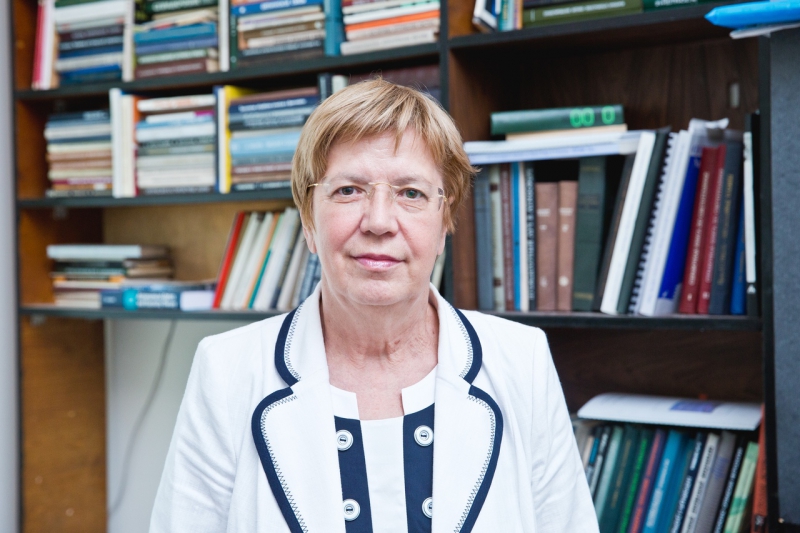 For nearly 30 years already, Professor Irina Livshitz has been giving lectures and running workshops abroad, as well as acting as a consultant for international companies creating optical systems with different purposes and complexity levels. This past summer, it was her classes that opened the University of Eastern Finland summer school in the city of Joensuu.

“Finland is now trying to take leading positions Europe-wide in the field of photonics, and for that, it has all the prerequisites needed. This international school has gathered over 60 participants from all over the world, there were even ones that came from as far as Ghana, Africa. What is more, it was attended not only but students but also by company representatives, for example, two people were sent over by Sony,” says Prof. Livshitz.

During her classes, Prof. Livshitz discussed such topics as what is virtual and augmented reality, how to make AR and VR devices, and what is the physics behind their interaction with the human eye. In addition to theoretical ones, she also hosted practical classes at which participants were tasked with making calculations for a simple VR device.

“When designing any optical system, the most important step is to determine the initial optical scheme: abroad, this is known as the starting point. Today, there is a large number of programs that enable the design of optical systems, but this exact problem, determining the starting point, remains unsolved. You can plan a system that will contain ten lenses, or you can make a single one, the whole scheme will be better, but the lens will be so unusual that it may be necessary to create a new technology specifically for its manufacture. This is precisely what our work as an optical systems designers consists of: creating an optimal optical system that would not only solve the task it’s been set up for, but also be new, simple, easy, effective and at the same time cheap,” continues Prof. Livshitz.

According to the scientist, schools like this are useful both to participants and also lecturers themselves. Dozens of people arriving from all over the globe not only obtain valuable knowledge but also share their experience with others. Sometimes, recalls Prof. Livshitz, you can even bump into the people you’ve taught in the past.

“There is a company in the Netherlands called Luxexcel. As it turned out, one of its heads was my student from the time I worked in the country. I have to admit that I’ve forgotten who he was, but now, when we’ve met again in Finland, he approached me to say thank you. I asked, for what? He replied that he’d been my student, and now he opened a company that prints lenses with optical quality. Previously, they’d only printed weak lenses, but now they discovered a material that allows you to print a lens suitable for 3D printer-based optical equipment! This is amazing,” Irina Livshitz.

That said, even a novice who’s just beginning their exploration of the many mysteries of optics can in their work inspire professionals to new, bold ideas which the latter may never have gotten without them.

“Each person is unique, and they see everything from their own standpoint. For example, you set someone a task, and this someone is new to the science and doesn’t know that there are things that can’t be done as far as theory and established principles are concerned. But they don’t take this into account and come up with a radically new solution, and you look at it and realize, why on earth did we think that this was impossible? This is very much possible! This is how new fields are born: nowadays, for example, a popular trend in optical systems design is to use free-from lenses. Before, lenses divided into convex, concave, spherical and symmetrical in relation to the optical axis. And now they can be anything: from asymmetrical to trapezoidal, this revolution is literally happening right before our eyes,” explains Irina Livshitz.

With that said, notes Prof. Livshitz, working at a school like that makes one understand that there are practically no differences between international students and those at ITMO University. While only some twenty years ago there was a contrast between working with a Russian audience and that from other countries, this isn’t the case anymore.

“The difference has now been reduced to zero: we are an international, nonclassical university. We have international students, we have a lot of people coming from abroad. Twenty years ago, though, that difference did manifest itself: in Europe, for example, it’s a big no-no to let others copy their homework off you: everyone understands that this is their career, their prospects, and everyone is motivated. Our students did copy sometimes, moved in groups, some were motivated, others weren’t. Now everyone is very driven, and Russian students have become the same as international ones. And not only in terms of their training: they have become freer, more unconfined. The university has made a colossal breakthrough. We communicate with students as if they were our colleagues, and they are our colleagues, they work in the same field like ours,” shares Prof. Livshitz.

When disadvantage becomes an advantage

Despite the fact that main manufacturers of optical equipment operate on the international level, Russian optical school is highly sought after all over the world. Asked why this happens, Prof. Livshitz smiles and replies, “We know how to determine the starting point.”

“We had a large, solid optical school. I’ve always seen my scientific advisor, Prof. Rusinov, as one of the world’s leading optics scientists, but he didn’t manage to break through to the international level because we were involved in what was considered as military works, we weren’t able to communicate with our colleagues as widely as we would’ve wanted. But this was the case of disadvantage latterly becoming an advantage. Computers were introduced into Russia and Russian optics twenty years after they became widespread in Europe and the US. They already had the computers and were pressing the buttons doing their calculations way before we were able to. When I started working after my graduation from the university, laboratories were full of people manually doing complex optical calculations, hard at work at their arithmometers, checking and rechecking each other, and only then the computer “Ural” came. But we didn’t lose our ability to pick a right starting point. While they were going through hundreds of options, we had to choose one manually, because if you opt for a wrong lens you’ll get a lot of problems, all your months-long calculations will be lost,” says Prof. Livshitz.

She also believes Russian optical engineers to be more versatile, being able to solve a wider range of tasks.

“In Japan, they specialize, say, on microlenses. They only do calculations for microlenses, all of their life. We, on the other hand, can calculate for microlenses today, move on to telescopes tomorrow, and then to something else the next day,” explains Irina Livshitz.

According to Prof. Livshitz, her cooperation with colleagues from the University of Eastern Finland doesn’t stop on holding the summer school. The scientist hopes that she and her Finnish colleagues will manage to start a collaboration on solving one of the key problems faced by virtual reality technologies. Many people find VR glasses very uncomfortable; for example, they may experience dizziness and nausea. The professor admits that she personally also feels uncomfortable if she uses a VR system for a long time, even if the system in question is of the highest quality.

“Problems occur because what a person does when using VR technologies is essentially fooling their brain and their eyes. They are bombarded with additional information. This is one of the biggest problems ever to stand before the field, and everyone is trying to solve it, Huawei, LG, Samsung. They approached us on several occasions asking whether we could solve this problem for them. Here the issue is at the intersection of several sciences; on the one hand, when you look at a nearby object all the time, your eyes are constantly being readjusted and the muscles get tired. On the other hand, information is constantly entering the brain. In theory, what’s needed to be done for solving the issue is for optics scientists to team with ophthalmologists and those who study the brain. We haven’t yet succeeded in that. We are planning to team up with our Finnish colleagues. You can see solving this problem as tantamount to a Nobel Prize,” says Prof. Livshitz.

The scientist also says that at this point in time, she’s preparing a joint project, dedicated to free-form lenses, with a group of Belgian colleagues.

“This year, we have applied for a grant together with Vrije Universiteit Brussel. The project we are planning focuses on new free-form surfaces. The lenses will be developed by the Belgians, while our task will be to make all the necessary calculations. Our technology may be lagging behind making us unable to perform the manufacturing process, but calculating is something we excel at,” concludes the scientist.