Sam Innes: The Way Russian Writers Get Inside the Human Soul Is Incredible

Sam Innes participated in two courses during the Russian Language and Culture Summer School held in July at ITMO University. He attended both the Russian conversational course and Russian cinema course. Sam experienced the course remotely from the United Kingdom. What was it like to explore his passion for Russian culture remotely? We talked to him about his summer school experience and plans for the future. 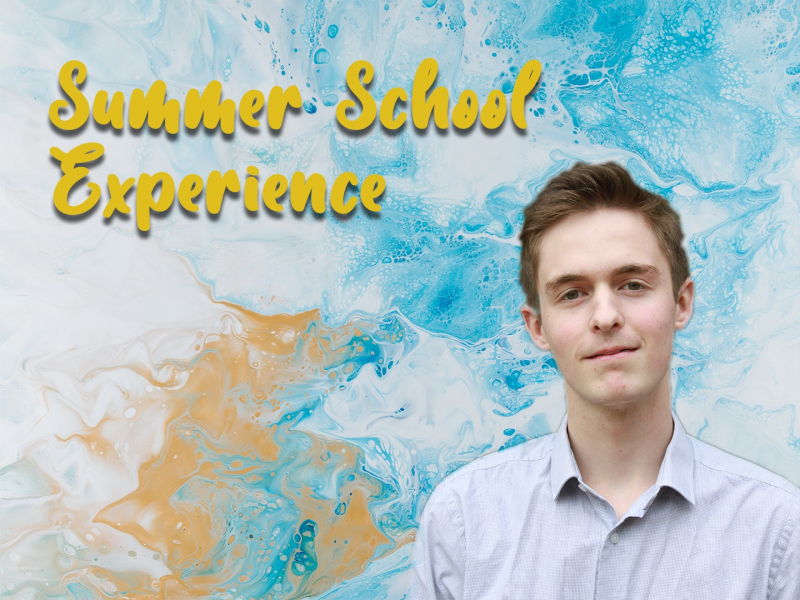 Can you tell us about yourself?

I’m originally from London. Hopefully, I’m moving to Germany for my Bachelor’s degree this fall. I’d like to study Slavic studies and computational linguistics. I am really interested in Russian culture. That’s why I decided to join the summer course. I decided I want to learn Russian and study Slavic culture. I believe it is so different and also something which is profoundly misunderstood in the West. There’s not much dialogue between the East and the West at the moment, which is a real shame.

Another reason I took this course was that I find Russian literature fascinating. Their treatment of different aspects of the story grips me. There’s a lot of psychological background in them. The way that Russian writers manage to sort of get inside the human soul, it’s incredible.

Who is your favorite writer?

I would say my favorite writer is Dostoyevsky. He charms foreigners and shows a part of Russia that makes you just want to see more. His writing reflects preconceptions about Russia.

Have you ever been to Russia?

How did you hear about the school?

I’m not quite sure, I think I just searched for it on Google. I had never participated in a language summer school before and it was really good. I really enjoyed it.

How was your experience with the summer course?

I have been really impressed by the quality of teaching, especially in the course on Russian Cinema, and I find it exciting how teachers use real-life, unedited texts and resources as well as songs, video clips, and creative writing tasks to make lessons more fun and interesting. A highlight for me was the lesson on the film The Irony of Fate, where we watched clips from the film, came up with our own dialogue and read real reviews of the film from VK – it was fantastic to be able to feel like we were reading/listening to real Russian and to learn about a film so popular in Russia! The teachers’ enthusiasm also really motivated me to study harder and has made the course very enjoyable and engaging.

Have you seen any Russian movies?

I have seen The Irony of Fate in English. I do also love Soviet cartoons for some reason. They’re beautiful and peaceful as well.

What has been your experience with Russian culture?

I have read a fair bit of Russian literature, and I find it very interesting. And it’s mainly through that that I found out about Russian culture.

Have you considered studying in Russia?

I am thinking of maybe doing a Master’s or a short-term program in Russia. I would love to go to Siberia. I would love to go to that deep Russia, something remote, like Kamchatka. The issue of going as a tourist is that you can only stay for 30 days, and that’s not enough to see everything I want. Also, maybe I would see the Caucasus Mountains. I hope to be able to take another ITMO Summer/Winter School soon!