Vodokanal of St. Petersburg (the city’s main water utilities enterprise – Ed.) has reported that the  research and education center ITMO Highpark, located in the Yuzhny satellite city, has been connected to the city’s water supply and disposal infrastructure. 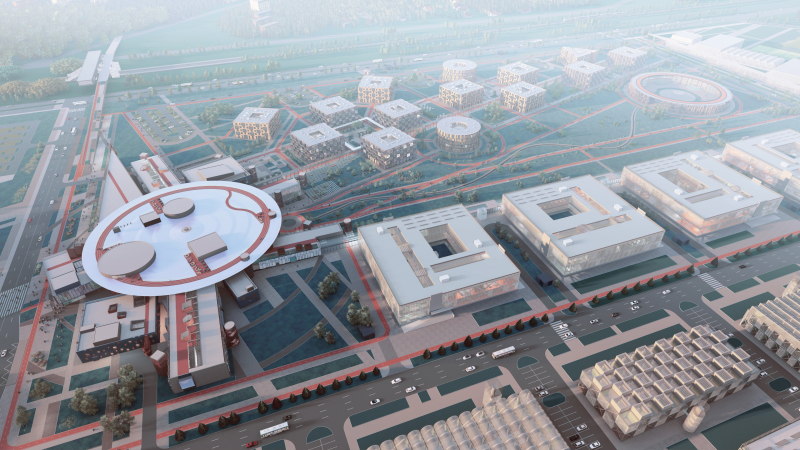 Specialists at the Vodokanal have constructed over 22 kilometers of water supply and over 18 kilometers of water disposal infrastructure along the Kiyevskoye, Krasnoselskoye, and Rekhkolovskoye highways, as well as a sewage pumping station in the vicinity of the railway station Lesnoye. For this project, the enterprise used polyethylene pressure pipes that are long-lasting and corrosion-resistant.

During construction, the specialists turned to both the open method and horizontal directional drilling, which allowed them to avoid significant disturbances to the roadways. The latter method is typically used to run piping through engineering or natural obstacles (such as rivers, trenches, roads or railroads) or in landscaped areas.

Experts at Vodokanal also add that this new step will not only bring water to the new research and education center, but will also make it possible to develop the south-west of St. Petersburg’s Pushkinsky district, including Yuzhny satellite city with its flourishing infrastructure.

ITMO Highpark is ITMO’s world-class innovation center located in the south of St. Petersburg, which will include a campus for Master’s and PhD students, a Techno Valley, and a business park for tech companies. Out of its 100 hectares, 140,000 square meters will be allocated to scientific and innovation infrastructure and another 100,000 – to dormitories, the campus, various locations for students, as well as three research centers with over 50 laboratories and five innovative production sites.

Among the first to be built will be the main campus building that will welcome 1,600 students, the student club, and two dormitories that will house over 1,000 students.