The Finals of the GenerationS TechNet Track Start in St. Petersburg

The final round of the GenerationS TechNet Track started at ITMO University last Thursday. The best startups will compete for the prize of 1 million rubles. 12 startups from several Russian cities take part in the competition. The final round will last for ten days, and after that the participants will present the results of their work to experts from industry, venture funds and the Innovation Support Fund. 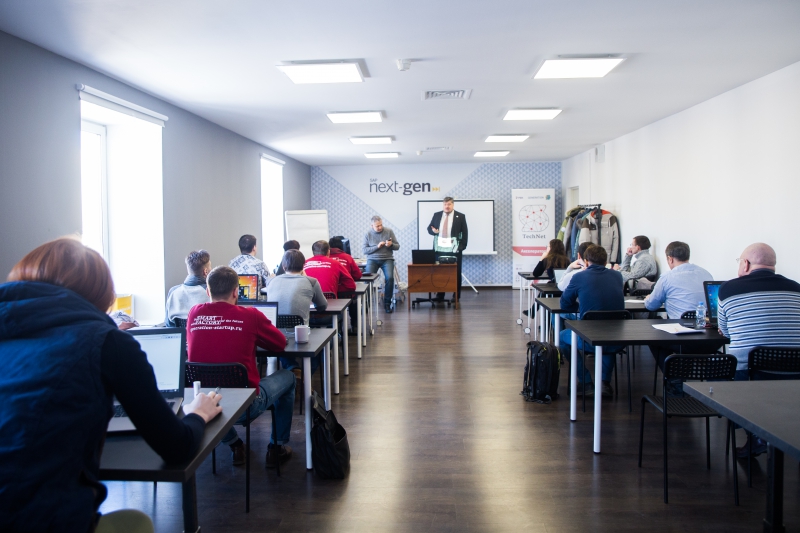 During the program, the participants will be given an opportunity to develop their projects, learn the basics of market analysis, project marketing, and risk management, as well as to learn how to build a financial model and transfer technologies to industry. The participants will also get familiar with the specifics of such industrial enterprises in the region as Prometey Central Scientific Research Institute of Structural Materials, Sredne-Nevsky Shipyard, Lenpoligrafmash, MOBAHAUS and the Kirov Plant, and meet with the top managers of these companies.

Among the experts were Dmitry Ivanov, Director for Innovative Development of NPO Saturn, Oleg Malsagov, Advisor to Rector's Office and Nina Yanikina, Head of ITMO's Project Management and Innovation Department.

Dmitry Ivanov suggested the participants to think over the business components of their projects, and informed them that the final round will largely focus on the economic aspects of startups.

The final pitch session of the TechNet Track will be held on March 10 at ITMO University. The winners will be invited to GenerationS Superfinal that will take place in April 2018.

399 entrepreneurs from various fields, such as digital design and modeling, additive technologies, the Industrial Internet, sensor systems, robotics, and CNC technologies applied for participation in the TechNet Track. 40 teams from 24 Russian cities were invited to take part in the Bootcamp where the experts offered them some tips to improve their presentations. 12 teams were allowed to participate in the final round.

GenerationS is the biggest startup accelerator in Russia and Eastern Europe. It has been held since 2013. More than 20 Russian companies take part in the project as partners. The participants of the accelerator will get an opportunity to develop their business ideas and attract investments, as well as gain access to the project's resources and infrastructure.