The forum and exhibition Saint Petersburg Travel hub, which gathered members of the nation’s tourist community and participants from 57 regions of the country, has recently come to a close. This year’s Travel Hub coincided with the 23rd session of the General Assembly of the World Tourism Organization. One of the forum’s topics was the digital transformation of the travel industry. ITMO University took part in the exhibition; its staff presented a number of interdisciplinary projects that weave together the history and culture of St. Petersburg with digital technologies. 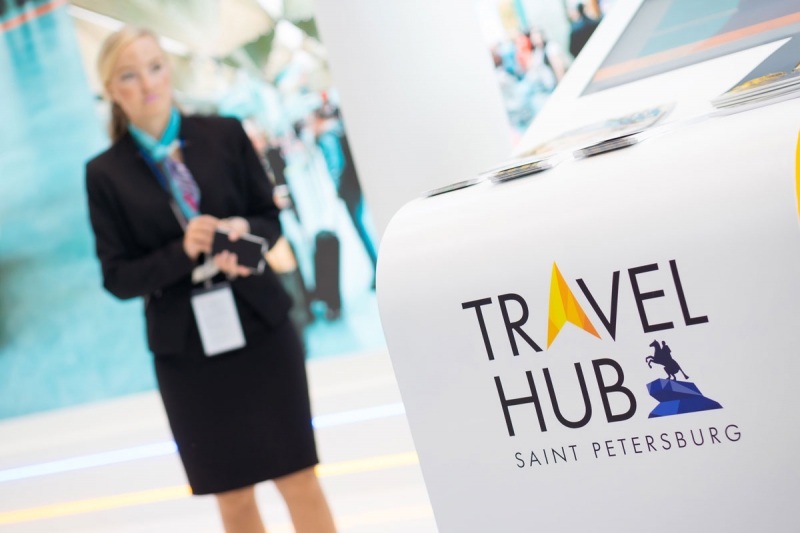 The forum’s business program facilitated the collaboration between members of the Russian travel industry, international travel experts, and government delegations of other countries. Among the event’s key topics were the development of year-round, medical, and wellness tourism, as well as the digitization of travel.

The digital transformation of the travel industry and its key trends and challenges were on discussion during the panel session Digitization of Tourism – Industry 4.0, organized by the St. Petersburg Committee for Tourism Development. The discussion involved representatives of travel companies, hospitality businesses, and major carrier companies. All in all, the business program at Saint Petersburg Travel Hub included more than ten discussion sessions and roundtables focused on the industry’s key areas of development.

The forum’s participants also visited the exhibition of the same name, organized by the Government of St. Petersburg with the support of the Federal Agency for Tourism. 33 regions of Russia and other members of the industry took part in the exhibition; a separate booth focused on the UEFA Euro 2020 tournament.

Members of ITMO University staff participated in the forum and showcased two projects in the main exhibition area. One of these projects, titled “Retrospective visualization of culture-forming toponyms of St. Petersburg based on corpus analysis of historical, culturological, and fictional sources,” has been developed by the University’s Digital Humanities Center.

The project is comprised of an interactive map of St. Petersburg depicting various objects of cultural significance and the connections between them. The map’s search feature allows users to find every venue where Pyotr Tchaikovsky had once performed, or which cafes and restaurants he had once visited. As the project’s authors explain, the service can be useful to tourists interested in creating new and unusual routes.

“The project is currently in its final stage, and we’ll be ready to present it to the public by the end of the year. It will be available in two languages: Russian and English. As for compatibility, we’re also developing a mobile app to function alongside the desktop version. Collaborative features are also included: desktop users will find themselves able to add more information about various locations or historical figures using the feedback form. Their contributions will be reviewed by admins and added to the database, while the contributors’ names will be featured on the About page. Our aim with this is to get citizens and guests of the city involved in creating a truly crowdsourced project about St. Petersburg,” explains Antonina Puchkovskaia, the head of DH Center and the international Master’s program Data, Culture, and Visualization.

This project is an interdisciplinary initiative that involves not only the specialists of the National Library of Russia, who are providing a data pool, but also ITMO University’s machine learning and neural network researchers.

The visitors of Saint Petersburg Travel Hub had the opportunity to use the Samsung Gear VR headset to watch a number of 360-degree videos about the city. One such video provided a bird’s eye view of St. Petersburg’s major landmarks. All of the videos were provided by ITMO University’s Center of Usability and Mixed Reality and Video360Production, a small innovative enterprise of ITMO University.

He also adds that the researchers’ projects have resonated well with the exhibition’s guests.

“The 23rd session of the General Assembly of the World Tourism Organization and the Saint Petersburg Travel Hub forum are major high-profile events. This is the first time that the General Assembly is held in Russia and it has no doubt influenced the interest towards this event among experts of various fields. We’ve received a great deal of feedback from our Russian and international colleagues, and guests of the exhibition have come to us with various ideas for collaboration. Events like these allow us to form a valuable pool of contacts that might one day flourish into joint projects or grant applications. We’ve seen interest from representatives of businesses as well as government authorities,” says Artem Smolin.

Finally, he adds, events of such a scale that make evident the real demands of the industry are helpful in deciding on practical topics for Bachelor’s and Master’s students’ thesis projects.