In Russia, most startups in the field of Foodtech focus on food delivery only. Still, globally, Foodtech has a much more comprehensive meaning: it is about digital technologies making their way into all fields of food industry. For the past years, the international market of foodtech startups has been developing most rapidly. In Russia, this field looks quite promising, as well. So, what are the key trends that anyone who wants to focus on Foodtech has to keep track of? 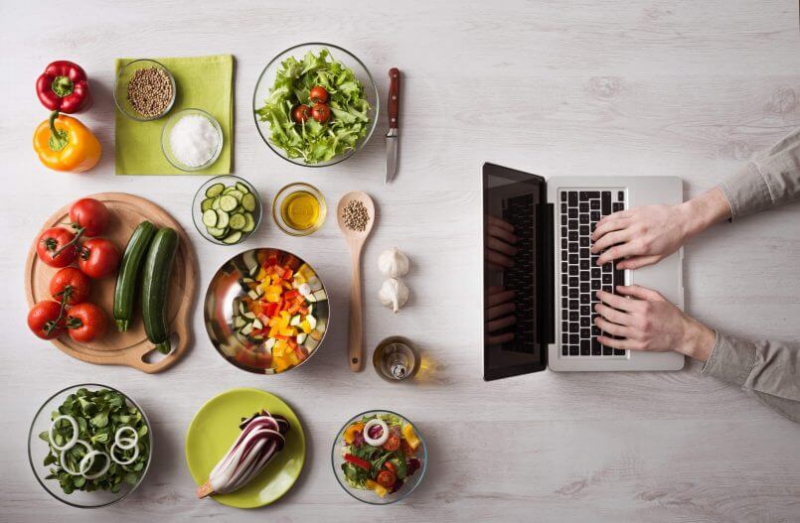 After the trend towards healthy nutrition made its way from the USA and Europe to Russia, the amount of high-energy food on the Russian food market has increased considerably. Still, Russian consumers don’t exactly hurry to make use of its benefits. According to Artem Lepeshkin, co-founder of the FOYT startup dealing in natural cocktails that can substitute a full meal, some five years ago the level of awareness of the Russian public of functional nutrition was very low. Nevertheless, this market niche experienced a glut in recent years, when numerous healthy foods cafes and restaurants, as well as shops selling organic foods started to appear. People became more interested in living a healthy lifestyle and started to take up more sports activities.

“People have become more educated and versed in these matters. Previously, we had to explain to our audience the simplest of things, and some topics are still taboo. For instance, many people still don’t trust pharmaceutical vitamins, as they see them as chemical compounds. What we are trying to do is to explain that human beings themselves are composed of chemical compounds, and that is neither good nor bad, it’s just something to be accepted. Despite such issues, we can still say that people now have a deeper understanding of modern trends. Those who come to our events are now a lot more well-versed in these topics. By the way, some five years ago many people believed that powdered products are steroids, and we had to explain that steroids are hormones that can’t exist as powders. At last, people started to be more conscious about healthy food trends,” explains Artem Lepeshkin.

Though there are unique niches in some other fields of the Russian foodtech market (for instance, the “food on subscription” model that originated in Russia), the field of functional nutrition is not like that, and most ideas and trends come from Western companies. Among the most popular ones are tendencies towards using gluten-free products and products that have not been genetically modified, which emerged in the West some 15 years ago and made its way to Russia ten years later. Still, the scale of their development in the USA and Europe and that of Russia is incommensurable. While it might be hard to find shelves with healthy products in Russian supermarkets, in the West there are even retail chains that focus on selling non-GMO products.

“FOYT’s product is high-energy cocktails. This is a tendency from the American and European markets.  The point is, in those countries people perceive the very phenomena of nutrition differently. For many Europeans and Americans, food is just the means to sustain their organisms’ existence. The concept of getting positive emotions from meals is a lot less popular. At a certain point in time, people started to look at food in a simpler manner, seeing it as just a way to increase their energy. In these territories, people are less suspicious of powders and pills that can substitute a full meal. As for the Russian people, they are still suspicious of UHT milk that can be stored in a fridge for half a year, even despite the fact that UHT technology was developed in the USSR. Still, it is now more and more often that we are asked about pills that can replace meals. Surely, these are mostly jokes, but they show a tendency towards thinking about such matters,” comments Artem Lepeshkin.

According to him, the market of functional foods in Russia can soon get a boost. For now, it amounts to just 60 billion rubles, which means that this niche has only started to develop.  There are several players who will play a decisive role in whether this market will be a hit: doctors, major food companies, and the consumers themselves.

“Speaking about manufacturers, they have increased the product range, and new players appeared on the market of low-calorie and sugarless nutrition. Also, the product range in shops selling healthy foods has increased; in supermarkets, there are now shelves with sports nutrition and low-calorie nutrition. So, we can speak about the increase in the demand for such products.  In Russia, this market has not yet fully developed, so there are conditions for dynamic growth. In Europe and the USA, this market has existed for a long time already, and now develops slowly. Speaking about trends, the most popular ones in the USA have to do with low-calorie and sugarless nutrition, and in Europe that would be sugarless nutrition. For Scandinavian countries, the most relevant are gluten-free and non-GMO products,” says Kirill Kazarinov, CEO of Pro&Ice.

Kirill believes that a promising niche on the Russian food market is the one that has to do with desserts in general. Low-calorie pastry and sweets are only starting to appear, and this field is still underdeveloped. The same can be said about protein snacks - there's still little competition in this market. He adds that one has to mind the fact that major players also monitor these trends, and supplement their yogurts with new nutrients.

According to Artem Lepeshkin, it is the tourist nutrition that can soon be a hit in the Russian market. This has to do with tourism becoming increasingly popular in the country, extreme tourism included. In conditions when every kilogram of weight counts, products with a long shelf-life will be most relevant.

“This trend originates from products developed for the military. Military rations are produced in such a way that they would be rich in calories, have a long shelf-life and be easy to consume. When a person makes a long-distance march, they have to quickly open and eat their meal and continue running. So, we forecast the tendency towards producing high-calorie products that would emerge from sports or the military,”  comments Artem Lepeshkin.

According to him, nutritional gels for runners that can quickly increase the amount of nutrients and carbohydrates in one’s organism are quite widespread in the sports field. Constant movement is among the most evident trends in the development of metropolises. Most people work at several jobs, so such products will definitely be relevant. Still, one should not forget about traditional fields, as well: restaurant businesses will also continue to develop.