The Best of CES 2019: Highlights and Trends

Despite the economic crisis and rising inflation, smartphones sales in Russia broke all records in 2018. The annual Consumer Electronics Show (CES), which showcases the breakthrough in innovative technologies, has recently kicked off in Las Vegas. ITMO.NEWS gathered information about the latest trends and technological advances in the field and talked to ITMO University lecturer and CES’s participant Andrey Korsakov. 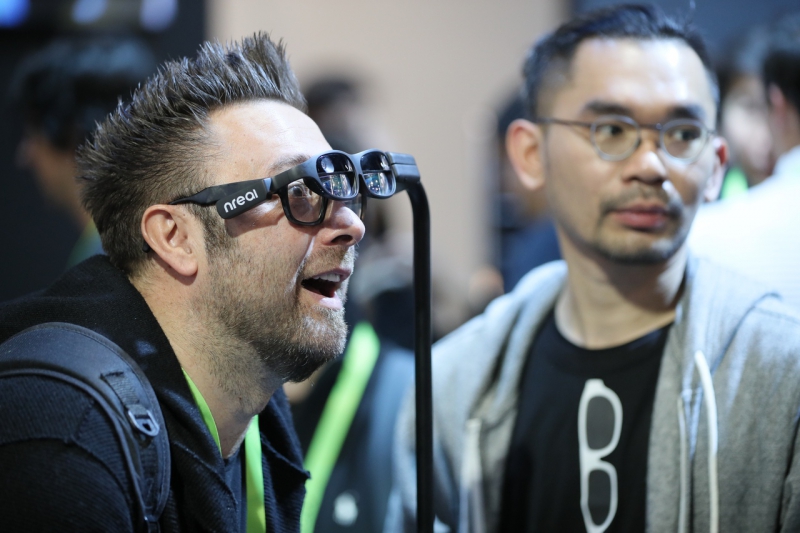 CES, the biggest tech show in the world, is currently taking place in Las Vegas, where renowned companies such as Samsung, Sony, and many others are presenting their newest devices. Among this year’s biggest highlights are Hyundai’s walking car and Xiaomi’s new budget smartphone Redmi Note 7 with a staggering 48MP camera.

In this article, we’ll review the main trends that will mark the industry in 2019 and tell you about the most exciting products.

The age of virtual assistants

Virtual assistants such as Amazon’s Alexa are gaining popularity. Yandex has recently presented its Yandex Station. However, CareOS went even further and created a virtual assistant in a form of a mirror. With their new system called Artemis Mirror, you can check the weather, watch a video, and even try various make-up options with the use of AR technologies. The device responds to your voice and gestures. The pilot batch has already been delivered to several Las Vegas’ hotels.

Another highlight of the exhibition is Google Translator, which supports 27 languages and has already been established at hotels in San Francisco and New York. The company representatives believe that in the future, such a gizmo will become irreplaceable in the hotel industry.

Robots are craving for love

We have already written about domestic robots in our previous article about CES. The latest research indicates that people easily create emotional bonds with their robots.

This year, Kaname Hayashi, a Japanese designer and the author of Pepper, has presented his new creation, Lovot. While Pepper can recognize human feelings, Lovot, with its large attentive eyes and a plush warm body, is designed to hack emotions. The device will enter the market at the end of 2019. However, note that the robot’s love comes at a price: one device costs 3,000 dollars.

“Artificial intelligence is the real highlight of the exhibition. It can be applied in almost every sphere, from self-driving vehicles and technologies of smart cities to smart gadgets and super high-resolution TVs,” shares Andrey Korsakov, a senior lecturer at ITMO’s Institute of Design and Urban Studies.

“Virtual reality technologies can come in handy when it comes to organizing exhibitions,” says Andrey Korsakov. “I got lucky to attend the presentation of Holodrive, a VR solution by Audi.”

Devil is in detail

Another major trend of 2019 is that companies start to step away from making big and radical changes and pay more attention to detail. For example, the only thing that makes DELL XPS 13 different from its predecessor is that the camera has been moved from the lower part to the upper. The situation is pretty much the same with many other companies such as Lenovo, ASUS, etc. The explanation behind it is that now when there are so many options available, the only way to catch customers’ attention and encourage them to buy new products is to make new devices as convenient and handy and possible.

Can you imagine a TV that can coil itself into a small cabinet? LG has just created it. Samsung has also demonstrated their new development: The Wall, a TV made up of borderless tiles; the modular design allows additional tiles to be added. The version the company showcased at the exhibition was a jaw-dropping 219 inches one.

Royole FlexPai is yet another groundbreaking gadget presented at CES 2019. Announced in late 2018, this is the first truly flexible smartphone in the world, however, it is still not perfect.

Though innovative and visually compelling, smartphones and TVs are pretty much useless without their services. Apple never comes to the Consumer Electronics Show, but this year, the company showed up. Sort of. It was declared at the exhibition that Samsung, LG and Sony’s TVs will soon support Apple’s service AirPlay 2. Now you can use your iPhone to control your TV. So this year, CES has transformed from a battlefield to a peace camp.