Artificial Intelligence, 5G connectivity and a Mercedes straight out of James Cameron's Avatar were only some of the highlights at CES 2020, which took place on January 7-10 in Las Vegas. Here’s what will be changing our lives in the near future. 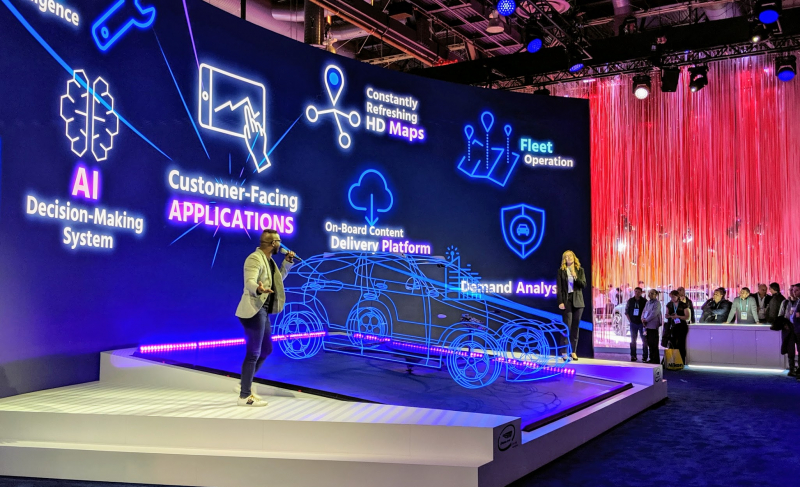 At the core of many products showcased at CES 2020, the largest consumer electronics show in North America, is 5G connectivity and the growing advances in AI, which is quickly moving towards the Intelligence of Things. Be it autonomous cars, or next-gen TVs, or health, it seems to be sparking innovation in just about every market segment.

"This week at CES illustrated that every company is truly a tech company," said Karen Chupka, executive vice president of CES. "Global technology brands blended with non-traditional tech companies to showcase how innovation is furthering business across all markets, setting the stage for the decade ahead."

Toyota’s City of the Future

Arguably the most ambitious project unveiled at CES 2020 was Toyota's Woven City, a prototype community of the future that will be built near Mount Fuji in Japan. On this land, Toyota will create an experimental laboratory for the development and production of future technologies – including self-driving vehicles run on hydrogen fuel cells, robots, smart homes and new forms of personal mobility.

Mercedes-Benz partnered with James Cameron to create an Avatar-based sustainable showcar, the Mercedes Vision AVTR, complete with a touch-based control system that rises from the console, a complete virtual instrument panel, and a fully-recycleable battery based on organic cell chemistry. The car is part of the company’s vision for carbon-neutral vehicle production, zero emissions and carbon-neutral fleet by 2023.

Audi showcased its AI:ME, a completely autonomous vehicle. There’s still a steering wheel and pedals in the car for when you decide to take control, though they remain hidden when they’re not in use, creating a lounge-like experience for the car’s passengers in tandem with various seating configurations available. The onboard intelligence system can also interact proactively with passengers, learning their preferences when it comes to climate control, interior lighting, or even various route suggestions. Audi’s screens had AR icons pop up to indicate how a windshield heads-up display could flag live points of interest, electric charging stations, and the like as you drive. At one point, it recommended a breathing exercise for a passenger, seemingly based on health data.

VR and AR for everyone

Virtual and augmented reality headsets and devices seemed to be everywhere at CES thanks to the rise of gaming and esports, as well as commercial applications. One notable device was the world’s first compact High Dynamic Range (HDR) capable VR eyeglasses by Panasonic. They display ultra high definition visuals without a "screen-door" effect (the lines between pixels that become visible in a screen that is positioned millimeters from your eyeball) thanks to a micro OLED panel and new optical driver which creates “natural and distortion-free images in super single focus.” Panasonic is relying on the rise of 5G mobile networks to provide wearers with real-time sports streams as well as virtual travel experiences.

Bendable laptops seem to be the new Holy Grail, and Intel’s Horseshoe Bend is a promising step in the right direction. It is essentially a 17-inch tablet or an all-in-one computer (if you use a kickstand and attach a keyboard and mouse) and it folds in half to become a 12.5-inch laptop with a touchscreen on one half and a touch keyboard and touchpad on the other. There's also a hardware keyboard that can slide onto the bottom touchscreen for those averse to virtual keyboards.

Healthcare is being redefined by sensors and apps to go with them for better health tracking, preventive measures and telemedicine. Withings ScanWatch, for example, includes an electrocardiogram, photoplethysmography for optical heart rate, SpO2 for blood oxygen and deeper sleep analysis that can detect sleep apnea. GoBe3 can automatically track calorie intake and detect your stress levels based on skin readings using similar technology to what's used in lie-detector tests. There was also Valencell's blood pressure-sensing earbuds, which could be used to help fight hypertension, the world's most widespread undiagnosed condition.

Jennie, an animatronic dog from Tombot, is a companion for seniors with dementia and people with autism and PTSD. The creators of Lovot claim that this little robot will warm your heart. It responds to touch and smiles and giggles: just like a little kid, minus all the expenses. And there’s also RollBot, a robot by the toilet paper maker Charmin, who is happy to go get you a fresh roll.

Though not exactly a tech product, Impossible Pork, the latest plant-based meat substitute from Impossible Foods, made a big impact at CES 2020 and earned generally decent remarks from taste testers. It doesn't have an exact launch date, but we generally expect to see it in grocery stores and/or restaurants later this year, similar to Impossible Burger 2.0.