Orbi Prime, the world’s first wearable 360-degree camera glasses with a 4K resolution, were named among the best new innovations in two categories at CES 2018, the world’s largest technology and innovation show. The first batch will be released this August and shipped to the project’s backers. Orbi Inc. has been a resident of ITMO’s Technopark for a year. 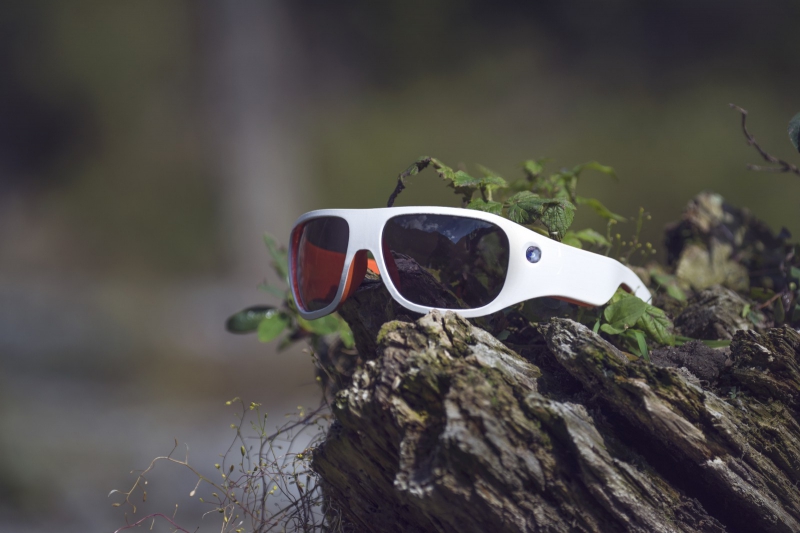 The International Consumer Electronics Show (CES) is the place to see the most promising, outlandish and daring innovations that might soon become a part of everyday life. Major companies and startups from all over the world present their projects at the show; last year, the event was visited by a total of 184,000 people, with projects from 4,000 companies being presented and more than 1,200 experts taking part in open discussions. The event also attracts hundreds of investors and developers looking for potential partnerships.

One of CES’s features is the Eureka Park marketplace, where startups may present projects that are close to entering the market. It was there that the resident of ITMO’s Technopark presented their 360-degree camera glasses. Orbi Prime is a pair of sunglasses capable of recording first-person panoramic videos. Four cameras are integrated into the light frame while the device itself looks remarkably like a regular pair of glasses. The cameras can record up to 60 minutes of video on a single charge; the resulting files are immediately streamed to a smartphone, where they are combined into a 360-degree video.

Each year, the CES Innovation Awards pick the best innovative products in more than 25 categories. Participants apply in advance and the results are announced before the event starts. Orbi was named an honoree in two of the categories: “Wearable Technologies” and “Virtual and Augmented Reality.” The former category also includes various smart watches, glasses, helmets, GPS trackers and others. The latter includes VR glasses, 360-degree cameras and AR/VR apps.

“This win enabled us to have our product featured at a separate booth, which became the center of attention for journalists, investors, industry representatives and other visitors. We were right next to the world’s best innovative products,” – comments Alexander Moreno, CTO of Orbi Inc.

Visitors at CES could try the glasses on, as well as shoot their own videos and receive them by email later (the customer version will simply transfer the video to the user’s smartphone). Orbi Prime received praise from specialists and garnered interest from more than just electronics retailers. Visitors suggested using it in marketing – for example, by shooting tours of real estate properties. Banking representatives were interested in using the glasses to evaluate customer service quality.

Earlier on, a psychiatrist got in touch with Orbi to share the idea of using their device to help patients suffering from phobias: the first-person camera could be used to film situations that cause fear to the patient and use them as a virtual treatment tool.

This is exactly what makes Orbi Prime so well-suited for sharing one’s experience – especially if those are unusual, rare experiences that are uncommon for most people. For example, they could be used by athletes, performers, celebrities or vloggers to let viewers see the world through their eyes. A journalist for the Discovery Channel has worn the Orbi Prime glasses while traveling on a high-speed zipline.

“The show made us realize that it’s imperative that we start working on a retail copy of Orbi Prime as soon as possible; at CES, other companies expressed interest in our device and will likely want to make something similar. The market for 360-degree cameras and VR devices is very dynamic these days; if we don’t launch it first, we lose. We expect to ship the first batch of the glasses in August to those who’ve made pre-orders, as well as ramp up the production,” – comments Alexander Moreno.

A year ago, the startup acquired more than a thousand pre-orders on the crowdfunding platform Indiegogo, racking up a total of $290,000.

Today, the company is preparing for a second round of investments, after which it will put their product into mass production, supported by a marketing campaign. The hardware parts will be manufactured in Taiwan by PRIMAX, while the design and exterior elements are developed by the designer bureau Anamaly. Orbi’s specialists focus their effort on developing the software elements, which is why the cameras can be small enough to be placed into the frame while producing high-quality video.

Orbi Prime was initially expected to launch primarily in North America, but at CES it also garnered interest from retailers and distributors from Japan. In addition, microchips for Orbi Prime are manufactured in Japan, and the production company is interested in seeing this product introduced to their national market. The startup’s future marketing campaigns will also target the Asian market.