ITMO and Novosibirsk State University initiated a collaboration agreement for a period of five years to enhance the development  of quantum technologies, innovative entrepreneurship and realization of the National Technology Initiative in Russia's regions. 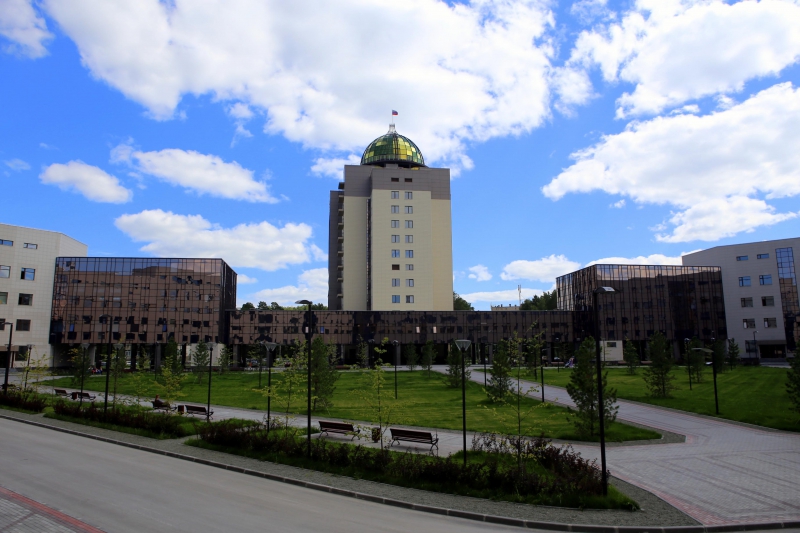 The agreement was signed last week by Levan Tatunashvili, Advisor to Rector of Novosibirsk State University and Oleg Malsagov, Advisor for Development to Rector of ITMO University, during the meeting of the Council on NTI headed by Sergei Movchan, St. Petersburg's Vice Governor.

Among the tasks stated in the agreement are organizing the transfer of hi-end technologies and inventions, further increasing of the quality of research conducted at ITMO and NSU for solving tasks of industry, commercialization of technologies developed by the universities, as well as expansion of the project activities of their students in fields prioritized by the NTI.

One of the areas NSU and ITMO will cooperate in will be the organization of the A:Start acceleration program in August, which will be the first in a series of collaborative programs on technological entrepreneurship (including the Startup as a Thesis concept) the universities plan to launch in the course of 2017. Also, ITMO and NSU plan to collaborate on innovative entrepreneurship and business projects on infrastructure in the fields of IT, quantum and medical technologies, photonics and urban science. "A:Start is the accelerator of the Novosibirsk Technopark "Akadempark". This is one of the country's oldest accelerators - it has been around for about eight years already. During the first acceleration sessions we conducted several years ago, we tried bringing mentors from all over the country, St. Petersburg included. Some of ITMO's staff members participated in A:Start's sessions some five-six years ago. Now we're talking about increasing the number of such experts," shares Levan Tatunashvili.

The collaborative efforts of the universities will include conducting guest lectures and workshops on the relevant trends in the development of high-technology markets and creating NTI network centers in Russian universities. Such centers will organize research projects and internships for Master's and PhD students, as well as promote writing graduation theses that are aimed at overcoming the technological difficulties on NTI markets.

"As of now, we and NSU outlined the tasks we've been working on for the last year, especially the development of entrepreneurship in Russian universities. Also, we have many similar initiatives in what has to do with development of the National Technology Initiative. We work on the list of technological difficulties in NTI markets that we can collaborate on solving. Apart from this, there also are traditional collaboration formats like internships, exchange programs, network educational programs, and using the universities’ infrastructure for collaboration projects, including startups. In the near future, we plan on using each other’s resources for launching new programs in St. Petersburg and the Novosibirsk region. By the end of the year, we will already be able to show some results in the fields of NTI and innovative entrepreneurship," explains Nina Yanikina, Head of Project Management and Innovation Department. As for what has to do with education and science, the universities plan to launch projects in the field of quantum technologies as part of the Quantum Consortium, as well as develop a joint educational program in this field.

"Each of us has a pool of partners we work with. Both universities are participants of Project 5-100, leading universities and part of the Association of Leading Universities of Russia. We have a common goal - to move to the forefront in terms of science and education among the world's universities. We have common interests we can collaborate on in what has to do with technology: bioscience, new materials, IT, quantum and nanotechnologies. There are also similarities in the instruments we use for collaboration, including accelerators, business incubators, technoparks and research involving industrial partners," notes Oleg Malsagov.

According to the Advisor to Rector, the universities have different approaches to organization of entrepreneurial projects and  innovative infrastructure, as NTU's strong sides are more about fundamental science and research, whereas ITMO focuses on its non-classical approach and entrepreneurship. Yet, both universities tend to focus on global challenges. "It often occurs that projects at our accelerator are somewhat outside NTU or our Technopark's competencies, but can be of interest to ITMO and vice-versa. It's no secret that ITMO University has great experience in conducting acceleration programs all over the country, for example as part of ITMO.REGIONS network of startup schools. We've made it our policy to take into account the experience of others, as focusing on one's own resources only is not good, one always needs to bring in some new blood," believes Levan Tatunashvili.

Oleg Malsagov points out that both universities greatly contribute to their regions' development. Thus, NSU closely cooperates with Academpark, and ITMO University does the same for the Technopark of St. Petersburg.

"We enter the NTI's ecosystems as its partner. As part of this collaboration, we contribute our resources and values, and our colleagues provide their opportunities and ideas," concludes Oleg Malsagov.