ITMO University and South-Eastern Finland University of Applied Sciences (XAMK) have received approval for their Twin campus joint project. The initiative’s key result will be creating a Russian-Finnish platform for modernization and internationalization of small and medium entrepreneurship that will simultaneously operate in St. Petersburg, at ITMO’s new Highpark, and in Kotka, on the base of the new XAMK campus. The project gives Russian technological companies an opportunity to enter international markets, as well as to promote technologies developed at ITMO University. 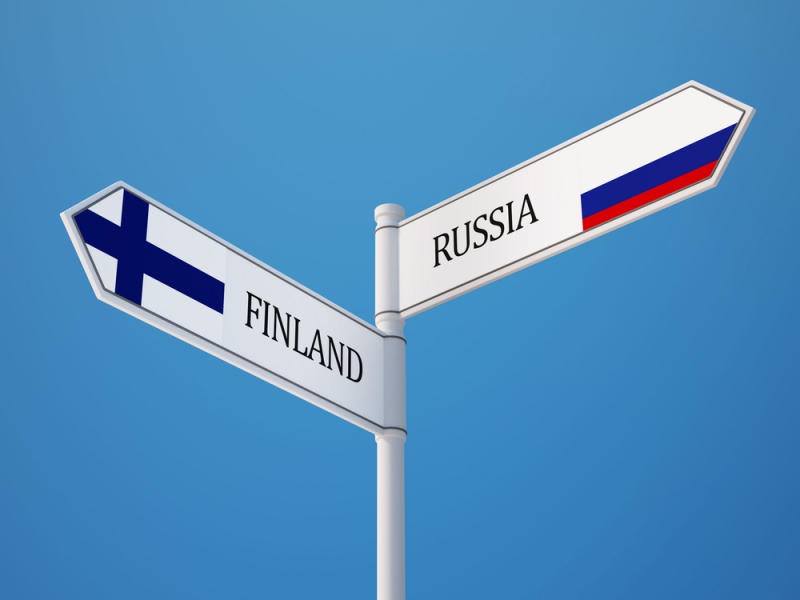 The Twin campus project will be implemented as part of a one million euro grant of the South-East Finland-Russia Cross-Border Cooperation program. ITMO University and South-Eastern Finland University of Applied Sciences applied for the grant and have already gotten preliminary approval. Apart from the universities, among the project’s participants are such organizations as Regional Council Kyymen Laasko Cursor Oy, St. Petersburg Foundation for SME Development, and St. Petersburg Technopark.

According to Igor Kuprienko, head of ITMO's Project Activity and Fundraising Unit, the springboard for the project’s development was the fact that both ITMO University and XAMK planned to construct new campuses. Last year marked the beginning of construction of ITMO.Highpark, an innovative center and university campus in the Yuzhny satellite city south of St. Petersburg. The new campus will host educational buildings, innovative production plants, and a business incubator: all in all, the floor space will amount to approximately 400,000 square meters. About 50 international laboratories and at least five innovative production plants will also be located there.

XAMK is also planning to construct a new campus in Kotka. Last year, Kotka Old Port MDC (Kotkan Kantasataman Kehitys Oy), Kotka City Council and South-Eastern Finland University of Applied Sciences XAMK officially announced the construction of a new exhibition and sports center, as well as a university campus on the territory of the Kotka Old Port project. It’s expected that the construction will complete in 2020 and attract over 3,000 students, lecturers and other employees to Kotka Old Port. “We came up with the idea of the Twin campus project during the presentation of the new Finnish campus that took place in the House of Finland in St. Petersburg. We decided to combine our efforts, as both Finnish and Russian companies experience particular difficulties in going international. In both Finland and Russia, universities are often criticized for not working with business actively enough. There were also several other aspects associated with Green Campus and Smart City technologies that both universities are interested in,” comments Igor Kuprienko.

Several months later, a delegation consisting of representatives of the Kotka City Council and the regional development council came to ITMO. By that time, the university had already formed a workgroup that prepared the first version of the project. As a result, the sides agreed to prepare an application that was later approved by all of the consortium’s participants, as well as the associated committees of St. Petersburg City Administration.

The project’s main objective is to give hi-tech projects an opportunity to develop on the international market. It is expected that Russian and Finnish industrial companies will move to ITMO.Highpark or have offices there. Thanks to that, technologies developed at ITMO University and enterprises based at the university will get access to new markets.

According to Igor Kuprienko, the project will not only allow ITMO University to study the Finnish experience of developing and introducing Green Campus and Smart City technologies, but also ensure joint promotion of the campuses’ new services on Russian and international markets, as well as expand their partner networks on the international level. What is more, the project will provide for a closer collaboration between universities and the industry, facilitate the role of universities in modernization of traditional companies, and also improve the opportunities for cross-border cooperation of the two regions and create the environment for developing new hi-tech enterprises.

“In relation to this project, ITMO University has a series of tasks. One of these tasks has to do with promoting cooperation on regional and international levels in accordance with the triple helix concept, in other words cooperation of a university with the government authorities and business. It was thanks to such cooperation that ITMO.Highpark project received support in the first place. Not only will we develop cooperation with our Russian partners by focusing it on particular tasks, but also bring these connections to an international level,” explains the head of ITMO's Project Activity and Fundraising Unit.

He adds that amongst the university’s other tasks are supporting ITMO’s small innovative enterprises and bringing them to the international market, as well as helping them with fundraising.

The project is designed for two and a half years, and is to be completed no later than December 31, 2021. During this time, the partners are planning to create no less than ten new companies that will be based at the participating universities, as well as involve at least 50 existing companies from both sides for the purposes of modernization and internationalization of their business.

Being a leading partner in the consortium, ITMO University has to enter a grant agreement with the governing body of South-East Finland-Russia Cross-Border Cooperation 2014-2020 program by the end of this year. After that, similar agreements will be concluded between ITMO University and all of the project’s partners in both Russia and Finland. The project’s governing body will be elected at its kick-off meeting, and will be responsible for the project’s general conduct and coordination.

However, Igor Kuprienko stresses that it is the project’s continuous development even after the completion of its planned tasks that will be a true merit of its success.

“In this regard, I want to note that the project was being developed with ITMO strategic development goals in mind. Even after the construction of ITMO.Highpark, we will still continue to develop the concept of an entrepreneurial and international university, and commercialize innovations developed at ITMO, he comments. This way, the Twin campus project will initiate new aspects of our development and provide some financial support for this activity. And the university’s general development strategy will ensure the consistency of the project’s results in the future.”