ITMO University has recently hosted a scientific seminar of the National Center for Cognitive Technologies. ITMO.NEWS spoke to Anna Lutsenko, the Deputy Director of eScience Research Institute, and Klavdiya Bochenina, an associate professor at the Institute of Design & Urban Studies, about the Center’s development plans. 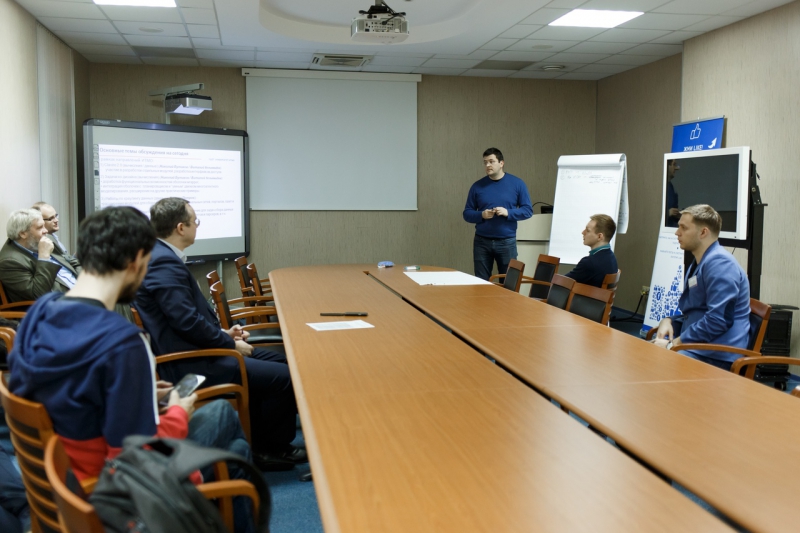 What can you tell us about the recent seminar?

Anna Lutsenko: The seminar took place on November 22-23. Its first part included lectures by leading scientists and industry members from the Lomonosov Moscow State University, the Kurchatov Institute, ITMO University, the Warsaw University of Technology, and MTS. The lectures focused on the theoretical and practical achievements in cognitive technologies and machine learning in a wide range of fields: from social media analysis to the study of urban spaces.

The second part was more practical in nature. We conducted six meetups, which the participants could choose from by taking a survey and joining a work group. Each meetup was moderated by ITMO University staff. Our participants were specialists and developers in the field of machine learning and cognitive technologies from among the staff of companies and universities involved in the consortium.

The event’s main goal was to facilitate the exchange of skills between the specialists of different kinds and to outline the Center’s key directions for future development during a brainstorm session.

Klavdiya Bochenina: The Center is intended to become a go-between in translating the results of research to the industry. Right now, the NCCT acts as a sort of a hub where our industrial partners can communicate with the members of academia.

Were students also invited to the seminar?

K.B.: Our Master’s and PhD students attended the lectures, learned from their experienced peers during the meetups, and proposed their own solutions. We think that events such as this aren’t just beneficial, but necessary for students.

A.L.: To young specialists, participation in such projects is an opportunity to feel like part of a team. They asked us interesting and relevant questions, and our partners in the industry are very much interested in involving young specialists in developing new solutions.

K.B: Students can see that the education they are getting is relevant to the needs of the actual industry. For instance, our Master’s students start working as part of scientific teams on real-world projects as early as in their first year. They have the opportunity to do internships with our business partners. We see the consortium as not just an organization to connect the industry and the academia, but also as a place where we can accumulate competencies in the field of cognitive technologies and machine learning, and then systematize that knowledge, develop new educational standards and launch educational programs.

What forms of partnership are you planning to be involved in?

A.L.: We’re developing network programs with other universities, and corporate programs with our industrial partners. Several corporate programs, including ones with MTS and Sberbank, have already been launched. These are important for both ITMO University and the industry, as they let young specialists communicate with their future employers, write their theses based on real cases, and find work relevant to their majors. Of course, we’re also interested in involving young developers in project work at the NCCT.

K.B.: In the last year or so, we’ve seen a rapid increase in the number of clients who come to us with projects on applied data analysis. The extraction and proper usage of patterns from Big Data (which is what we need machine learning and cognitive technologies for) is not just an advantage these days, but a full-on necessity. Those who choose to stay out of the race risk being left behind.