The developers claim that their client of the popular social media platform is 40% more efficient than any previous versions. Moreover, its users no longer have to worry about possible blocking and data leaks. Here’s everything you need to know about the app and its features. 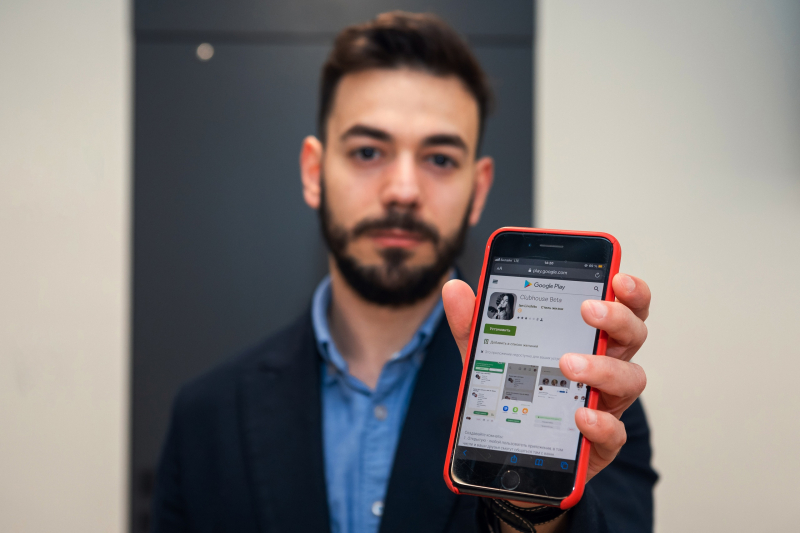 Ever since Clubhouse (only available as an iOS app for now) began to grow popular, developers around the world have been trying to create app clients for Android users. Among those who decided to step into the game were ITMO students known for their Firstep dating app.

“I thoroughly examined the platform, its mechanics, and concept to get the idea of how its works,” says Yan Slavkin, a PhD student and one of the developers. “I asked my friend Leonid Gavrilov, an ITMO graduate and a designer, to help me with the interface and it took us around 20 hours to come up with a draft. Together, we created user flows and screen states in Figma and started to work on a prototype. Then, we gave the finished layouts to our Android developer Ivan Lovlin who was also engaged in the creation of the service and its engine together with Aleksandr Pakhomov.”

It is at this point the team learned that the ITMO graduate Grigory Klyushnikov was the first to develop a Clubhouse client for Android and present his project on Github.

“The team was upset by the news,” recalls Yan Slavkin. “But we still could be the first to publish our app on Google Play Store. It boosted our morale, and we kept on working. I believe that competition is a good thing: that’s how the best products are created. It also turned out that Grigory Klyushnikov is actually a former classmate of one of our team members. So, we know him but never talked in person.”

According to Yan Slavkin, the entire app was built in six days.

“First, we prioritized the tasks, determined the scope of work, created an action plan, and prepared the necessary functionality and ways of its implementation. And while the prototype was going through the moderation process, we finished the second version of the app,” he adds.

The team was worried that their client would not be approved even though they noted that they have no plans of competing with the official Clubhouse client. Their goal was to give Android users the opportunity to explore the new platform. Finally, on March 4, it became available for download in Russia.

The app makes it possible to enjoy most of Clubhouse’s functions on an equal footing with iPhone users. Its users can receive and send invites, create public, open, and closed rooms. Yet they can’t become room moderators or raise their hand during a conversation.

“The main thing is that we managed to create a service that helps Android users bypass network blockages,” emphasizes Yan Slavkin. “Based on emulation, our system allows them to use the platform without being blocked. Before release, we tested our program and it functioned well. Now, we’re putting some finishing touches as the system proved not to work incorrectly in 20-30% of cases. About 25% of users can’t register yet but we’re doing our best to solve this problem.”

The interface is fully localized for Russian people. Now, the developers aim to promote their app in the CIS countries and attract users from English-speaking countries. At the same time, the client will continue to exist only till the release of the official version of Clubhouse.

“When Clubhouse will introduce an app for Android users, we will probably remove ours from Google Play. Perhaps, we’ll turn this app into a separate service with its own features,” concludes Yan Slavkin.